Redeeming Love: A beautiful retelling of Hosea…but you might miss the message 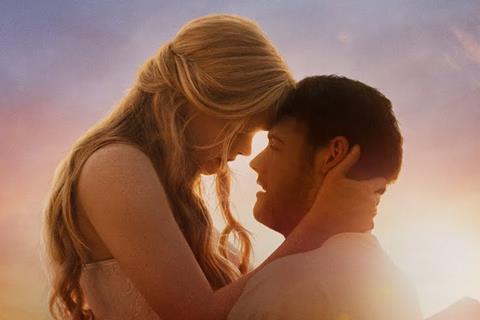 The year is 1850. The place: Pair-a-Dice, a dusty, Californian town in the gold rush era. Michael Hosea is unloading produce from his farm when he notices a beautiful girl walking down the street. He learns that her name is Angel, and even when he is told she is a prostitute, he doesn’t change his mind: he knows this is the girl he’s going to marry.

New movie Redeeming Love is based on the popular novel of the same name by the US Christian fiction author Francine Rivers. Fans of the book will be reassured to know that Rivers co-wrote the screenplay, and is listed as one of the executive producers; it is clear she had a certain amount of control over how her story was told.

For it is, in part, her story. Rivers states in the book that Angel’s journey in some ways reflects her own – not her journey to finding a husband, but to finding and learning to be loved by God. It also takes inspiration from the biblical book of Hosea, in which the prophet is instructed to marry a wayward woman. God tells Hosea his wife will be unfaithful to him, but each time she is, Hosea is sent to find her and bring her back. This powerful, prophetic enactment of God’s love for his wayward bride, Israel, is what gives the novel its emotional drive and has made it so transformative in the lives of millions of readers. Sadly, the biggest – perhaps the only significant – weakness of the film is its failure to adequately convey this deeper message.

It is a beautiful film – beautifully shot, beautifully lit and beautifully scored. The pacing and story arc are well executed, and it never drags (avoid watching the trailer; it conveys entirely the wrong impression about the content and structure of the film, and may well put off viewers who would otherwise enjoy it). On a couple of occasions the director showed both violence and nakedness more explicitly than was necessary – one scene was particularly disturbing. But for the most part the sex and violence associated with Angel’s life in a brothel were implied and discreetly veiled.

The plot, essentially, is that of a standard romance – boy meets girl, woos her and wins her, then loses her and has to win her back. Only this time he then loses her again, and neither time is because he has messed up or concealed the truth about himself from her. Both have been very honest with each other, but Angel isn’t used to being loved, or to being able to trust. Her past haunts her, and she wants Michael to have someone better. Can she learn that he truly loves and wants only her?

the faith element is a subsidiary part of the narrative, and the story stands on its own merits

The film works fine on this level. Both the storytelling and the cinematography are of sufficiently high calibre that it could easily pass as a mainstream film. Non-Christian viewers might be a little confused by the Bible verse at the beginning, and one or two scenes of Michael praying, but the faith element is very much a subsidiary part of the narrative, and the story stands on its own merits without any understanding of the deeper themes.

Yet without the deeper themes, what is the movie’s purpose? The message is far from clear: is it just Pretty Woman set in another era – a prostitute rescued by a good man? Is it about Angel finding her true self and choosing who she wants to be? Is it about good triumphing over evil?

The title should give the clue: the theme is God’s redeeming love for his bride. His people were trapped in slavery to a cruel master, so he paid their debt to set them free. Yet even once they were free they returned time and again to their adulterous ways, driven by shame or fear or just the allure of other gods. But through it all, God loved them and longed for them to return to him. 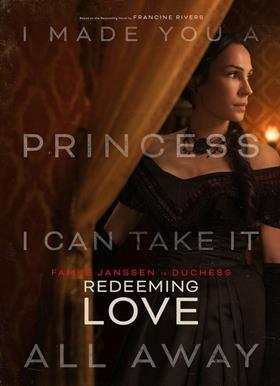 This is the God we have come to. A God who loves us this much; who pays the price to buy us back from our enemy; who forgives our sins and waywardness time and time again; who never stops waiting for us to come home. The book conveys this so well; the film hardly at all, unless you know to look for it. And this is a real shame, because it would otherwise be an excellent way into conversations with unbelieving friends.

With its title and poster image suggesting little more than a steamy romance, however, and its content delivering little more, this film will likely fare poorly in cinemas, and may not have the kingdom impact its source material deserves. What a shame that such excellence in film-making hasn’t resulted in a more brilliant film.

Redeeming Love is in UK cinemas from 16 September