Julian of Norwich and Margery Kempe had mystical experiences of Christ. This novel explores their lives 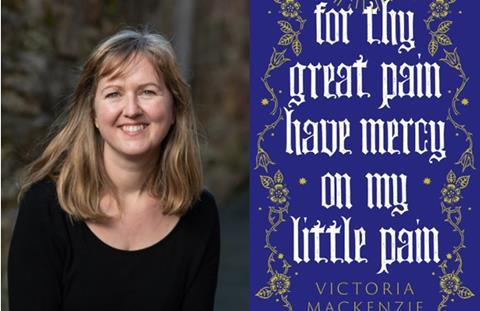 Six hundred years ago two extraordinary women lived in Norwich. They didn’t know each other, and only met once – and even then they didn’t see each other, but spoke through a curtain. Their names were Margery Kempe and Julian of Norwich.

This book is a fictionalised account of their stories. The title is a quotation from Margery’s words shortly before she travelled to speak with Julian.

Julian of Norwich was an anchoress – she lived in seclusion in a small cell attached to the Church of St Julian in Norwich. Very little is known of her life, except what she wrote in her book, Revelations of Divine Love. This is an account of 16 visions or ‘shewings’ that she received during a serious illness in 1373. Her book – the first work in English written by a woman – is a highly regarded work of theology, speaking of the great love of Christ for the world.

Margery Kempe lived in Kings Lynn. She was uneducated, as was typical for women at the time (and indeed for most men), and she too received ‘shewings’ from God. Her story comes to us through the book she dictated to a scribe, The Book of Margery Kempe – the first autobiography written in English.

We know from Margery’s book that she visited Julian in 1413, when she would have been around 40 and Julian 71. Victoria MacKenzie has crafted an imaginative account of what the lives of these women might have been like up to this point, and how they may have come to meet each other.

The story is told in the first person, alternating between the two writers, and gives us a glimpse into what life in medieval Britain must have been like for women. Both of them were heavily criticised for speaking about the visions they had seen, though in this account it seems that Margery at least was decidedly unwise in the way in which she spoke. She would stand on street corners preaching loudly, and would often weep loudly in public when she thought of the Lord’s suffering.

Julian, on the other hand, was much more quiet and reserved, committing her visions to writing, and being cautious of who she spoke about them to. We don’t know how her writings were preserved. Perhaps, as MacKenzie imagines here, she entrusted the manuscript to Margery.

Imagining the wider story of historical figures can provide a compelling introduction to their lives and works, and this book will likely inspire readers to explore the writings of Margery and Julian.

Readers already familiar with the works may find this book an enjoyable way of bringing colour and life to Julian’s theology, and of trying to get inside the minds of such unique women. They are not over-romanticised – indeed, Margery comes across as boastful and proud, and does not seem to grow noticeably more Christlike as a result of knowing and loving him so deeply. Julian is portrayed as a real woman, not a saintly paragon, who experiences struggles with the solitude of her chosen life. 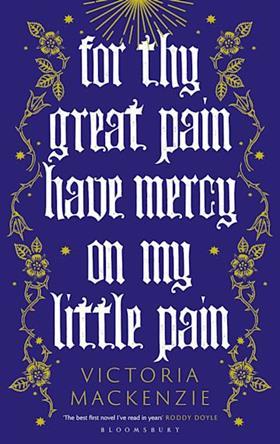 MacKenzie has done a good job of bringing two distinct voices through in the book, and of painting a vivid image of life in 15th century Norfolk. Pointers to further reading to learn more about their known history would have been helpful for those who are curious.

Some readers may struggle with some of the theology these women taught, and with the very concept of divine revelations. They were given in a time when the Church in England was thoroughly Catholic, and the theology they contain reflects that in some ways. Yet Margery and Julian were clearly remarkable women, and this book is a highly readable, creative imagining of their lives and meeting.