Kanye West is rapping about Jesus again. But don’t get too excited. Donda is a flawed project

Donda is a tribute to the rapper’s late mother, and examines the healing power of faith. But the album also has a much darker side, says Aaron Loose 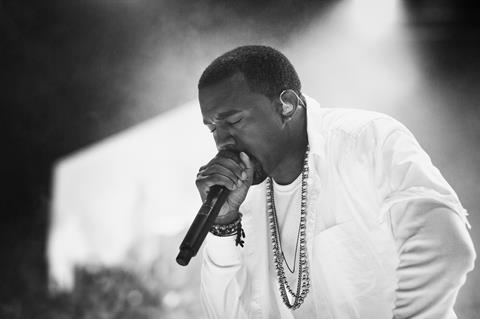 As the lengthiest album in Kanye West’s once unimpeachable songbook, Donda is a difficult equation to balance. It is named in honour of the rapper’s beloved late mother, Dr Donda West, a trailblazing academic who died in 2007 due to complications arising from cosmetic surgery. The stark black cover, then, is a monument to West’s central theme – how do we cope when the people who nurtured our dreams, from so early on, become abruptly absent? Occasionally, the record feels like a heartfelt attempt to show how loss might be healed through faith. Opener ‘Donda Chant’ is less like a song than a litany, in which Donda’s name is repeated over 58 times. However, like many of West’s latter-day work, it’s an album where the sublime highs are often undercut by a refusal to follow its loftier ideas through.

What Donda mostly offers is proof that West can still orchestrate a captivating moment. ‘Jail’ batters down the chapel doors with an unhurried verse from JAY-Z, who meets the blockbuster occasion with an eerie calm. ‘Hurricane’ rolls into earshot like a wrathful omen, before flowering into a gorgeous R&B prayer sung by The Weeknd. There are cathedral-sized epics, like ‘Jesus Lord’, in which West wonders if he’ll see heaven, and whether his mother will be there to welcome him. The widescreen music is audacious, hopscotching between Gregorian chant, churchy organ, and supercharged New York drill.

Lyrically, the verses have tightened up. On Jesus is King, West’s evangelical raps were distracted sketches, rough sermons lacking in the vivid personal detail that once propelled his finest songs. ‘Lord I Need You’ is a welcome movement towards a more human ministry. The cut is about West’s pending divorce from Kim Kardashian, but don’t run away just yet. Listen to how West swaddles the track in a frayed blanket of gospel choirs, as he pleads for God to “wrap your arms around me in mercy”. It’s a touching verse, a sign that Donda is keenly interested in how believers lean on faith during seasons of failure.

If people were blindsided when Jesus is King won the Grammy for Best Contemporary Christian music, it’s only because they hadn’t been listening closely enough. Even before he stood on a stage with megachurch pastor Joel Osteen, West always identified as a deeply Christian artist, a fallible prophet who dressed himself in designer Louis Vuitton despite his spiritual self. On the towering 2003 masterpiece Jesus Walks, West sneered at hip-hop radio, cattily noting “They say you can rap about anything except for Jesus / That means guns, sex, lies, videotape / But if I talk about God my record won’t get played, huh?”. It’s the upstart anthem of a Christian revolutionary who knows his victory was foretold long ago, by a single black mother who believed he could achieve anything at all. 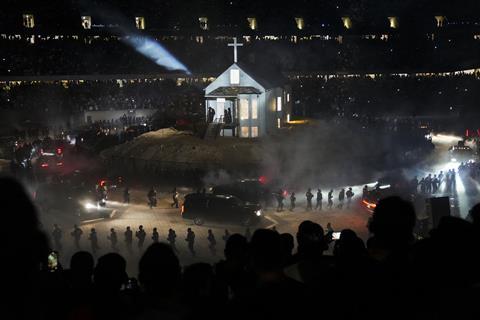 Things have changed. Since 2003, West lost his mother, married a global reality television mogul and experienced a high-profile divorce, all the while wrestling with an undiagnosed bipolar disorder in the scorching view of the 24/7 media cycle. In the present, his public declarations of pop piety no longer sound so cocksure but are instead rooted in genuine vulnerability. On ‘Come to Life’, West forgoes rapping and instead sings sweetly about something new: a complete surrender to a power higher than Yeezy. The instrumentation is luscious prog-rap, threading a fluttering animé style piano figure between electric guitars that riff harder than any Christian metal you can care to mention. Sure, maybe it’s disingenuous for a billionaire to talk about wanting another life, but liberation has always been Kanye’s guiding theme. When he cries “This is not about me, God is still alive, so I’m free / Floatin’ on a silver lining, floatin’ on a silver lining”, the effect is spine-chilling. You can picture West floating upwards, away from the Instagram subliminals and the juvenile rivalries.

Try listening to ‘New Again’ where convicted domestic abuser Chris Brown lazily croons about “repenting for all the things I’ll do again”, without leaping for skip

It’s a shame, then, when Donda deviates from warmly inspirational melodies for crass hypechasing. Maybe West did intend Donda as a loving tribute to an important black woman. It didn’t turn out that way. His decision to collaborate with Marilyn Manson, who is currently subject to multiple allegations of sexual abuse, is an unforgivable insult to marginalised rap fans. Try listening to ‘New Again’, a sleepwalking house track where convicted domestic abuser Chris Brown lazily croons about “repenting for all the things I’ll do again”, without leaping for skip.

Donda is a compromised project. No amount of freethinking can justify West’s choice to manacle his mother’s name to men who, frankly, hate women. Yes, there are flashes of brilliance here – ‘24’ is a truly cathartic gospel song, where another jubilant chorus repeats “God’s not finished”. Indeed, God may not be finished with Kanye West. That doesn’t mean you need to put up with him, though.

Donda by Kanye West is out now

Aaron LooseAaron Loose is a freelance journalist working in news, culture and music.