Freedom: Justin Bieber’s Gospel EP is all about grace

Pop superstar Justin Bieber has released a surprise EP. And many of the lyrics position Christianity as a transformative grace, says our reviewer 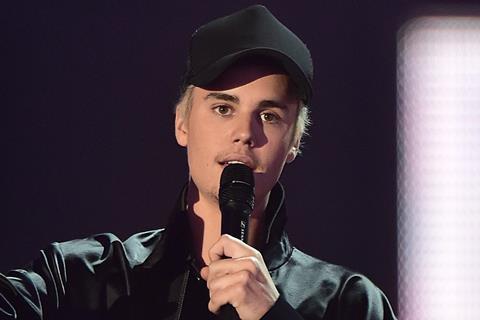 The announcement about Freedom was not particularly explosive. Bieber tweeted a screenshot of the title, casually typed into the Notes App, and the EP was out in the world. As I write, it is the second most popular record on the worldwide iTunes album chart. 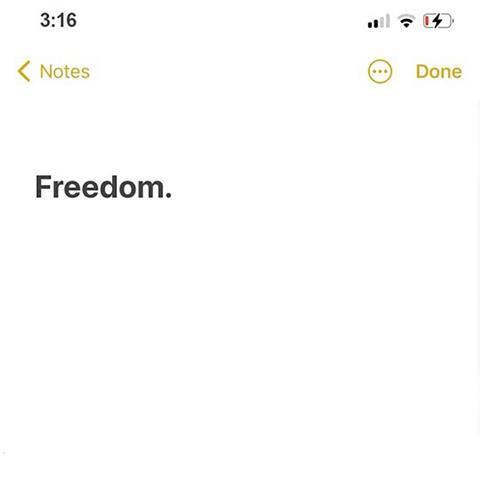 Although Billboard describes Freedom as “gospel-inspired”, the record sounds less like ‘Amazing Grace’ than a professional songwriter’s best effort at making pleasant chartoppers. The music cherrypicks its rhythms and tones from what you might call contemporary pop’s reliable tentpoles; opener ‘Freedom’ is a summery prayer that invokes the dancehall vibes of a mid 2010s Drake single, whereas the gorgeous jangle of ‘Where You Go I Follow’ nudges towards dreamy contemporary R&B.

Sonically, Freedom is a pretty handful of songs, if not a particularly challenging one. What differentiates Freedom from Justice - his long playing 2021 comeback album - is a sense that Bieber’s evangelical purpose is indivisible from the lush music.

Let’s be honest; Justice really was an activist cry for a more equitable world in name only, a wannabe What’s Going On that was less interested in facing the inner city blues than essaying the horrible inner lives of pop stars who are terribly misunderstood on a daily basis.

In fact, almost immediately after Justice dropped, Biebs sped to address his controversial decision to sample Dr Martin Luther King on the album. It’s a really weird choice; Dr. King appears in ‘MLK Interlude’, which features a recording of the civil rights organiser delivering a sermon titled ‘But if Not’ at the Ebenezer Baptist Church in Atlanta, Georgia in 1967. It’s a tonal misstep that cheapens Dr. King’s ever-relevant teachings.

Although Bieber’s social justice credentials are easily mocked, his Christian faith is harder to dismiss. Look at what he has accomplished here. Bieber, a global artist whose every Twitter like is guaranteed an audience of millions, has turned his platform into the biggest megachurch stage.

‘Where You Go I Follow’ isn’t just a tender retelling of the Easter Story. The R&B ballad also has a very notable feature - Judah Smith, the social media savvy pastor who trades texts with Bieber every day. The song concludes with Smith intoning an uncut cry of praise to God. “Has he defeated death, Hell in the grave and sin itself / If so, there is nobody like Jesus”, he declares in a warm baritone - you can imagine why Bieber would look to this man for counsel.

Although Bieber’s social justice credentials are easily mocked, his Christian faith is harder to dismiss

Smith’s booming voice hovers over atmospheric synth-bass, and it doesn’t sound like a pious act of holiness. It’s not a 30 second interlude, a skippable snippet so short the Spotify algorithm doesn’t count up the streams correctly. It sounds like a complete musical thought. Smith’s miniature sermons, which recur throughout the EP, are essential parts of the songwriting architecture, like a fragment of stained glass in a larger window. This isn’t tacked on Christianity. He means every word.

In fact, Bieber’s lyrics position Christianity as a transformative grace. Bieber told Complex, “I shouldn’t be on the planet still. I think it was by the grace of God.” You might find you enjoy the EP more if you consider Bieber’s own conversion story. In 2014, Bieber was at his lowest ebb. The tabloids were spotlighting Bieber’s every misstep, which included substance abuse, physical assault, and property damage. Bieber approached Carl Lentz, then the pastor of Hillsong Church, and pleaded for guidance. Bieber was baptised that very same night, and the experience changed both him and his music.

Bieber told Complex, “I shouldn’t be on the planet still. I think it was by the grace of God.”

When we discuss Justin Bieber - a child prodigy whose greatness was recognised in the early 2000s by none other than Usher - our immediate reaction is to make fun of him. Why not? Look at that infamous mugshot. It’s an overgrown white frat boy with an expensive haircut and an orange jumpsuit, grinning at the lens, treating a serious drink driving charge like a glossy photoshoot for Rolling Stone. Now look from another angle. You might see a broken teen idol who lived in the public spotlight’s white heat since before he could drive unsupervised.

Freedom is intended to provide succour during a time where the personal, social, and spiritual aspects of our lives are being tested every day. On the hushed piano ballad ’Where do I Fit In’, Bieber has a talk with God, and notes, “You say the past is behind me and it’ll be alright / And you say to me, it’ll be alright”.

For the pop burnout turned faithful survivor, the Easter story is a promise that through Christ, everyone can be redeemed, revived, and remade anew. For that reason, Freedom is a valuable document of transformative faith.

Aaron LooseAaron Loose is a freelance journalist working in news, culture and music.