How to become a tyrant: 3 things Christians can learn from the Netflix series

You can’t compare the recent slew of fallen Church leaders to brutal dictators like Gaddafi or Amin. But but look closer, says Ben Cohen, and there’s plenty for Christians to reflect on among the blood and gore 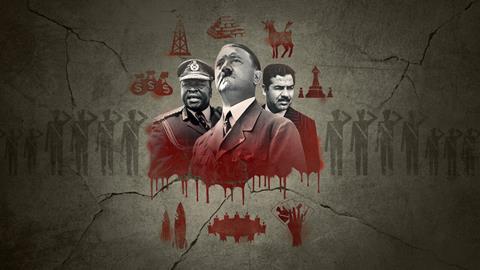 Two episodes into How to Become a Tyrant, Netflix’s new the six-part docuseries, I was moved to conduct an experiment – feel free to try this yourself…

Type the words “Christian” and “power” together into a search engine. The first time I tried, Google assumed I must have mis-typed and offered me results for “Christian PowerPoint”.

Trying again, I saw a curious hodgepodge of results: reflections on God’s mighty power, a group of Christian bodybuilders called the Power Team, “Power Worship”, and much more. Rather less in evidence were reflections on human power; for instance, how we exercise it over each other and how we should handle it differently as Christ-followers.

There is only room for one God in a dictatorship: the dictator themselves

It seems that, unlike money and sex, how Christians “do” power doesn’t seem to excite much curiosity. As I kept watching How to Become a Tyrant, I became more and more convinced that this was a big, big, problem for the Church…

A look at the playbook

The show lays bare what it calls “the playbook” for becoming a successful tyrant. Each episode picks out a key principle and selects a (deceased) dictator to illustrate the despotic rules of engagement.

We learn How to Seize Power (Hitler), How to Crush Your Rivals (Saddam Hussein), How to Reign Through Fear (Uganda’s Idi Amin) and so on. If that sounds like a tough sell, with the likes of The Kissing Booth and The Octopus My Teacher vying for your leisure time, you may be surprised - although I won’t say “pleasantly”. The producers have worked hard to make a show filled with tales of bloody revenge, torture and brainwashing, well, entertaining.

If anything, the show tries too hard not to be worthy. How to… bombards the viewer with a torrent of animations, talking heads, historical footage and some frankly bizarre film clips to illustrate its many good points. It is close in spirit to Michael Moore’s high-octane jump-cut documentary films like Fahrenheit 9/11. This approach lurches between being the show’s biggest strength and its weakness.

Unlike money and sex, how Christians “do” power doesn’t seem to excite much curiosity

The promotional blurb describes How to… as a “sardonic docuseries” and “sardonic” is spot on. As we learn of putsches, bloody coups and brutal wars, you can hear narrator (and co-producer) Peter Dinklage playing the gallows humour for all it’s worth. He describes the uniform of Idi Amin’s barbaric intelligence agency, the State Intelligence Bureau (floral shirts, smart jackets, and bell-bottomed trousers – this was 1973): “But despite the cool threads,” he quips, “these are probably not guys you’d want to party with.”

All this probably makes How to Become a Tyrant an extra-strong case of docu-Marmite. However, if you can cope with the gallows humour, this is a hugely informative and accessible show. And there are some important messages for Christians:

1. Human charisma is not divine anointing

I don’t want to suggest that any of the recent slew of disgraced Christian leaders came close to the tyranny of Mao or Gaddafi. However, as I learned about the show’s playbook of power, I saw some unnerving parallels.

The dictators in How to… were charming and charismatic. They offered their nations hope at moments in history when they felt humiliated and hopeless. They were brilliant orators and learned how to brand themselves and their movements every bit as skilfully as McDonalds or Coca Cola.

Again and again, it is exactly this kind of charisma that beguiles us in the Church as well. With attendance in decline, they offer the promise of unlimited growth or religious revival. Like many people, I have been listening to The Rise and Fall of Mars Hill podcast with a grim fascination. How was Mars Hill’s leader, Mark Driscoll, allowed to throw fellow pastors “under the bus” (as he openly boasted) solely for asking difficult questions? Driscoll was “the goose that laid the golden egg”; a prodigiously talented and charming man who helped to build and brand an empire. And through his charisma, and undoubted talents as a communicator, he was bringing a missing generation through the church doors. The results spoke for themselves. Do you really want to be the one to put all that at risk by blowing the whistle on his abuse? For too many people, over too many years, the answer was “no”.

It is time that our churches had a properly outworked theology of human power. We need to be primed to spot and stand up to the seductive charm of the narcissist, or even the psychopath, even if (or especially if!) they profess to be a Christian, are part of our church congregation or are in leadership over us.

2. “Jesus is Lord” is still the most revolutionary statement we can utter

Working at the charity Open Doors, I see the danger Christians put themselves in by proclaiming this truth. In How to… we are told there is only room for one God in a dictatorship, and that is the dictator themselves. Sure, there may be room for some existing institutions, provided they are compliant and subservient. In China, troublesome churches are demolished, their leaders imprisoned and whole congregations tracked with surveillance technology.

Meanwhile, in North Korea, the ruthless Kim dynasty are portrayed as divine. It is no coincidence that North Korea is also the most unforgiving nation in the world to follow Christ. If you are discovered with a Bible, you are guaranteed a one-way ticket to the nation’s re-education camps. You are unlikely to emerge alive.

While we have the freedom to say “Jesus is Lord” in the West, we need to be praying for, supporting, and speaking out on behalf of believers around the world who risk everything when they place Jesus first.

3. Standing your ground is worth it

Perhaps the most inspiring moment in the six-part series comes towards the end of Ugandan president Idi Amin’s brutal reign. Janani Luwum, the Anglican Archbishop of Uganda, spoke out about the violence of the regime. In response, the president accused the archbishop of plotting an armed “Anglican uprising”. Luwum refused to sign a fake confession. Amin went to the archbishop’s cell and urged him to reconsider. All Luwum would do was to pray for mercy upon Uganda and its leaders. It is alleged that it was the president himself who pulled the trigger on the archbishop – later claiming that the bullet-ridden primate had died in a car crash.

However, the nation was not persuaded by the official version of events. The archbishop was well loved for his integrity and his murder only solidified the sentiment in Uganda: Amin had to go! Two years later, Idi Amin fled into exile, never to return. Janani Luwum was not seduced by human power, nor tempted to compromise, and neither should we be.