Did God give Britain victory in past wars because we prayed? This book says so, but its sources are flawed 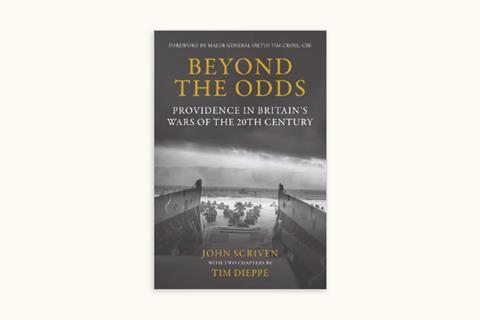 Britain fought amazingly well in the great wars of the twentieth century. In Beyond the Odds, John Scriven provide engaging and detailed accounts of incredible bravery, luck, and courage by British soldiers and generals during the First and Second World Wars and the Falklands War.

In two fascinating chapters Tim Dieppe also explores the siege of Malta and the religious beliefs of Winston Churchill, arguing that although we cannot know what was in his heart, there is strong evidence “that he believed in God, that he prayed, and that he trusted the Bible”.

The main argument of the book is that God gave Britain victory in these wars because the country’s leaders sought after him in prayer and acknowledged his hand in war and diplomacy. Most of the evidence for divine intervention comes in the form of favourable weather or inexplicable decisions such as Hitler halting his tanks outside Dunkirk and therefore giving the British a chance to escape. Scriven and Dieppe report these incidents alongside accounts of National Days of Prayer, suggesting that a nation which prays together will be victorious.

Unfortunately, the book is not always based on reliable sources. The evidence for the angels of Mons, for example, comes from a polemical text by a journalist in 1915 and a 1999 book on the same topic. Neither cite their sources or come close to meeting academic standards of reliability. Similarly, reports of a vision of ‘white cavalry’ at the Battle of the Lys (1918) come from The Household Brigade Magazine in 1942, a propaganda source written by and for the British army during the Second World War. The evidence for reports of angels at the capture of Jerusalem in 1918 is no better, coming from a book on prophecy written in 1993, with no collaborating testimonies. Failing to discern between scholarly and non-scholarly sources does not make for good history, just as it is poor theology to speak, with Churchill, of these wars as being about ”the survival of Christian civilisation”.