Another In the Fire: The meaning behind the worship song that's getting Chris Pratt through

Actor Chris Pratt recently took to Instagram to thank God for helping him through tough times, saying the Hillsong United anthem had deeply impacted him. But what was the inspiration behind the song? Music journalist Tony Cummings explores 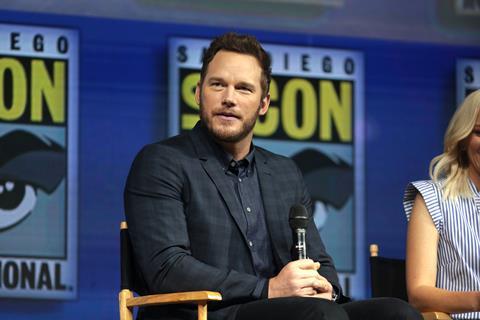 Chris Pratt, best known for Hollywood blockbusters such as Jurassic World and Guardians of the Galaxy, was feeling depressed and under attack from internet criticism. Deciding that a run through the woods might help, he plugged in his headphones and listened to some worship music. Later, he shared in an Instagram post how much Hillsong’s ’Another in the fire’ had spoken to him: “I don’t get emotional that often but I actually got emotional there in the woods. I just felt that there was another in the fire standing there next to me… That moment, it really captured me. So I just want to say, all glory to God.”

Australian songwriters Chris Davenport and Joel Houston were both also going through very difficult circumstances when they decided to write a song about a lack of resolution in the Christian life and how, sometimes, our expectations and prayers don’t seem to lead to divine intervention. Also, as Joel asserted in a recent YouTube interview: “Confession precedes belief”. Sometimes we need to speak out spiritual truth even before we can fully apply it to the circumstances of our lives.

The inspiration for ‘Another in the fire’ came after the title popped into Davenport’s head one Sunday in 2009. It’s a phrase you’ll find in one of the Old Testament’s most renowned miracles. Daniel 3 recounts how three devout followers of Jehovah, Shadrach, Meshach and Abednego, were commanded by a deranged king Nebuchadnezzar to bow down and worship an image of gold or be hurled into a fiery furnace. The three men refused, asserting that God “is able to deliver us from it” (v17) but then, with remarkable courage, added: “But even if he does not, we want you to know, your majesty, that we will not serve your gods or worship the image of gold you have set up.” (v18). In a rage, Nebuchadnezzar stoked the furnace seven times hotter than usual, and had soldiers bind the men and throw them in. The flames were so fierce that the soldiers were incinerated instantly. But when Nebuchadnezzar looked, he saw four, not three, people walking around in the flames, totally unscathed. The Bible describes the fourth man as looking "like a son of the gods” (v26) and is widely accepted to refer to the pre-incarnate Christ. Shadrach, Meshach and Abednego stepped out of the fire without even “the smell of fire on them” (v27), and Nebuchadnezzar fell to the floor, in awe of the living God.

Davenport took the phrase “another in the fire” and slowly crafted the lyrics for a chorus. He wrote of another miracle - God holding back the Red Sea for the Israelites as they escaped from Pharaoh’s vengeful hoards (Exodus 14). Then, after his succinct accounts of deliverance from incineration and drowning, the songwriter touched on the greatest rescue story of all - humankind’s deliverance from eternal death: "And should I ever need reminding / Of how I’ve been set free / There is a cross that bears the burden / Where another died for me”.

A reckoning of faith

But completing the song was a major struggle for Davenport. Of that period, he later said: “I was ready to walk away from the song because I was honestly getting to a point where I was like: I don’t know if I believe what I am writing… The week before the creative conference where we recorded the album, I had to message Joel and say: ‘Our boy, he’s gotten his official autism diagnosis.’ That really sucked for me. I felt I was doing everything I was supposed to be doing, like speak faith in the future and all the things we get told to do. And so I was pretty upset and I didn’t want to go to [the] creative conference anymore.” But then he had a change of heart: “Alright, I’m going to get this room to sing for him and I’m going to make the enemy regret his decision to try and throw this in my face. I’m going to go so hard and I’m going to just leave it all on the platform. So we did the song and I feel it was electric.”

In one verse, Davenport wrote about a grace when the “heart is under fire”,  where we can “look at the space between where I used to be and this reckoning.” He had come to a personal realisation that we are never alone in our times of trial and suffering. God is with us in every battle we go through, fighting right alongside us. Perhaps it was this sentiment that spoke so powerfully to Chris Pratt also, and continues to resonate with so many of us in our everyday lives.