Against The Tide: Watch John Lennox provide evidence for God in the age of science

This is a well-polished and engaging documentary that bucks the trend when it comes to Christian filmmaking, says Justin Brierley 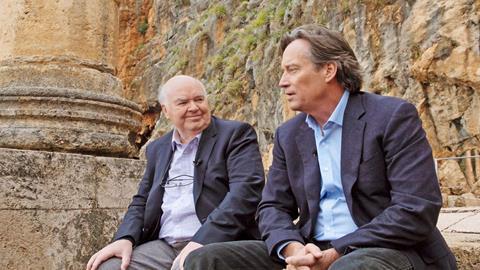 Over the past two decades John Lennox has become one of the most well known voices in the battle between Christianity and atheism.

Lennox, an emeritus professor of mathematics at the University of Oxford, has written numerous books in defence of Christian faith and debated some of the best-known atheist personalities on stages around the world.

Against the Tide is a documentary that charts his life and career, with a particular emphasis on his mission to stand against the ‘tide’ of scientific materialism embraced by so many of his atheist colleagues. Lennox’s own academic background, combined with his personable Irish charisma, have made him a perfect match for the intellectual grandstanding of the New Atheists. The film frequently references his onstage clashes with public intellectuals like Richard Dawkins and the late Christopher Hitchens.

Presenting and co-producing the documentary is Kevin Sorbo, a Christian actor who starred in the God’s Not Dead film franchise. Sorbo looks like a suitably awestruck American tourist as he tours the University of Oxford with Lennox and interviews him in the beautiful observatory tower of Lennox’s own Green Templeton College. 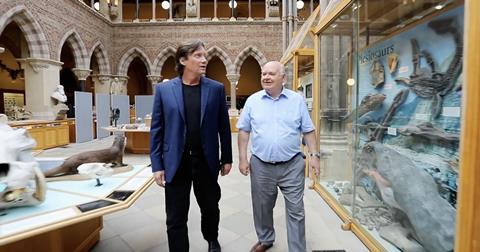 Through interviews and archive debate material, we are given an overview of how Lennox responds to the anti-religious rhetoric of his peers and why he believes science points towards God rather than away from him. The film makes frequent references to another great Oxford based Christian thinker, CS Lewis. Sorbo and Lennox first meet in the Eagle and Child pub, frequented by Lewis and his friends, and Lennox recounts stories of seeing Lewis lecture while he was a student himself.

However, this is a film of two halves. From Oxford, where the case for God is established, the action moves to Israel, where the case for Jesus is explored. Can a scientist believe in a miracle like the resurrection? Yes, we know what the answer will be, but it’s enjoyable watching Lennox and Sorbo trace the evidence. Both settings are beautiful, and you can see why the filmmakers chose such backdrops to explore the philosophical and historical case for Christianity. 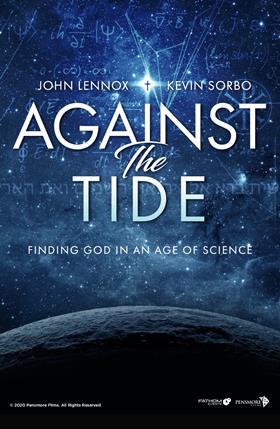 Christian-produced films and documentaries don’t have the best reputation for quality. However, Kharis Productions, a Scottish-based independent film company, have proved an exception to this rule, and indicate that Christian filmmaking can sometimes compete with the mainstream. The film is pitched at non Christians as well as believers. Whether it will find a wider audience remains to be seen, as its evangelistic edge may turn off the big streaming players such as Netflix. Nevertheless, this would make an excellent introduction to the case for Christianity for any intellectually engaged sceptic.

Against the Tide is a well-polished and engaging documentary. Its greatest asset is the man at the centre of the film – John Lennox – whose accessible, clear and enthusiastic presentation of a credible case for Christianity shines through.