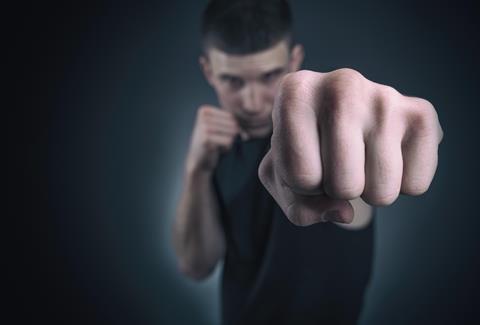 I didn’t get into too many fights at school, but I remember one skirmish vividly, mainly because the lad who took issue with me was gigantic. Apparently I had mildly offended Steve, a skinhead who wore size 14 Doc Marten boots. He pounced on me from behind as I walked home from school. Grateful for my years of self-defence training, I expertly grabbed the lapels of his school blazer and sent him cannoning over my shoulder into a rose bush. Bewildered by my fighting skills, he mumbled a grovelling apology and sidled off, limping. Actually, the last two sentences describe what I wished had happened. In reality, I took a solid thrashing that day. Fighting was never my thing, mainly because I’m allergic to pain.

But I have discovered that all of us can be rather adept at fighting with God, and even scuffling with his appointed deputies, angels. In the Bible, when hapless humans bump into winged warriors, a familiar pattern emerges. First, an angel shows up, usually unannounced and unexpected (they don’t seem to call ahead). Then the human involved moves into utter terror. This fuels a time of high-pitched screaming, often accompanied by overwhelming dread, perhaps from a false presumption that the angel is a celestial skinhead who has come to deliver judgement or death. After the angel (presumably with a frustrated sigh) patiently informs the yelling human not to fear and to be at peace, the pause button on the screaming is usually pressed. Finally, relieved that things are calming down and now able get a word in edgeways, the aforementioned angel delivers some stunningly good news.

In the Old Testament, Jacob was told he was being given a new name and a new future. Trembling Gideon, hiding from marauding invaders, learned that he was being promoted to commander-in-chief of all Israel. Daniel was given insight about royal dynasties to come. And in the Gospels, elderly Zechariah, father-to-be of locust-chewing firebrand, John the Baptist, heard good news about his wife expecting a child. A young virgin called Mary was told that she was pregnant through the Holy Spirit, and that the baby was the Son of God, no less.

The human responses to these fabulous newsflashes were all rather negative and included fear, breathlessness, anxious questions and disbelief. In Jacob’s case, the encounter included a full-on fight. So what does any of this have to do with us? Like Abba, I believe in angels. I think I might have met one once, but that’s a story for another day. But I discover that you and I have exactly the same ability to wrestle with the good news that God brings to us, especially when it’s specifically about us. 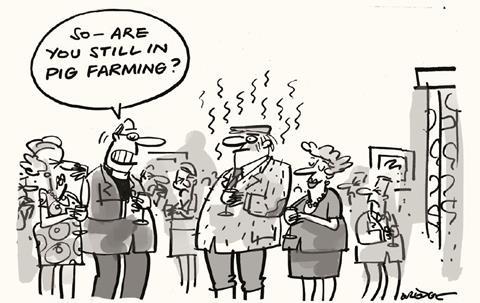 It’s easier to believe that God so loves the world than it is to believe that he utterly loves me. Smeared by shame, our jaws drop as he offers grace, forgiveness and even the ability to redeem some of our lash-ups, bringing beauty out of ashes. But some of us stay pressed low to the ground, refusing to look up, and wonder if he brings news of judgement rather than blessing. He says we are greatly loved, the objects of his delight and, like the Father in the beautiful parable of the prodigal, he dashes in our direction, arms open wide in welcome. We, painfully aware that we carry the stench of the pigpen, squirm in his embrace and stammer our “I’m not worthy” speeches. The band is in full swing, the steaks are on the grill, but we fold our arms in defiance: surely the party can’t be for us. We’re quite wrong.

Today, let’s not wrestle with the God of grace. Not only is he bigger than us, but he’s kinder and more gracious and loving than we could ever imagine.

Angels are surely watching. And they’re not looking for a fight.