‘When the women arrive, you can see the sadness, the pain in them’

On International Women’s Day, hear about the women in Nigeria finding ways to forgive the men who abduct and rape them 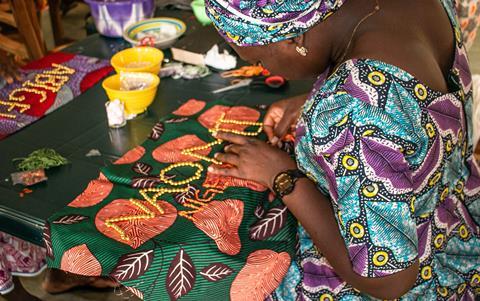 “When the women arrive, you can see the sadness, the pain in them,” says Tirham who works at a trauma care centre in Nigeria. “They are empty souls.”

Across the north of Nigeria, thousands live in fear of an attack by Islamic radicals. Raids by Boko Haram extremists and the splinter group ISWAP, Fulani militants and armed bandits are terrorising Christian communities. Women and girls are raped, forced into sexual slavery, kidnapped for ransoms and killed.

Tirham, who counsels some of the women who have been the victims of such violence, is a partner of Christian charity Open Doors. “The security situation is terrible - particularly in the villages,” she says. “Before, you could go to the village and you could sleep with both eyes closed. Now you can’t travel to any village and close your eyes.

A tsunami of pain

“About two weeks ago, we had about 15 women come to the centre. Two of their husbands were slaughtered in front of them by radicalised Fulani herdsmen. The other day a group of Christian men were burnt alive in a house. They kept an older man alive just so that he could take the news back to his village.

I felt so numb. I would listen to the stories and they wouldn’t affect me. I knew that wasn’t normal

“Recently we’ve been working with over 150 young girls - some as young as 14 - who have been kidnapped and raped. The radical Islamist groups think of the cruellest ways that they can kill and hurt Christians.”

At the trauma care centre where Tirham works, groups of women are invited to spend a week in each other’s company, and talk through what the Bible says about suffering and forgiveness. It is part of a wider three-week programme designed to help them come to terms with some of the trauma and pain caused by the extreme violence they’ve experienced.

A place to process

“The women are carrying so much grief,” says Tirham. “They are really suffering. When we start our week, we talk a lot about how sin and suffering came into the world and why we suffer – in this case, because of other people’s choices. Then we talk about the wounds of our hearts. We ask them questions like: Have you ever felt that God is far away? Have you ever felt that God doesn’t love you? They will say ‘Yes’ and then they open up about when the Fulani or Boko Haram killed their husband or brother, or when they were captured by kidnappers.

“One woman, who is still at the centre, her husband was killed in January. When she came to us, she was pregnant. She gave birth prematurely. When she came back from the hospital she was overwhelmed and was just crying and crying. She shared what happened to her and another lady said that five of her family members were killed right in front of her, including her husband. It’s awful but the fact that these women can share in their suffering is also helpful for each of them. As the week continues, we remind them who God is – that God is love.

When people come to us distraught and I see them leave with hope, that is encouraging

“We also talk about forgiveness. We talk about taking your pain to the cross. One of the most important things about forgiveness is that it is something you give freely - that you do it for your own good, not for the benefit of the other person who’s hurt you. Because when you don’t forgive the person, the person might not even know that he’s hurt you. He’s happy with his life. He feels that he has done what his god wants him to do so he doesn’t feel bad about hurting you. But you keep feeling bad about him hurting you. You have sleepless nights; you cry every day and you have high blood pressure. You have different kinds of problems - headaches, stomach aches, because you don’t want to forgive this person.

“We also make sure they know that it is normal to have grief – it’s normal to feel pain because it’s not a simple journey. Nothing can take away the memories. The memories are there, but you can learn to live with them, so they are less painful.”

Tirham says that women kidnapped by Fulani militants can be held from anything between two weeks to three months in captivity. “It depends on how quickly their parents and their family members are able to mobilise the ransom money,” she says. “The Fulani are herders, so they don’t necessarily have homes, they tie the women to trees. Even if the family pay the ransom money the Fulani will still rape the women and sometimes kill them. Some of the women come back pregnant, or with sexually transmitted diseases.”

Boko Haram generally rape the women they’ve abducted and then send them off to be married to soldiers as sex slaves. But even if the women manage to escape and return home to their villages, they face hardship. Tirham says, “Often the family and the community look at the women as being dirty on their return. They find it difficult to think that the woman had no part in the rape. Or even if they might not want to make the women feel unwelcome, their husbands can find it hard to sleep with their wives again. It’s a huge stigma. It’s tearing families and communities apart. We’ve had women saying that their husbands hate them. Some of them have even gone on to marry other wives.”

To tackle the issue, the trauma care centre is launching a new initiative where both husband and wife are referred to the centre to undergo intensive counselling together.

But for women who are raped and become pregnant, there are even further complications. “When the women give birth to children conceived in captivity, the children too are ostracised,” says Tirham. “The women hit the children; they look down on the children. They feel these children are not part of us. The whole community looks at those children as if they are the perpetrators. It’s difficult for their mothers to love them. But we have seen breakthroughs where mothers have started loving their children. We want to encourage the women to see the children as God’s creatures.”

It’s hard to work in such circumstances and not be affected by the horrific stories of violence she hears every day, says Tirham. “I find solace in God’s word,” she says. “There was a time I felt so numb. I would listen to the stories and they wouldn’t affect me. I knew that wasn’t normal. I had to talk to someone. That helped me and brought back my feelings again. It’s not easy to hear these stories because most times I hear them, I can’t sleep. I keep imagining things in my head. But when people come to us so distraught and I see how they leave, they go with hope – that is encouraging. It helps to know that this world is not really our home. Knowing that we are living in a strange place where we are maltreated helps. Our kingdom is with God.”