Christians like me are being silenced in our universities. Freedom of speech must be restored

Universities should be environments of open debate. Instead, Christian academics fear their careers will be adversely affected if they speak about their faith, reports Fiona Bruce MP 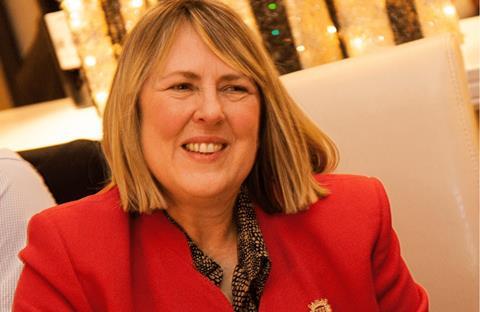 Over recent years, I have been very concerned to hear of numerous restrictions on freedom of speech in academic settings.

One doctorate student told me: “There really is no point me trying for an academic career with my political and religious views.” Meanwhile, a career counsellor advises Christian students, who hold what many would consider traditional, faith-based views, that: “If you’re seeking a career in academia, expunge all mention of your faith or Church membership from your CV or social media to avoid difficulties which these could cause in your job chances.”

In February 2020, I was invited by Oxford Students for Life to talk about my parliamentary campaign to outlaw sex-selective abortion. As I started to speak to a gathering of about 100 students, an attempt was made to no-platform me. A uniformed official arrived in the room and requested that the meeting be stopped. The event, including my views, would apparently cause offence to students sitting in a common room on the far opposite side of the quad, who could see but not hear me.

There are many rich ironies to effectively being discriminated against for speaking against discrimination. I was being prevented from simply speaking about my work, despite the fact that it is already available in the public domain - most of it is in Hansard. Eventually, the organisers of the meeting, the officials and the objectors reached a compromise: I could continue speaking if all the curtains in the room were closed.

It was a completely unacceptable incident and eventually resulted in an apology from the authorities, but it was one of many reasons why I joined members of the Joint Committee on Human Rights in holding our 2018 inquiry on freedom of speech in universities. The inquiry concluded that “a number of factors are limiting free speech” in universities.

It revealed a plethora of incidents, and many more are clearly never reported. One university tutor told us that he had had no idea of the extent of the issue until he started looking into the response to our inquiry.

We heard reports of student groups finding it difficult to book space at freshers’ fairs, book rooms for visiting speakers, in getting approvals for speakers or simply in registering as a university society at all. I had hoped that adequate change would follow the report’s initial recommendations - perhaps through well enforced guidelines or codes of practice – but this has not happened. Hence the need for the legislative change contained within the higher education (freedom of speech) bill that was presented to parliament yesterday.

Of all places, universities should be environments of genuine diversity and of open debate, free exchange and the exploration of ideas - however unpopular or unfashionable. Yet there is real fear today among certain academics about expressing certain views, often deeply held ones.

Of all places, universities should be environments of diversity and debate

One witness working in academia told us that, in preparation for giving evidence to us, he conducted a short survey. He contacted 69 Christian academics across the country and asked them: “Do you feel your academic career would be adversely affected if you were to be public or more public about your faith?” Almost half of those asked replied yes. And on being asked, not one of them was willing to be identified to our committee for fear of the potential negative impact on their career.

I am concerned that the freedom of academics to express their views should not be limited to freedom in areas “within their field of expertise.” In many cases, academics’ expressed views may range more widely, but their job prospects should not be affected by that.

Promoting freedom of religion or belief is a key human rights priority for the UK government. We aspire to be a global leader in this area, but I cannot speak credibly to the international community about the discrimination faced by people in other countries on account of their beliefs - whether they cannot get a job, an education or, in many cases, face far worse persecution - if we do not scrupulously apply the principles of the universal declaration of human rights in this country. Article 18 of this states: “Everyone has the right to freedom of thought, conscience and religion; this right includes freedom to change his religion or belief, and freedom, either alone or in community with others and in public or private, to manifest his religion or belief in teaching, practice, worship and observance.”

Let us be in no doubt: the challenges to freedom of speech, and the very real and chilling effect that accompanies them, are not limited to university settings. They extend far more widely. There is more to be done to protect freedom of speech in this country but this Bill is a good start.

Fiona Bruce MPFiona Bruce was appointed as the Prime Minister’s Special Envoy for Freedom of Religion or Belief in December 2020. Fiona became Member of Parliament for Congleton in 2010. Before 2010 Fiona practised as a solicitor, setting up her own business, the law firm Fiona Bruce & Co LLP, based in Cheshire.