Our traditional understanding of Jesus’ parable of the Pharisee and the tax collector is that of the humble being exalted, and the exalted being humbled. But what might it teach us about taxes, tithing and our new Prime Minister’s economic policy? 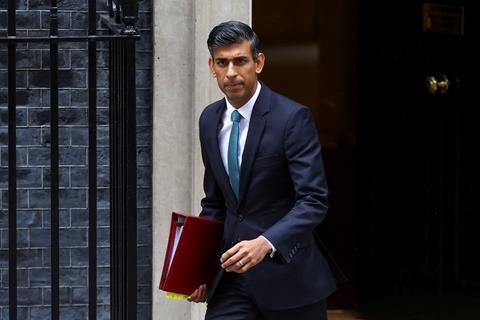 It was one of those moments when our current political circumstance and our gospel collided. I was sitting with a friend, having a glass after church, when he said: “They say there’s a cost-of-living crisis, but all I see is plenty of people spending money. The supermarket car park is full, so are the football stadiums. There still seems to be plenty of money about.”

I’m not sure where that got us. We live in prosperous Sussex; I’m not sure my friend knows many single parents on benefits living in, say, Hull. But perhaps he was advocating the recently much-vaunted trickle-down economics, favoured by some right-wing Conservatives, whereby the wealth of the fortunate fuels the economy of the poor.

That was the idea behind the train crash of an economic policy that so abruptly ended Liz Truss’s brief premiership. The polar opposite policy is to raise taxes to maintain public services for the poor during the forthcoming recession.

The Pharisee and the tax collector

Let’s leave aside the political pros and cons of these policies and, instead of economics, apply some contextual theology. The conversation with my friend reminded me of the parable of the Pharisee and the tax collector in Luke 18:9-14. The evangelist was pre-occupied with the plight of the poor and, in this story, tells of a Pharisee and a tax collector who go to the temple to pray.

The Pharisee offers thanks that he’s not like other people – “thieves, rogues, adulterers” – or even like the tax collector beside him. He fasts more than he has to and pays his tithes. By contrast, the tax collector lowers his eyes and sorrowfully prays in penitence for mercy. The consequence is that this sinner is “justified” with God, rather than the Pharisee.

To tax with humility is better than to give arrogantly, even if voluntarily

The usual interpretation of this parable is that humility trumps arrogance; that the tax collector receives what he asks for and the Pharisee asks for nothing, which he also receives. The conclusion drawn is that it’s about the exalted being humbled and the humble being exalted. And so it is.

But there’s also another way of looking at it. The Pharisee may be a proponent of trickle-down economics. He pays his tithes under the Jewish law, which are allegedly for the common good, though the temple authorities were known to be corrupt and self-enriching.

Meanwhile, the tax collector is a servant of the state – and you don’t get more Big State than the Roman Empire. Tax collectors were despised by the Jews for serving the interest of their oppressors, but these taxes were meant to provide them with protection and, to some degree, what we would today call public services.

In this interpretation, the high-tax model is favoured over the charity of the wealthy. Which brings me to the UK’s new, or perhaps one should say latest, prime minister.

We await to see the balance that Rishi Sunak aspires to strike between the trickle-down, wealthy Pharisee and the burden of the tax collector. At first glance, he would seem to have more in common with the former (it’s important to say that Sunak was raised as a Hindu, not as a Pharisaical Jew, but it’s only the relative economic positions of the pair I’m considering, not their religious backgrounds).

Sunak is wealthy like the Pharisee and pays his dues (as does his super-rich Indian-born wife now, having abandoned her controversial non-domiciled tax status). His wealth perhaps allows him a freedom to serve his country that some do not enjoy. But the question really is where mercy fits into Sunak’s equations.

Mercy is what the tax collector asks for and, by grace, receives. Arguably though, the tax collector isn’t merciful to others, since he collects taxes for the brutal Roman oppressors. But in a benign political dispensation such as ours, taxes benefit the poor, which is not only merciful but appears to be the option that is offered divine favour in the parable.

In this interpretation, the high-tax model is favoured over the charity of the wealthy

To paraphrase that parable: to tax with humility is better than to give arrogantly, even if voluntarily. The issue here is whether we give visibly and for show, or whether we help those we can’t see through the tax system, which is an ultimate act of invisibility. The parable seems to favour the latter.

My friend, of course, can’t see the poor who are threatened by our economic crisis, so he doesn’t think they exist. But they do – and they are served by the tax collector and the tax-payer, both of whom are merciful and, by their acts, are offered mercy.