Why our church hired an outreach worker to the transgender community

A United Reformed Church in Oxford has become the first congregation in the UK to appoint an outreach worker to transgender people. The church’s minister explains how the decision came about 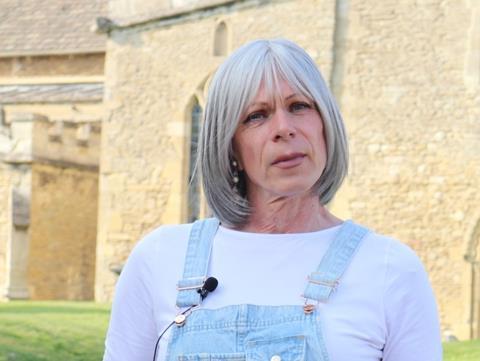 Chrissie Chevasutt is thought to be the first Christian transgender outreach worker in the UK. Read their story here.

In 2018, I was appointed to serve as the minister to two United Reformed churches in Oxford.

Both churches describe themselves as inclusive churches, welcoming of everyone, as reflected in their outreach to students and the homeless in the city, as well as by raising funds for the Hope and Faith School in Zambia, and ministering to LGBT people.

I wanted to know what had attracted people to St Columba’s in the city centre, because it is tucked away down St Alfred Street and rarely noticed as people make their way to the pub two doors down. Interestingly, I realised that all of those who had joined the church in recent years had actively sought out a church that was inclusive (although the majority were not themselves LGBT).

As well as our Book Group, Bible Study Group, Lent and Advent Fellowship Groups, we also have an LGBT group which meets once a month for food, fellowship and worship. It became obvious to me that one of our particular ministries was to trans and non-binary people and that God was challenging us to provide a dedicated person to minister to them.

In a world where we are quick to judge, without finding out the facts, trans people are often on the receiving end of what at times is some pretty vicious hostility. As I listened to the stories of trans people, I have been deeply shocked at what they have to go through on a daily basis, in the street, in the press and, most shockingly of all, in our churches.

I have been deeply shocked at what trans people have to go through on a daily basis, in the street, in the press and, most shockingly of all, in our churches

Understandably it has taken a while for trans people to trust me enough to tell me their stories. I regard myself as being fair minded, approachable and compassionate, but when you have been so badly treated and traumatised by the attitudes of church leaders and those who haven’t learned about what it is like to be non-binary or intersex, or to feel so strongly that you are of a different gender to the one you were born in, this is understandable. Why would you trust someone who doesn’t know your experience for themselves, when you face ridicule on an almost daily basis?

Each year at St Columba’s, we hold a service to mark the Transgender Day of Remembrance, where we light candles and read out the names of some of the hundreds of trans people who are murdered or take their own lives each year, some from the UK, others from around the world. How can the Church stand by and do nothing? It is not enough to remember and just pray. We are called to love and love is an action, not a mere verb.

We laid out a fleece. We recognised the need and were aware that we had much to learn. We also realised that if God was calling us to have this particular ministry, we needed someone with direct experience of being trans.

We identified key areas of potential work, including pastoral support in Oxford to the LGBT community, helping churches to think theologically about trans issues, contributing to the emerging trans theology and providing trans awareness training. Ultimately we aim to provide an act of witness to the trans community, showing that the church takes them seriously and cares for them.

Does this mean we endorse or actively encourage people to transition? No, we simply recognise the critical need to offer affirming and non-directive pastoral care to those who suffer with gender dysphoria and dysmorphia, in that we abide within the safety of best practise as defined by the NHS, World Health Organisation and World Professional Association for Transgender Health, who have between them almost a hundred years of clinical and medical expertise in caring for transgender people.

This journey of faith has taken us two years, of meeting, consulting, praying, debating and listening. We weren’t sure that we could raise the money to fund the post, but this came in easily. Church members committed to giving on a monthly basis for the three years of the post, we set aside a significant portion of our church budget, and we sought funding from within the structures of the URC. We are delighted to have appointed Chrissie Chevasutt as our Outreach Worker to Trans and Gender Non-conforming people.