Christians can be fired for not using someone’s preferred pronouns. Here’s what you need to know

Dr David Mackereth’s appeal ruled gender critical beliefs have some protection under law, but so do the rights of transgender people. Here’s how Christians can approach this tricky subject 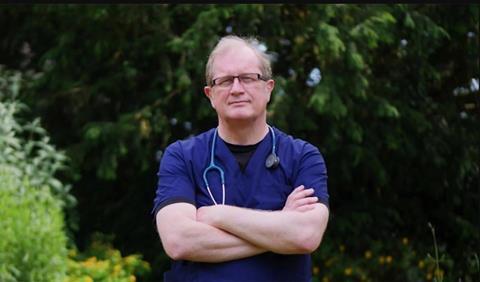 Earlier this year, I wrote about Dr David Mackereth’s hearing before the Employment Appeals Tribunal (EAT). Dr Mackereth had hoped to use the recent precedent set by the Maya Forstater case to ensure the law recognises his right to refuse to name a transgender person according to their preferred gender pronoun.

When the judgment was published last week, there was some good news for the Christian Legal Centre, who represented Dr Mackereth but, ultimately, the appeal was rejected. They found that the Department of Work and Pensions (DWP) did not wrongfully dismiss Dr Mackereth from his position as a fitness-to-work assessor. Dr Mackereth will now take his case to the Court of Appeal. But what are the wider ramifications of this ruling for Christians in the workplace?

The EAT ruling confirms that gender critical beliefs are legally protected, whether based on biblical or scientific grounds. It is important to note that this is a shift in the way courts currently interpret equality law. But the judgment does not change the fact that trans people are entitled to be called by their preferred gender pronoun. And if this does not happen, they may take legal action.

Trans people have rights, enshrined in law. Is it reasonable for Christians to act as if these do not exist?

Ultimately, you do have to follow an employer’s reasonable request to address a transwoman as “she”, even if you feel that this is a false statement. If you refuse, you may be dismissed - and the law will probably support your employer.

The courts found that the DWP could not reasonably accommodate Dr Mackereth’s request not to assess trans clients, whose trans status - and their claim to be unfit for work, possibly linked to experience of discrimination - may become apparent only after the start of a scheduled interview. But this would not necessarily be the case in all situations. So, if you have the same dilemma as Dr Mackereth, what can you do?

Firstly, clearly and politely explain your views to your employers. The Forstater and Mackereth judgments confirm that your belief is protected in law, so your employer should be careful to respect this. Allow your employer to work through their procedures and consider whether you can be exempted from naming or describing a trans client according to their preferred gender. Bear in mind, however, that if your employer provides a service to the public, it has no choice about whether to comply with this requirement. It is not you who risks being sued for unlawful discrimination, it is your employer. If they can find a way to meet both their legal obligation as service provider (not to discriminate against trans clients) and their legal obligation as employer (not to discriminate against gender critical beliefs), they should try to do so.

But suppose, as in this case, there is no such solution? It may be that you decide to find alternative employment. Before you do so, you might like to consider two points:

Even if (as Dr Mackereth argued) you consider it a lie to say that a male is, for the purpose of receiving your service, a female (or vice-versa), you are not stating a personal opinion, but espousing your employer’s, who is, in turn, simply complying with the law.

As Christians, we should submit both to the state (Romans 13:1) and to our employer (1 Peter 2:18). If trans people have rights which are enshrined in law, is it reasonable to expect that, in a busy and complex workplace, Christians should act as if these rights do not exist? Is it fair for Christians to behave as if this is a dispute between them and their employer?

If we think the law is wrong, then, in a democracy, we are entitled to take this up politically. But if we do that, we need to suggest a solution. How should the law be amended in a way that also ensures trans people are not discriminated against?

Dr Mackereth’s solution appears to be that the law should not recognise trans rights at all, since being trans is a delusion. He argues this from Genesis 1:27: “So God created man in his own image, in the image of God he created him; male and female created he them.”

Does that mean that each and every human is unalterably one of two genders? At his hearing, Dr Mackereth failed to find support for this viewpoint even in literature from organisations including the Evangelical Alliance and the Christian Medical Fellowship. Being born intersex, or experiencing gender dysphoria, are rare but real and distressing conditions.

Does this mean that Genesis 1:27 has got it wrong? Not necessarily. If we turn to the next chapter, we find that before the first human couple began to reproduce, they rebelled against God and admitted sin into the world. The human condition - physically, mentally and spiritually - is corrupted by sin. That applies to sex and gender as much as everything else. To recognise that fact is not the same as adopting or believing in transgenderism wholeheartedly.

Dr Mackereth was employed to assess eligibility for state benefits, not to prescribe therapy. However, he was clearly mindful of the pressure Christians - and others in the medical profession - now face to give treatments for gender dysphoria that may go beyond what they think is medically appropriate. They need our support and prayer in distinguishing genuine medical conditions from social angst over identity and sexuality, and in finding the best therapeutic options for people who are clearly in distress.

Paul LuskPaul Lusk lives in Kent and attends Emmanuel, an independent church in nearby Canterbury. Along with wife Kay he serves international students with Friends International and is a Lifeskills coach with Christians Against Poverty. His book The Jesus Candidate was published in 2017. Find out more at his website paullusk.com