When it comes to moral failure, Christians must avoid ungodly glee

With politicians embroiled in scandal and high-profile church leaders falling from grace, the corridors of power, and some of our churches, may seem reminiscent of a soap opera. But when Christians are tempted to gloat, we must take a look at our own motives, says Jeff Lucas 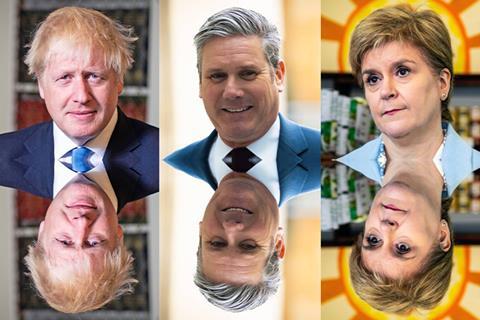 Of course, this scene has been playing out not in the whimsical streets of Walford, but in the hallowed halls of Westminster. The so-called Partygate scandal rumbles on, as the reported cabinet room soirees infuriate the public. Boris sips a wine and, in other episodes, Sir Kier quaffs a beer while Nicola is caught meandering, maskless, into a barber’s shop in Scotland. In what he described as a moment of madness, another MP resigns, caught in the act of watching pornography on his phone while parked on those green benches. And we hear that the foul stink of misogyny lingers in the pristine marble corridors of power.

Now to be clear, where behaviour is proven to be unlawful or immoral, it should not be tolerated. We surely welcome the steam cleaning of the parliamentary culture that has apparently been unsanitary for way too long. The women who lead our nation should be able to do their work without fearing the sexist words and wandering hands of a power-vaunting good old boy. Anything less is outrageous. 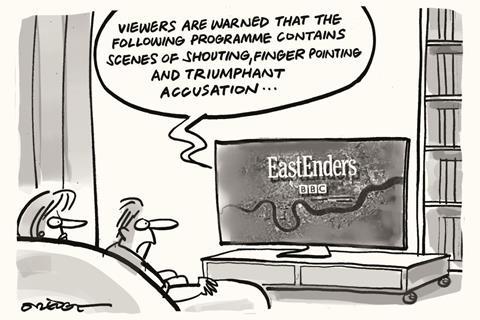 But in all this, I am troubled by the unseemly delight that breaks out when someone is caught with their mask off or their trousers down. Some seemed thrilled when news breaks that another powerful soul has got their comeuppance. Perhaps that’s to be expected in the battlefield of the House of Commons, where inconsistency can - and perhaps should - be used to score political points and expose hypocrisy. But there is something rather obscene about the sense of celebratory delight that emerges when a high up person topples. Schadenfreude, a German word that can be translated as ’harm-joy’ is the pleasure or self-satisfaction that comes from learning of the troubles, failures or humiliation of another.

When another falls, let’s weep for all concerned, and put aside ungodly glee

Sadly, this ungodly gloating can be found in the Church too. Over the last few years, we’ve been battered by headlines exposing the sins of some well-known Christian leaders. I certainly mount no defence for them here. But I’m troubled by the “Gotcha!” elation displayed by some, especially when: (a) the leader comes from a different theological persuasion or denominational affiliation from our own (much more perfect) tribe and (b) we don’t like them anyway. With a barely-concealed hooray, we hiss that we always knew that something was amiss and we’re glad the truth is finally out.

Yet we might be cloaking our jealousy of their success in thinly disguised indignation, which is anything but righteous. We’re quietly delighted to know that we were correct in our misgivings about them. Perhaps we even take a step further and tar others with the same brush of sweeping suspicion. Politicians and fellow Christian leaders have told me how painful it is to be unjustly tagged when their colleagues fail. There are wolves in sheep’s clothing, both in politics and the Church, but there are also many public-hearted parliamentarians and caring, faithful pastors who pour out their lives daily for others. The attention of the media rarely focuses on them.

So next time we hear of a spectacular failure, let’s resist the urge to applaud, and marry grace with truth. When another falls, let’s weep for all concerned, and put aside ungodly glee.