We rescue children from the Taliban. Now they’re at greater risk than ever

Becky Murray has rescued several children from the Taliban through her Christian charity One By One. She fears that children in the region are being abandoned by Western authorities. ”We can’t and won’t do the same,” she says 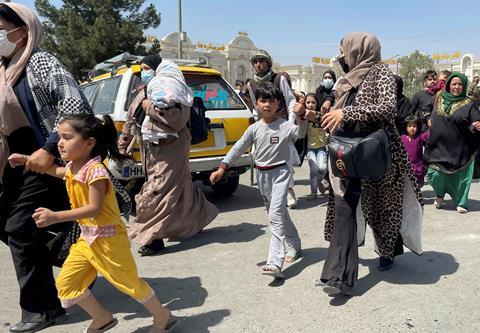 We have read about the horrors of the Taliban regime for a long time, but it came close to home just last year when our small team headed to the Afghanistan border, to the very town where Osama bin Laden had been gunned down in 2011 by American forces.

Even getting there was an ordeal. Our team had to be smuggled into the region in the back of a car, wearing local clothing to cover their white skin as they arrived late at night to meet some of the children we had the opportunity to help. Upon arrival, the horror stories soon followed.

Mahwish, 9, and Alishbab, 11, were left orphaned during the war and were found living in a public toilet. The girls were smart enough to know that if the Taliban found them, there was a strong chance they’d end up as child brides. They’d run for their lives, finding safety in the public toilets. They survived by eating food thrown out by restaurants and bakeries.

Leaders seem to have abandoned Afghanistan, we won’t do the same

Then there was Abiya who, at 5 years old, was caught up in a bomb blast and witnessed her father being shot and killed by a Taliban soldier. She too had nowhere to go. Thankfully, these three girls are now being taken care of by our King’s Children’s Safe House in neighbouring North Pakistan. We have been able to step in and support the girls, giving them education, clothing and food. The Christian family who look after them are raising them in a loving, faith-filled atmosphere. It couldn’t be more different to the atrocities they previously faced.

Sadly, these are just three of potentially thousands of children who are likely to be displaced, orphaned and traumatised if recent Taliban control continues to increase.

After decades of military help from America and the UK, Afghanistan has now been left undefended and with a violent, extremist group left to run riot and take control.

Whatever the circumstance, we want to carry the love of Jesus into these horrendous situations

The media reports this week have shocked us all. Imagine the fear that, at any moment, your home could be raided, your daughters raped and abducted and your sons killed in front of your eyes. It sounds like a horror movie but this is the reality that many in Afghanistan, and nearby Pakistan, are facing. 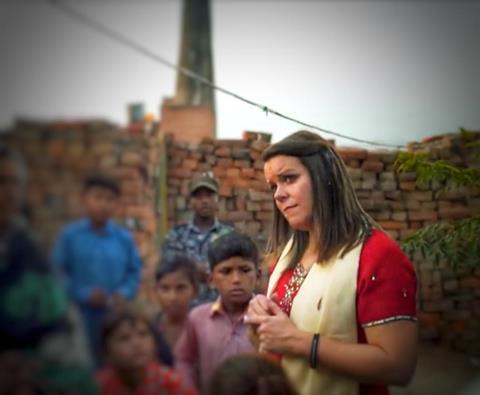 On my visits to this part of the world, I have been appalled and devastated by the stories I’ve heard. Just this year, a 3 year old girl was raped and killed in a brick factory in Pakistan. Sadly we got there too late. Another girl, aged 9, who attends our Sunday school programme, was also raped. Thankfully she survived and is now recovering.

Where government leaders seem to have abandoned Afghanistan, we can’t and won’t do the same. The gospel propels us to ‘go’. It’s not an option. “Woe to me if I preach not the gospel,” said the apostle Paul in 1 Corinthians 9:16. Our Sunday school teams in Pakistan are now sharing the gospel with 1,000 children every week. The need has never been greater.

We all saw the reports of several people who lost their lives after clinging onto the side of an airplane in a desperate attempt to escape Afghanistan this week. Hundreds more stormed the airport trying to get out. But what about those who can’t? We have been in daily contact with pastors who work in Afghanistan, as well as our team in Pakistan. Worryingly, we lost contact with our partners in Afghanistan yesterday. We pray that they are safe, even if they cannot contact us.

Our charity, One By One, continues to rescue children across the world. We are currently making plans to expand our safe house in Pakistan and rescue more children. Some will be freed from working in brick factories and others may be victims of war crimes. Whatever the circumstance, we want to be there, offering hope and carrying the love of Jesus into these horrendous situations.

Please pray for our workers on the ground and that God will give us wisdom on what to do. If not us, then who? If not now, then when?