‘I rescue children from slavery’

When Becky Murray visited Pakistan, her heart was broken by the thousands of children forced to work as slaves in the country’s brick kilns. So she set about buying their freedom, one child at a time 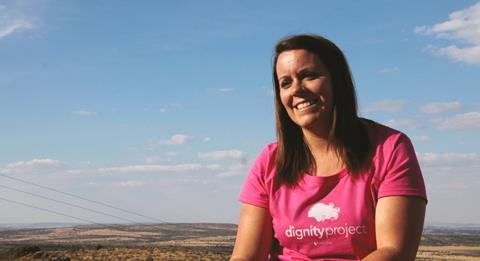 Becky Murray had never heard of a brick kiln factory before her first trip to Pakistan. She was visiting the nation with One by One, the mission organisation that she founded, in order to run a series of ‘Dignity Days’ for local girls affected by period poverty. As well as providing reusable sanitary products and education about sexual health and the dangers of trafficking, the team were also able to share the gospel. More than 1,000 young girls got to hear the message that “no price can ever be put on you because the greatest price was paid for you through Jesus Christ”. Lots of girls responded to the gospel, which “in a nation like Pakistan was incredible,” says Becky. But on the final day of her trip, she saw something that broke her heart.

“They took us into the brick factories,” she says. “I remember being really surprised – horrified, actually.” There were “hundreds of families, trapped in bonded labour” with adults and small children working long hours in horrendous conditions to make thousands of bricks each per day. 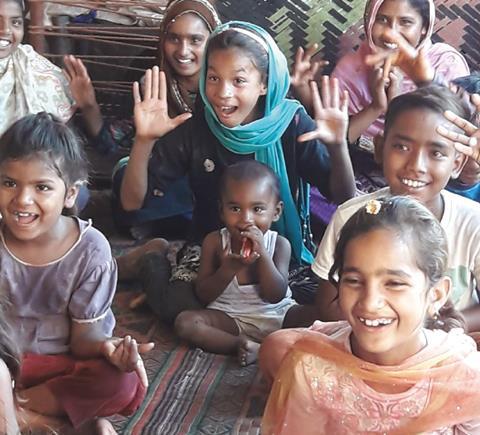 There are approximately 20,000 brick kiln factories in Pakistan, with an estimated 4.5 million people working in them. Most are effectively slaves who, driven by poverty or illness, are duped into taking small loans from ‘masters’, who often own several factories. Told that they can work to pay back the loan, they quickly become trapped in a cycle of extortionate interest rates and spiralling debt, working for up to 15 hours a day for as little as $5. Heavy deductions are made if targets are not met, and to cover ‘expenses’ and breakages. As most workers are illiterate, they have no way of verifying the accuracy of their accounts. “They can never really pay it back,” says Becky, “so they spend the rest of their lives making bricks. The master owns the whole family.”

In scorching heat, workers mix mud with water to make bricks, which are then baked in huge kilns. The dirty water can cause skin diseases, while the billowing black smoke from the kilns often results in asthma or even tuberculosis. Children – who are not legally allowed to work in Pakistan under the age of 16 – make up 70 per cent of the bonded labour, often inheriting their parents’ debt. They receive no access to education, healthcare or even basic sanitation. “It arrests your heart,” Becky tells me. “It’s a non-negotiable moment. You have to do something.” So, along with her team, she began to pray and “search the heart of God”, asking: “What do we do?”

Their first instinct was to try to raise the money to pay each family’s debt and set them free, but while blood relatives could pay off the debt at its original amount, others could not. “If you’re an outsider coming to redeem a family,” says Becky, “the master can charge you double, triple, quadruple to outprice you.” In reality, a family kept in a lifetime of bonded labour is worth far more to a brick master than the repayment of the initial debt. 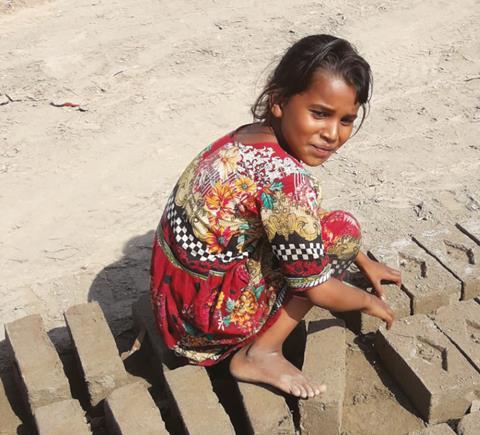 The team also identified other problems: a family who have only ever made bricks have no education and no job prospects. Releasing them from bonded labour is not enough to fix the abject poverty that drove them into it in the first place. It needed to be “a long-term investment,” says Becky. As a result, One by One opened King’s Children’s Home, near Lahore, Pakistan, taking children out of slavery and providing them with an education. This enables them to gain employment, pay off their parents’ debt and sustain their family once released from slavery.

There are now 50 children in the home, many of whom have physical injuries from their work in the kilns. “We’re so thankful for every one of those kids,” says Becky, “but there’s still thousands that the masters won’t release.” To reach those children, the team approached the brick masters, asking if they could run a weekly Sunday school. Becky is amazed that any agreed. “You’re bringing the gospel of Jesus Christ in a very Islamic nation,” she explains. And any brick master allowing his workers time off just “doesn’t make sense”. It’s only “by the grace of God” that the team were allowed in, says Becky. They’re now working in more than 50 brick factories, reaching 1,000 children a week.

But it isn’t just the gospel that Becky and her team take into the brick factories. For one hour a week “those kids aren’t slaves, they get to be children,” says Becky. “They’re hearing about the love and joy of Jesus, [but they also] get to play games and have fun, like any child.” 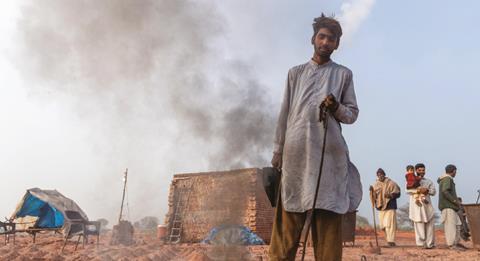 PEACE IN A BROKEN WORLD

Working in such heartbreaking situations can be tough. “Your peace ultimately has to come from who you are in Christ,” says Becky. “You have a peace that sustains you but, in the middle of that, you’re surrounded by problems.” Becky says that she “always wants to be bothered by these stories”, referring to them as the “pebble in her shoe” that irritates her to “keep on pressing in and impacting more kids around the world”.

“The reality is there are so many more needs,” she says. “There’s so many more people to reach, and every single one of us can stop for the one in front of us.”