This MP wants to disestablish the CofE over its teaching on gay marriage. But he’s misunderstood what’s at stake

Following the Church of England’s refusal to allow married gay priest Mpho Tutu Van Furth permission to take a funeral, Ben Bradshaw MP has called for it to change its treatment of gay people or face disestablishment. But his comments belie a misunderstanding of the current Church position and it’s rights and responsibilities under law, says Dr Ian Paul 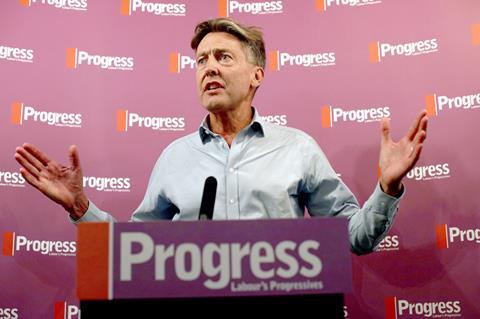 Despite the Church simply enforcing it’s own rules - Tutu van Furth, an ordained US Anglican minister, is in a same-sex marriage and therefore, according to current CofE rules, is not allowed to officiate as a priest - the decision caused a stir.

Labour MP, Ben Bradshaw, claimed that the Church is “actively pursuing a campaign of discrimination” against gay people.

“This was a particularly high-profile, egregious example. But cruelty like that is practised on lesbian and gay people in the church all the time, every day – people you never hear about in the headlines, people whose lives are destroyed – and it can’t go on…Patience is being worn very thin, and parliament is in a position to put pressure on the church. Without change, I think we might see growing calls for disestablishment,” he told The Guardian.

Bradshaw has an interest in this, as a gay man who was one of the first MPs to register a civil partnership. In 2009, he won the Stonewall Politician of the Year Award for his work to support equality for lesbian, gay and bisexual people. He is a member of what was coined ”the gayest Parliament in the world” (a hotly contested title, currently held by New Zealand) following the 2019 general election; 9% of MPs at the time identified as LGBT, compared with around 1.8% of the population as a whole.

The Church must decide whether contemporary cultural values will override scripture

Interestingly, Bradshaw’s remarks have only been reported in The Guardian. And it is worth examining what Bradshaw is claiming, what he is threatening, and what the consequences might be.

Bradshaw’s first claim is that the Church is actively discriminating against gay people.

At one level, some of my gay friends, including those who are ordained, would be surprised about this. The CofE specifically seeks not to discriminate against people on the basis of their sexuality, and all the evidence suggests that the proportion of clergy who are gay is far higher than the proportion in the general population.

What the C of E does discriminate against is patterns of relationship which contradict its own doctrine. In law, this is legitimate discrimination, and is on a par with, for example, discriminating against appointing a Muslim when advertising for a Christian youth worker (or visa versa). The question here is whether any religious group has the right to determine its own beliefs, and to act on them.

Although such a right is protected in law under Freedom of Religion, this right is not absolute; there are limits to it - for example where it conflicts with human rights. Bradshaw appears to be claiming that the CofE does not have freedom to define its own understanding of marriage, and is perhaps suggesting that there is a human right to both be same-sex married and ordained in the Church, which trumps the Church’s own freedom.

The idea that ordination is a right of some sort is highly unusual. But that leads to reflection on the nature of the doctrine of marriage. In his book Marriage, Scripture, and the Church: Theological discernment on the question of same-sex union (Baker Academic) Darrin W Snyder Belousek notes: “The creation-covenantal pattern of marriage is a consensus doctrine of the church catholic. Until the present generation, all Christians everywhere have believed, and every branch of Christian tradition always has taught, that marriage is man-woman monogamy.”

In his comments, Bradshaw points out that Anglican churches in Scotland, Wales, the USA, Canada, New Zealand and elsewhere conducted or blessed same-sex marriages.

But what he fails to say is that these provinces represent a tiny fraction of the Anglican Church worldwide in terms of attendance. Bishops representing around one third of the members of the Anglican Communion refused to attend the recent Lambeth Conference because of differences on sexuality, and bishops representing another third issued a dissenting statement. So the current doctrine of the CofE is in line with the vast majority of Anglicans worldwide, as well as the wider global Church throughout history.

By contrast, the UK has allowed same-sex marriage in law for nine years, and it is easy to forget what a surprise that was, since there was no mention of it in the government’s manifesto. When civil partnerships were introduced in 2005, they were understood to be same-sex marriages in all but name, and there was little anticipation of further change. Of course, longevity isn’t always a guarantor of truth. But something strange is going on when a politician demands that the Church must change its long-established doctrine in order to conform to quite recent cultural changes.

The cost of privilege

The logic of Bradshaw’s demands appears to be the trade-off he believes inherent in the establishment of the Church by law. The CofE “enjoys extraordinary and unique privileges in its role in the nation’s life”, he said, citing the 26 seats in the House of Lords reserved for Anglican bishops. Bradshaw sees establishment as being the granting of privileges, rather than as an obligation, and the presence of bishops in the Lords as giving the Church access to power rather than bringing wider perspectives to the process of government.

Although there are some powerful arguments for disestablishment, the model Bradshaw is assuming is an autocratic dictatorship: you can have access to power and privilege as long as you do what we tell you. This is not a common understanding of how establishment of the Church works. As a member of the Ecclesiastical Committee of Parliament, Bradshaw should really be aware of this. This is the group that is responsible for passing on legislation from the Church to Parliament for formal approval—not the other way around.

For more than 100 years, since the Church of England Assembly (Powers) Act 1919, the Church has had formal autonomy in governance, making its own decisions first in the Church Assembly and then (from 1969) in the General Synod. In other words, ‘establishment’ here is about the freedom of the Church to be self-governing. It has never been about the Government dictating what the Church must believe. The kind of action Bradshaw is suggesting would be unprecedented in recent history.

Underlying this is a more basic question for all Christian denominations: how are its beliefs determined, and what role do changes in cultural values play in this?

Changes in culture might raise new questions, and provoke the Church to look again at its own doctrines and what scripture says. But, at the end of the day, the Church must decide whether contemporary cultural values will override the teaching of the Bible and the consensus of the Church, or whether it will remain faithful to the inheritance of faith, and offer an alternative vision of what it means to be followers of Jesus.

To put it more simply: are Christians allowed to walk out of step with contemporary cultural values? The Guardian article concludes with this comment from Bradshaw: “The contract with the nation has to be that it is there for everybody. It’s increasingly obvious that the CofE is not there for lesbian and gay people.” There is a serious practical challenge for the CofE here, but this comment also begs the question: What does it mean to ‘be there’ for any particular group of people? If, as the Gospels make clear, Jesus believed marriage to be between one man and one woman, what does it mean for the Church to offer the good news of Jesus to gay people?