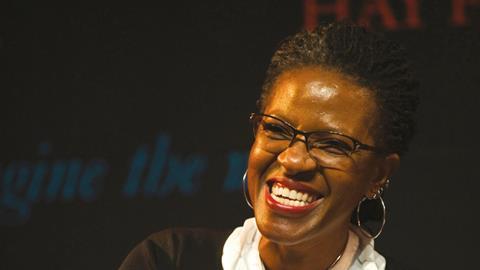 The 58-year-old relinquished her licence to officiate in the Anglican Church in South Africa in order to marry her same-sex partner in 2015, a decision that provoked “venom” from particular quarters of Christendom.

The mother-of-two, who now resides as a pastor in Amsterdam, had previously been married to a man and was as surprised as anyone else by her attraction to Marceline van Furth – “I fell in love with a person” – who just happened to be female.

When she arrives for our interview, the youngest child of Desmond Tutu is an uncanny combination of the same sharp chin and smiling eyes. Growing up she had no intention of following her father into the priesthood, in fact, she pursued other avenues, deliberately ignoring “the call that was on my life”.

But in her early 30s, while running various church outreach projects in Worcester, Massachusetts, Tutu van Furth realised that leading people to Christ was what mattered to her most. In 2003, she was ordained in the Episcopal Church of the United States, the same year it elected its first openly gay bishop, sending shockwaves through the Anglican Communion.

THE CHRISTIAN RESPONSE SHOULD ALWAYS BE: IF IT AFFECTS MY SISTER OR BROTHER THEN IT AFFECTS ME

During our conversation, the calm and reflective priest becomes most animated when discussing racial justice – unsurprising, given her heritage and experience under South African apartheid.

She describes the systemic racism in Europe today as “blasphemous” and is dismayed by Christians who would rather “turn a blind eye” than help their sisters and brothers of colour.

Tutu van Furth is passionate about justice and “really good at running programmes and creating structures that will stand the test of time”. Those she’s most proud of include the Desmond and Leah Tutu Legacy Foundation that continues the work of peace and social change started by her parents.

What is the legacy of the man once described as the “moral compass” of the rainbow nation? “We’re his legacy,” she replies after a pause, her eyes glistening with tears of love and loss. 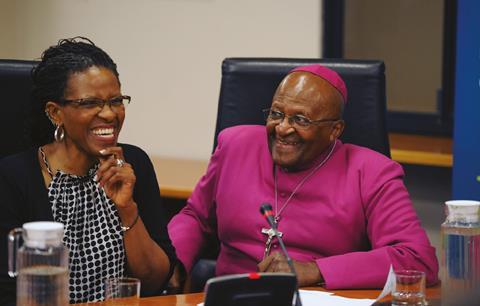 You grew up in apartheid South Africa. Can you tell me what you remember of that brutal regime of racial segregation?

I grew up both in England and South Africa. It’s really hard to describe living under apartheid; it was so all-pervasive and seemed so much a fact of life. We lived in very segregated communities.

It was a society that was a police state. In the black townships you never saw any white people unless they were police or military personnel. The depth of the segregation and the enforcement of it was really severe.

And it was deliberate government policy, so most white South Africans, although they would have black people in their homes as servants, had no idea of what life was like in the townships.

In what ways have you been shaped by those experiences?

That sense of resisting racism is something that has been deeply instilled in me. It’s not just the obvious systemic racism of an apartheid system, but the systemic racism that exists in every country; where people make assumptions based on race that have the power to have an impact. Racism is insidious, often because it is unconscious and therefore invisible.

And the task of making it visible is one that is crucial to me. I think of living as I do now in the Netherlands, where the border police won a case in the Dutch courts that said that racial profiling is essentially permissible under law.

The basic definition of racism is: prejudice plus power, and so to be able to say: “Well, I make a judgement on the basis of your race that you are potentially a threat to society and so I can hinder your movements” is literally the definition of racism.

And yet, it’s just blithely swallowed. I went through passport control with my wife, and she walked through, and I was stopped. And when I turned around to look, it was every person of colour stopped for a second examination.

It seems like a small thing, but it is basically saying that, just by virtue of your colour, there is something wrong with you. That is insidious…but it is also blasphemous. It is the blasphemy of saying that, without doing anything, you’re immediately judged to be wrong in your being.

Black South Africans are still massively disadvantaged because of apartheid, aren’t they?

Absolutely. Economically, South Africa looks very much the same as it did under apartheid. The economic advantages still accrue mostly to the white population.

Most wealth in South Africa still sits in white hands, even though there are black people and people of colour who have acquired wealth.

What’s the answer to that?

A real regime of reparations and a real engagement with a wealth tax on white South Africans. And I think the further you move away from the formal political apartheid, the harder it is to institute.

Do you think the same could be said of North America, in terms of slavery?

Oh, absolutely. North America, Great Britain, most of the Western world actually has reparations to pay. It’s really easy for Europe to look at North America and say: “Slavery over there”, but the reason that slavery was over there was because, in much of Europe, enslavement wasn’t permitted on the territory. But slave holdings and slave wealth has certainly built up the coffers of the colonial powers, and so I think it’s definitely to be reckoned with.

How should Christians use our voices to bring about change?

We as Christians, so very often, are willing to turn a blind eye; to be quiet, to not take up the cause. The Christian response [should always be]: if it affects my sister or my brother – and we are all sisters and brothers – then it affects me. As Paul says: “Perfect love casts out fear” (1 John 4:18, ESV).

We engage in loving action because it is loving action and we pay no regard to our fears. The bumper sticker citation is: “Courage is fear that has said its prayers.” So if we are praying, we have all the courage we need.

FAITH WAS IN THE WATER I DRANK, IN THE AIR I BREATHED 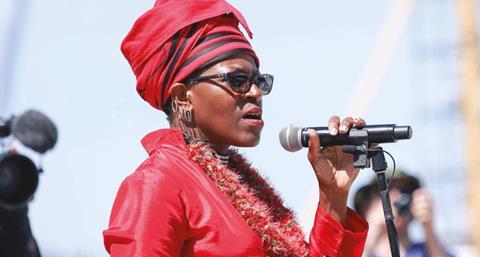 Talking of courage, how did the life of your late father, Archbishop Desmond Tutu, influence you and your faith?

His action was always preceded by and ended with prayer. But he was also a person of incredible love and so it was that really remarkable combination of courage and compassion. He wasn’t a person who shouted a lot. When he was angry, he was clear and able to be compassionate in that same breath.

I hope I have learned that clarity from him, and also learned a deep sense of fairness.

Fairness not only about taking up the cause of the underdog, but also a willingness to see the side of the enemy, to ask: What is it that got you here? And how can I invite you to be on the side of good and right, rather than harangue you or demonise you?

You obviously grew up in a Christian household, but when did you start following Jesus for yourself?

Oh, I don’t know. I think that faith was in the water I drank, in the air I breathed and, you know, where would I go? Christ has the words of eternal life. What would I be looking for elsewhere when I had found the source of life?

So you didn’t have a conversion moment?

No. It has been a constant walk with God. There are small surrenders along the way, but in a sense, it’s a relationship like every relationship.

Sometimes you’re all in, both hands, both feet, and all of your fingernails. And sometimes you’re in ‘ish’. But it’s a relationship that is, for me, foundational.

THE SPIRIT KEEPS BLASTING THROUGH OUR PREJUDICES, AND THROWING FLOWERS IN OUR PATH IN EVERY SHADE OF THE RAINBOW

Your role as a member of the clergy in South Africa came to an abrupt end when you married your wife. How did you feel returning your licence?Grief stricken, actually. I’m canonically resident in Washington and my primary ministry at the time was as executive director of the Legacy Foundation, so it was really returning a licence for a thing that wasn’t the primary source of my income and wasn’t the thing that validated my priesthood.

But it was my home church, the church of my youth, and so it felt like being thrown out of home; of being, in a sense, abandoned by the Church. It was incredibly painful – more painful than I imagined it would be.

You once said you think the Church will one day “come around to see God’s way” regarding gay relationships. What did you mean by this?

We would rather be laying down the law and saying: “This is permissible, that’s not permissible”, and making the world in the image of our own narrow minds. And over again God keeps blowing open the door. The Spirit keeps blasting through our prejudices and throwing flowers in our path in every shade of the rainbow – and shades beyond. And the Church will eventually catch up with God…maybe.

How can the Church be a force for good in the world in 2022?

Hear the full interview now on The Profile podcast