Liverpool cathedral has been criticised after it emerged bombing suspect Emad Al Swealmeen was baptised and confirmed there. Home Secretary, Priti Patel, argued there is a “merry-go-round” of failed asylum seekers changing religion in order to further their appeals. But Rev Dr Malcolm Patten says church leaders are not naive, and must continue in their mission to share God’s love with everyone 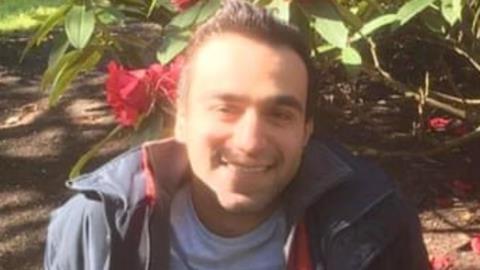 It was poignant for me that on the day when Iranian and Iraqi asylum seekers were facing criticism in the press for ‘gaming the system’, that Saeed and Ebrahim, members of my church, showed up at my door with freshly barbecued kebabs for me.

They have both been members of our church for five years. Saeed has ‘leave to remain’ having demonstrated a strong case for asylum in an appeal. Ebrahim has a technical issue with his case which is taking some time to clear up. They both came to my church wanting to know more about Christ - Saeed having begun to follow Jesus before he left Iran, and Ebrahim through a friend who took him to church in west London before he came to us as we were nearer to where he lives. The friendship and fellowship we share is a glimpse of the promise of Revelation 7.9 when people of every nation will worship God together.

In the light of the bombing on Remembrance Sunday, and the police investigation of Al-Swealmeen, a Christian convert, there has been concern whether churches are unwittingly supporting ‘fake’ conversions.

It’s true that a conversion to Christianity can help an Iranian’s claim for asylum but it is naive to suggest that is the only thing that motivates them as they enter into churches across Europe looking for faith, hope and support. Liverpool Cathedral robustly defended its process for supporting asylum seekers and their approach resonates with my own and many others.

When they come to our churches, asylum seekers are welcomed and supported in humanitarian ways (food, clothes and friendship). They can join courses to learn more about Jesus. The Alpha Course and Christianity Explored are among materials translated and dubbed into Farsi. In my church it would usually take a year for them to be ready for baptism and then a further year of church involvement before we could give strong support with an appeal. Home Office processes are so slow anyway that we are rarely in a rush!

There are push factors that drive Iranian asylum seekers to our churches. They are people of faith but have rejected the oppressive form of Islam they have experience in their home country. Many Iranians would say that Islam was a religion imposed on them by foreign powers and are keen to tell you they are Persians not Arabs, and have a heritage and identity with a long history that emerged during the time when the Israelites were in exile. Unlike many countries in their region that speak Arabic, they have retained their own language.

In many ways they find more connection between Persian culture and Christianity than with the very censorious nature of the Islamic Republic of Iran. Undoubtedly the most significant contrast between the faith they grew up with and what they find in UK churches is the emphasis on God’s love. It was lovely to see, being interviewed on TV, the Christian couple, the Hitchcotts, who are not naive Christians, but intelligent, experienced people who had shown a ‘Jesus’ welcome to Al-Swealmeen. They were a real witness to Christ.

The most important lesson we take away from this case is that our churches must continue offering a warm and heartfelt welcome to asylum seekers. We must keep up the good work, doing what Jesus told us to do, because in the midst of a hostile environment, people need to know and experience the love of God who gave himself for each and every one.