Paul wasn’t married and neither was Jesus, so why do two thirds of Christians say they feel getting married is expected of them? And what can we do about it? 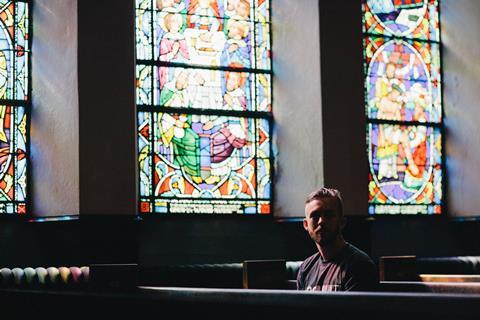 If there’s one thing the Church isn’t short of, it’s poorly executed good intentions. And if anyone knows that best, it’s the single people in your community. There are those who enthusiastically exclaim: “I just don’t get why you’re single – you’re so great!” And then there’s the concerned comments that you could be being too fussy and are you really getting out there?

While each of these statements is expressed from a place of kindness, they give the very clear impression that if you’re great, you should be married. And if you’re single, you should just be choosing someone and getting on with it. What seems to have slipped through the net is that being single isn’t bad – whether it’s for a short time or a lifetime.

Not a problem to be solved

In Paul’s letters to the Corinthians, he explains the benefits of not marrying, even recommending it as preferable (1 Corinthians 7:33-34). This hasn’t stopped many people from treating being single as if it were a problem that needed to be solved. The people that I spoke to when researching my book, Notes On Love: Being Single and Dating in a Marriage Obsessed Church (SPCK), said that they felt under-represented in their places of worship, with the vast majority of church leaders being paired off. One said that she loved the idea of planting a church but had never seen an unmarried person embark on the journey.

Half the churches surveyed wouldn’t let a single person run a house group – just to be clear, that would mean Jesus didn’t qualify

One man I interviewed said that he found the constant sermon references to the vicar’s wife and children unrelatable and isolating. Another felt sad that there was never an opportunity to have a big celebration for people who weren’t changing their relationship status. He’s got a point: we go wild for weddings, anniversaries and christenings – and so we should – but that means if you’re single, you’re never celebrated in the same way.

In the 2012 Single Church Life survey, two thirds of people said they felt being married is the expected and accepted lifestyle in the Church. One American study found that half the churches surveyed wouldn’t let a single person run a house group – just to be clear, that would mean Jesus didn’t qualify.

In the wake of the pandemic, household bubbles brought an added discomfort for single people, relegated to solitary chair-islands whilst the couples and families clustered around them gave them a wide berth. (My church tackled this with rows of four chairs, the middle two blocked off, so two single people could sit in a cluster of four chairs but still be socially distanced.) All of this can build up to a single person, who may otherwise be perfectly content with their relationship status, feeling unsatisfied, undesirable, unwanted and inadequate.

Many people, particularly women, start to panic if – heaven forbid – they pass 30 without pairing off. They start to feel that they are running out of time, a sentiment that not a small proportion of people are actually told by those around them. But that just doesn’t sound like God to me. If we’re using the Bible as an example of how God works in people’s lives, we can all acknowledge that God introduces things ‘out of sync’ with the norm. People have children far later than modern medicine would deem it possible. People start their ministry young or achieve incredible things in old age. God doesn’t run out of time and decisions based on fear are rarely good decisions.

Everyone needs a family environment that they are welcome in

Another symptom of the expectation of marriage is that it so easily becomes an idol. People feel convinced that they can only do something once they’ve met their partner. They couldn’t possibly travel, get a dog, do a particular job or start a ministry before they’re married. They feel that marriage is when their life will fully start. Ultimately this pulls us out of living in, and feeling grateful for, the moment we are in. There are perks and challenges associated with being single. There are perks and challenges associated with being married. One is not necessarily better than the other.

So, what can we all do about this?

Firstly, I think it would be helpful for church leaders to be more conscious of how people in their congregation could be feeling. For some, being single will not be difficult at all. For others, it will be the greatest disappointment of their lives.

Secondly, we can take practical steps to include and promote singleness. We can invite single people to speak from the front or run ministries, add single-relevant anecdotes to sermons and go wild for celebrating house purchases, promotions and other non-relationship milestones.

Finally, and this is a big one, we need to design community in such a way that someone can be single but never lonely. This involves making space in your life for others outside of your household and family. Welcoming them in might be frustrating or inconvenient. It might mean being more flexible with your time. But that’s the price we pay for relationship. Hand a single person the key to your house and make sure they know they really can just let themselves in. Tell them they can help themselves to leftovers and watch movies on the sofa. Everyone needs a family environment that they are welcome in: there’s no need to tidy up before they get there or cook three courses, just invite them in – they can put their own dishes in the dishwasher. You can’t do this for everyone, but you can do it for someone. Show that person the same love and consistency that you would your family. Check in on their plans for Christmas and Easter.

Ultimately, single people should know they are wildly loved by Jesus and they should see that modelled around them. Even though they aren’t married, they are surrounded by love – spiritually through Christ and his Holy Spirit – but also in a physical sense by the body of Christ in the Church and the community they’re invited into.