I’m not a nun, but God called me to make a public vow of celibacy

Rev Kate Wharton did not foresee God calling her to a life without a husband and children. Here, she explains her journey, and why she chose to mark her commitment to a life of singleness with a service at Liverpool Cathedral 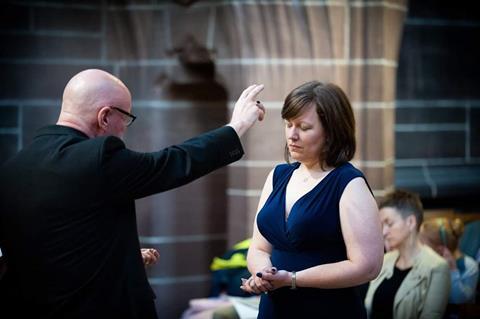 Five years ago, I made a public commitment to celibacy and singleness, in front of around 100 friends and family. It was something I never imagined doing but, nonetheless, I believe God spoke to me clearly about it; I felt called to do so.

My journey towards singleness has been an interesting one. For many years, I hoped that I would one day get married and have children. I think I probably just assumed that’s what would happen. But around 15 years ago, I was asked to speak at a seminar on singleness at New Wine’s summer gathering.

From that time on, I have spoken often on the subject – at events, festivals and local churches, both in the UK and overseas. I have also written a book called Single Minded, and a number of other chapters and articles on singleness.

During that journey of speaking and writing, I began to find that God was speaking to me about my own personal experience of singleness. I began to sense that he was offering me what I have since come to refer to as “a calling and a choice” – that is, I felt God was calling me to remain single but it was, of course, my choice whether I responded to that call.

I did so willingly and gladly, firmly believing that it was God’s best for me.

For a time, I continued to work out that calling and choice at a personal level, praying about what it looked like to live a consciously single life and, within that, to always live life to the full. However, to my very great surprise, I began to believe that God was calling me to make a public vow to mark this next stage in my journey.

I had no idea whether or not this was even something that it was possible, or what it would look like, but I began to pray about it. It turns out there are a few different ways in which one can make a commitment to lifelong singleness, even without joining a religious order.

What does it look like to live a consciously single life to the full?

Alongside some dear friends who prayed for me and supported me, I began to explore the possibilities. In the end, I decided to plan my own ceremony. In November 2017, at Liverpool cathedral, I made vows to my diocesan Bishop, surrounded by friends and family. 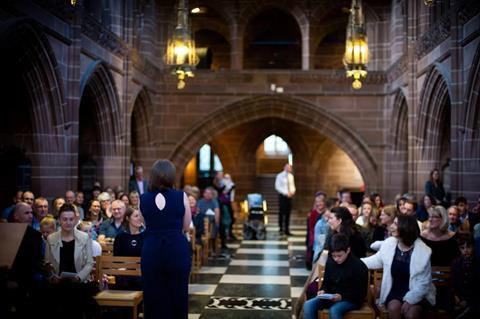 I never expected to remain single for my whole life. Even once it become clear to me what the future held, I never imagined I would commit to that single life in such a public way.

Some people have asked why I did it, why it was necessary, why it mattered to me. I can’t offer a full answer to all of those questions. I don’t know why God called me to this particular journey in this particular way, but I am as sure as I can be that he has indeed called me. I have simply sought to follow him on each new step along the way, and to be obedient to what I believe he is asking of me.

The path I have taken wouldn’t be right for all single people, but I believe it is right for me.

It hasn’t always been easy – there have been times of great pain, sadness and loneliness. I’m very grateful for the clarity and peace which have accompanied the call though. I’m grateful to God for his faithfulness through it all, and his kindness and patience with me. And I’m incredibly grateful to everyone who has, in any way, walked alongside me on the journey - especially those friends who have laughed and cried and prayed with me.

I called the service my beLOVED ceremony. The name came from a talk I heard, where the speaker said: “God called us beloved and he says ‘be loved’.”

Kate WhartonRev Kate Wharton is vicar of St. Bartholomew's Church, Roby, Liverpool and is a member of General Synod. She is the author of Single Minded: Being single and whole and living life to the full and writes and speaks on singleness