Politics cannot save us. Only Jesus can

At Easter, Christians remember that Jesus’ death and resurrection turned all our notions of power on their head. In an increasingly polarised world, where religion is often weaponised in a quest for control, Christians are called to model a different way, says Tim Farron 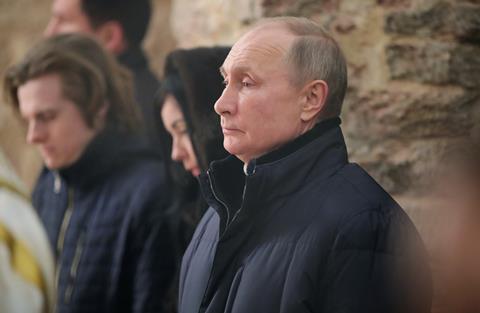 The world seems to be overflowing with war, violence and hatred. People are struggling for power. Often, Christianity gets used as a political weapon in this fight. The invasion of Ukraine is partly about Putin’s paranoia about protecting Russia’s borders and reclaiming lost power in Eastern Europe, but it is also about religion – and many Western commentators have missed this point.

Kyiv is the birthplace of the Russian Orthodox Church, and Putin’s attempt to occupy Ukraine is part of his desire to reunify the Church and build what he calls “spiritual security” into his national security.

Both Putin and Patriarch Kirill, the head of the Russian Orthodox Church, have been explicit about their efforts to shore up faith and society against supposedly liberal Western influences. Christian nationalists in the US and the UK have leapt to defend Putin’s desire to stand against what they see as the threat to Christian values from secular liberalism and the ideologies of identity politics. This is the same spirit that saw active Christian involvement in the assault on Capitol Hill last year, seeking to overthrow the Presidential election result which they believed threatened the future of Christianity in the US.

In every age, people have used religion to gain and hold onto power. We know the devil seeks to divide the Church and we should take heed of the warning in Ephesians 6 that our ultimate struggle “is not against flesh and blood, but against…the spiritual forces of evil in the heavenly realms”. Let us be wise - and wary - about any attempt to gain influence for a muscular, divisive theology. Politics cannot save us – even ‘Christian’ politics. Jesus is the only saviour.

Jesus could be combative in his language, but he was not vicious; he got angry, but he was also full of compassion

The accounts of the first Easter remind us how Jesus turned the whole notion of power upside down. He disappointed people who expected him to raise an army against the Roman occupiers. Instead, he chose humiliation and execution at the hands of the greatest political and military power of the day.

Jesus’s victory on the cross over the spiritual forces of evil, and over death itself, looked very much like failure. Instead of seeking political power, he used a symbol of weakness, shame and powerlessness to restore justice and mercy to a broken humanity.

The way of Jesus is based on love, grace and forgiveness. This does not mean he didn’t get angry with corruption – just look at the turning over of the tables in the temple courts (Matthew 21:12-13). We must fight against injustice, but this does not mean installing our own fallen version of a Christian government. While it might seem tempting to throw our support behind those who speak of standing up for Christian values against secularism and ‘wokery’, let’s be careful who we choose as bedfellows. The call for Britain and the US to shore up our Christian heritage is being used by those who seek to deepen the divisions in our society for their own gain, not to heal them.

Understanding that Christ paid all our debts on the cross means that we can live, radically liberated, from the need to rescue ourselves and ‘the Christian cause’ through political power and might. We depend instead on God’s grace, and we are called to model that grace through our politics. This is revolutionary.

Politics cannot save us – even ‘Christian’ politics. Jesus is the only Saviour

Jesus told a famous parable about a man who was left for dead by bandits but cared for by an enemy (Luke 10:25-37). His point was that everyone is our neighbor and we are to love our neighbours; this love should cost us, because all genuine love does. In response to God’s grace we are led to reflect that grace in our dealings with everyone else.

It is a huge challenge for us as Christians to seek a path through the division and avoid being hijacked by either side. Jesus could be combative in his language, but he was not vicious; he got angry, but he was also full of compassion. Paul writes in Colossians 4 that we should let our conversations “always be full of grace, seasoned with salt.” We can be provocative in our arguments, but we should not be filled with hatred for those who disagree with us.

Grace is outrageous. And Christians have spent the last 2,000 years modelling it very imperfectly. But at Easter we remember that Jesus turned all our notions of power on their head, and that he has promised us a secure future in which there will be no more war, pain, death or division. Our world and our politics desperately need this hope today.