The recently released British exile, Nazanin Zaghari-Ratcliffe, may not have exuded gratitude on her return to the UK from Iran, but she doesn’t deserve our condemnation, says George Pitcher 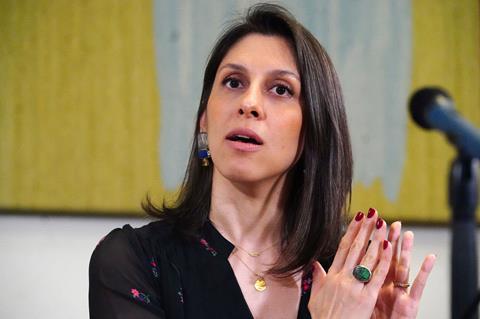 To be an exile is to be banished from one’s native land. It’s a penal condition – the exercise of a political power over a person or a people to exclude them from where they belong.

It’s also an act of humiliation and oppression. The exile is made subservient either to the domestic power from which they’re separated or to the host power by which they’re incarcerated. One thinks of Napoleon on St Helena or the Apostle John on Patmos.

The best known historical and biblical exiles are those of the ancient Jewish people by the Assyrians and the Babylonians and, originally, in Egypt, from which Moses led his people to freedom in their Promised Land.

It’s in these that we see exile, too, as a state of mind. Exiles not only have their nationhood confiscated, but their personhood expunged. To be released from that state is to be redeemed, as the tribes of Israel were, to a “land flowing with milk and honey”, singing psalms of praise and thanksgiving to their salvific God. They are not only a people again, but a free people, no longer slaves.

Which brings me to Nazanin Zaghari-Ratcliffe. She was not exiled by her own country, but rather taken captive by a foreign regime and dehumanised as a geo-political asset. That kind of captivity is not dissimilar from the Hebrews’ fate in Egypt.

Zaghari-Ratcliffe was not exiled by the government of Britain for six years in Iran, but she could have been set free far earlier had it not been for incompetence and carelessness. She referred to this in her recent press conference, citing five foreign secretaries but refraining from citing one in particular, Boris Johnson, whose indolence in that job almost certainly kept her in prison.

As a redeemed returning exile, Zaghari-Ratcliffe is expected to sing hymns of praise to her native nation, to offer thanks for deliverance. So many of the British public feel she owes a debt of gratitude to the nation to which she has returned. It’s that presumption that has fed the vile social-media hashtags that vilify her as ungrateful and in some way unworthy of release because she was not gushing on her arrival.

Those returning from unjust incarceration are expected to conform to the requisite model of the freed exile. In some respects, this is an Old Testament trope. The entire historical Hebrew Bible can be viewed as a single, extended parable: the struggle of an ancient people to understand the mind of a god who is biddable, wrathful and vengeful.

The Christian gospels offer very different parables. The prodigal son returns home to a joyful and loving welcome. At no point is he required to be grateful for that. The good Samaritan picks up and looks after the grievously assaulted traveller, who is never recorded as being required to offer thanks.

These stories – not least because they’re about men – should not be projected on to Ratcliffe-Zaghari. She owes no obeisance to her captors and oppressors, and neither does she owe gratitude to her liberators, who are simply agents of redemption. And that principle, incidentally, applies whether we refer to the world’s exiles as refugees or immigrants, Ukrainians or Europeans, friends or strangers.