Jesus wasn’t a diva and neither is Osaka: Why prioritising mental health should always be OK

The tennis star Naomi Osaka has been criticised for not speaking to the media this week. But when it comes to our mental health, boundaries are vital, argues Lauren Windle 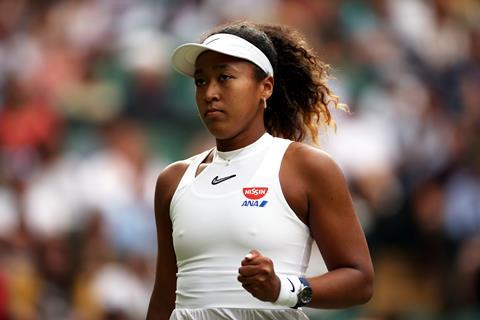 Two weeks into lockdown 3.0 I told a friend of mine I didn’t want to go for a walk because I just didn’t feel up to it. I didn’t want a Zoom coffee or a quick FaceTime catch-up, I just wanted to quietly regroup and resurface when I felt able to face the world. It’s the most honest I’ve been and, all credit to that friend, she wasn’t at all offended. She allowed me the space I needed and I’m grateful for that.

As a freelancer, I’ve never turned down work for mental health reasons. Many people who are self-employed will relate to the fear I’m plagued with: that if I’m not immediately available, I’ll never be asked again. Perhaps that’s why I respect Naomi Osaka’s decision to pull out of the French Open so much.

On 27 May, Osaka released a statement on Twitter explaining that she would not be participating in press conferences at Roland Garros this year. The backlash was ferocious, with organisers saying it was “not acceptable” and others claiming it would give her an “unfair advantage”. The Telegraph’s chief sports reporter, Oliver Brown, accused her of “diva behaviour”.

I don’t know enough of the science and psychology behind sports to know if avoiding interviews would amount to an advantage on the court, but I have long considered the “diva” accusation a lazy misogynist insult. Ironically, in trying to avoid press attention, Osaka generated more than ever, and yesterday released a second statement confirming that she wouldn’t be competing.

When the young star defeated sporting legend Serena Williams in 2018, it made both front and back pages due to Serena’s outburst at the umpire. Despite her incredible achievement, the level of attention due to the dramatics at this event triggered the onset of “long bouts of depression” for the star. She said: “I am not a natural public speaker and get huge waves of anxiety before I speak to the world’s media.”

Feeling anxious about speaking to the press doesn’t surprise me at all; most people would feel exactly the same. But being contractually obliged to fulfil this daunting task while struggling with depression and/or anxiety is, I believe, completely unreasonable.

It’s sad to think that there are talented sportspeople out there who haven’t pursued their passion because they know that success would amount to a loss of privacy. Why does sport have to come with the media circus? Can’t they just play?

The pressure to provide intimate details about your life is heightened for women. Yes, everyone will answer questions about their performance, mindset and opponents but, on the whole, only women will be subjected to comments on their appearance, body shape and outfits. Only women get accused of being “divas”. Women can feel more obliged to be compliant and people-please, delicately positioning exclamation marks in their emails and padding them out with niceties so as not to appear demanding. And this is felt all the more keenly by women of colour who have been historically branded as aggressive and pushy.

No one can accuse Jesus of being selfish or entitled. Jesus was not a diva.

The feminist element of this aside – and there is a feminist issue here – I can’t help but be concerned about the blatant lack of empathy which demonstrates that we are still not taking mental health seriously. When someone is being put on a huge public stage to perform at such an elite level, the pressure is immense. We should encourage people to go to any lengths necessary to keep their mental health strong during such a massive physical and mental trial. We should celebrate every time someone sets healthy boundaries and exercises self-care.

Yes, she may miss out on some sponsorship deals by not agreeing to press interviews, there’s even a chance it will have a negative effect on her career, but do you know what would be even worse for her career? A panic attack during the tournament. A complete breakdown. Self-medication with drink or drugs. Admission into a facility - or worse.

As Christians, we have the ultimate model for healthy boundaries in Christ. This was a man who would often quietly withdraw from the crowds (Luke 5:16), rather than feeling like he had to be constantly available.

Surely this show us that asserting boundaries isn’t selfish or entitled. No one can accuse Jesus of either of those traits. Jesus was not a diva.

So, let’s celebrate those who take care of themselves. Instead of chastising them, let’s follow their example. Turning down social engagements, work commitments or even elements of your role that, for a short time, you aren’t able to fulfil due to your mental health is not only sensible but, for some people, vital.