Competition is a gift from God. Federer and Nadal's tears prove it

The image of Roger Federer and Rafael Nadal crying together is one of the most visceral images in sport you will ever see, says Jonny Reid. It shows us how God can use competition to mould us in his image 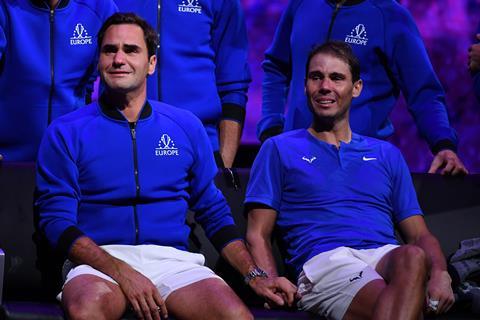 Following his final match, Roger Federer expressed a rare admiration for his rivals: “I feel extremely grateful. We pushed each other, and together we took tennis to new levels.”

This is competition at its purest. Competere – the Latin word we get competition from - means “striving together.” Federer and Nadal strove together for 40 matches and nine grand-slam finals; through it, a strong bond was forged.

However, much of the Christian literature around sport, especially at an elite level, focuses on the negative aspects of competition. In Good Game: Christianity and the culture of sports (Baylor University Press) Shirl Hoffman argues: “if one were to design a social exercise that tempts Christians towards sins such as ambition and jealously, they couldn’t do much better than a competitive sport.”

Graham Daniels, the general director of Christians in Sport, has completed a PhD on identity formation in elite professional footballers. While recognising that competitive sport takes place in a broken world, Daniels outlines how a category error drives Hoffman’s primary critique of sport.

For most sportspeople, their career will be marked by defeat more than success. Even Britain’s greatest modern male player, Andy Murray, only has a 50.3 per cent win rate. Sport is not a helpful way to establish our self-worth, and using anything so unreliable to give us identity will never succeed; we only need to look at the damaging effects of social media to recognise this.

Competere – the Latin word we get competition from - means “striving together.”

Competition, and thus comparison in sport, can give rise to healthy self-awareness. As Daniels said: “It is healthy to look in the mirror and say that: ‘Actually, I now know more about my ability and inability and I need to tweak this or that to stay at this level.’” Undoubtedly, the greatest tennis players have learned much from every match they played against one another over the years.

This dismissal of all forms of comparison as being wrong (and so with it the essence of competitive sport) comes when we put ourselves at the centre of our sport, not God.

In all we do, God grows his relationship with us through comparison for self-awareness, not self-worth. This is a beautiful gift from God: he gives us talents and loves to work with us through them to make us more like him, whether we use those talents for human success or not (see Romans 8:28-29). The key here is that our worth is not determined by what we do. God doesn’t love us based on how successful we are. We are given our identity as a child of God; it is not something we achieve.

The gift of sport and competition is not to puff ourselves up, but to make us more like Jesus. He can use the relationships formed in sport and the challenges of success and failure to grow us in godliness. What a kind God we have! He takes what we love, and are called to do, and draws us closer to himself through it.

A great example of this can be seen in how Paul uses comparison to spur believers in Corinth to greater godliness. In 2 Corinthians 8, he uses the sacrificial model of the Macedonian churches to urge the Corinthians to do likewise: “And now, brothers and sisters, we want you to know about the grace that God has given the Macedonian churches. Despite a very severe trial, their overflowing joy and extreme poverty welled up in rich generosity…I am not commanding you, but I want to test the sincerity of your love by comparing it with the earnestness of others.”

There is such a thing as a good form of comparison

From the start, Paul makes it clear that the generosity of the Macedonians is all a work of God. He also assures the Corinthians that God will do this work in them, ensuring he doesn’t fall into the shame tactics common in elite sports. Instead, Paul holds up an example of God’s work in others so that the Corinthians can see themselves more accurately, and cry out to God to help them grow in this area.

We see this in sport all the time. Roger Bannister famously broke the four-minute mile, only for three runners to beat his record less than a year later. In elite tennis, we have seen it as Federer, Nadal, Murray and Djokovic have pushed each other onto new heights, establishing mutual respect and friendship over many years of competing against one another. For Federer, at least by the end, he was thankful for the gift of competition and rivalry in making him the man he is today. Nadal ultimately knew this too.

Many rightly highlight the dangers of competitive sport, but as followers of Jesus, we need to keep asking: “What is God doing through my sport?” Pray he would use the highs and the lows to make us more like him. What a gift truly competitive sport is!