Christian nurses are facing discrimination from an intolerant NHS 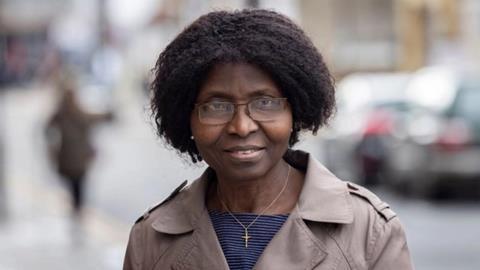 In a landmark case earlier this year, an NHS Trust was found to have discriminated against Mary Onuoha, a Catholic nurse (pictured, above) who was forced to resign during the peak of the Covid pandemic. What was her crime? She wore a small crucifix around her neck. This was deemed to be such a health and safety risk, that a surgical procedure (while the patient was lying on the table) was interrupted in a bid to discipline her.

A tribunal criticised the trust for failing to apply its dress code policy consistently since other religious expressions, namely, hijabs, turbans and kalava bracelets were permitted.

This was not an isolated incident. Another nurse, Shirley Chaplin, took her trust to court in 2013 under similar circumstances. In response, Lord Harries of Pentregarth, a former Bishop of Oxford, observed that other religions were “amongst the strongest defenders of the place of Christianity in our culture and morality”, and discrimination against Christians arose from “a few shallow-minded secularists who have a thin understanding of our history and culture”.

I grew up in Kuwait, where the state religion is Islam. My mother, an orthodox Christian doctor, wore a gold cross around her neck to work in a government hospital. Not once was she stopped from doing so by her Muslim manager, or her Muslim colleagues or any of her predominantly Muslim patients. No one objected.

Similarly, I have never heard of a Christian being asked to remove their cross in India, where we are a minority. My Indian friends were aghast when they heard of the sacking of these nurses. I am perplexed as to why they were discriminated against by the NHS when Britain preaches equality and tolerance. Not surprisingly, the results of a 2011 consultation by Equality and Human Rights Commission (EHRC) found “widespread discrimination against Christians” in the UK.

At work, due to my ethnicity, few people can guess my faith. I remember attending a staff meeting as a psychiatric trainee in an NHS unit that turned into a venomous discussion about Christians. Despite having lived in countries where we are a minority, I was shocked by the vitriol.

Later, as a trainee forensic psychiatrist, one of my supervisors, a devout Christian, cautioned me against ‘outing’, because there were many who hated us. I accepted his advice, watched, and realised he was correct.

During a case conference, a discussion about the religion of prisoners led one senior colleague to remark that there was no point in including Christians, as they were unlikely to be practicing their faith. He did not hide his contempt.

As someone who is interested in how religion interplays with mental health, I routinely ask my patients (prisoners) about their beliefs. Over the years I have learned of the devoutness of prisoners. Faced with imprisonment, burdened with the guilt of their offence, and the pain they have caused their loved ones, inmates turn to religion. Christian inmates read the Bible daily, pray faithfully, attend Sunday services and mid-week Bible study to find solace. Anecdotally, a disproportionate number of gay inmates are evangelical Christians. One gay prisoner happily informed me that his Christian pastor would be waiting outside the prison gates, on the day of his release. So, my consultant colleague, was spiteful, but wrong.

Christians seldom express their faith openly, mainly because we have been told that this would be unprofessional and offensive to patients. Unlike everyone else who should be free to express their religion, and their sexuality, expressions of Christian belief are apparently intolerable, and to be avoided. Our practised silence (until now) should not be translated as our acceptance of the holy name of Jesus Christ being profaned. One colleague threatened to leave a professionals’ meeting, unless the convenor stopped using the f-word between Jesus and Christ. Not for one moment did he consider the impact of his casual Christophobia. The HR lead in the trust I work for is now looking into this. I hope others will follow suit.

The NHS cannot be a place of discrimination for anybody, based on their gender, their race, their sexual orientation, or their religion, including Christianity. In 21st century Britain, two nurses were told they could not wear their cross to work. In his judgement, Employment Judge Dyal noted: “Stopping Christians from displaying the cross has been a feature of wider persecution campaigns” across the world. A tolerant NHS would allow Christians to express their identity without fear of reprisal.

Dr Kalpana DeinDr Kalpana Dein is a Consultant Forensic Psychiatrist who has worked within mental health services in the UK for 20 years, having graduated in medicine from Kerala, India. Kalpana is married to Prof Simon Dein, and has 3 sons. She leads Heart of Prayer an annual family prayer gathering.