From caring to killing: As an NHS doctor, I could never support assisted dying

New bills to legalise assisted dying have been lodged in both Holyrood and Westminster, while in Jersey a citizens’ jury has already voted in favour of changing the law. But Dr Kalpana Dein, a Christian and Consultant Forensic Psychiatrist, believes such a move would have devastating consequences 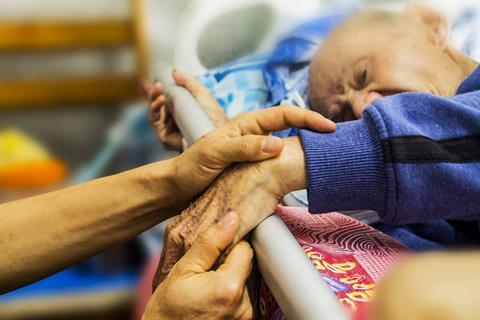 I will never forget that day.

I was a student at Trivandrum Medical College in Kerala, India. My parents, who lived hours away, were in town to visit, and I was ecstatic to see them.

When I arrived at their hotel, I was surprised to find my mother still in bed. I was unprepared for what she would tell me: “Kalpana, I have advanced cancer. I have come here to spend my last days with you.”

Within weeks, she was paralysed from the waist down and entirely reliant on carers. Her physical pain was uncontrolled by morphine or fentanyl.

As the malignancy advanced, she became confused. Only her Christian faith survived the devastation of her body.

Today, as various parts of the UK look to change the law on end of life care, I find myself wondering: Would my mother have opted for assisted suicide?

I know the answer. My mother was a doctor too. Her thesis was on Tuberculosis, which was once an incurable disease. What had reduced TB, a terminal illness, into a curable condition? The answer is simple: Research fuelled by the compassion of those who watched people suffer.

We cannot deny the power of empathy in fuelling research. Unlike vets, who must sometimes put animals to sleep, we doctors do not accept death as a treatment option. This is a great advantage to humanity. While the mad cow disease led to the slaughter of 4.4 million cattle, the Covid pandemic gave birth to vaccines.

Like all medical professionals, both my mother and I spent our careers preventing death. It pains me that physician-assisted suicide is now being offered to the mentally ill in places like the Netherlands.

The Assisted Dying Bill is a proposal to fundamentally alter medicine, from caring to killing

As a forensic psychiatrist, I also find the notion that assisted dying would offer a choice to the terminally ill, out of touch with the reality of human evil. We must not be naive or ignorant of the terrible abuses which have happened. Harold Shipman is one of the most prolific serial killers in modern history. He was a GP who was able to murder 15 patients under his care. The Liverpool Care Pathway was developed to support patients, but it was dubbed the “road to death” and accused of killing off thousands of elderly patients. Medical homocide is a real and significant danger, and while I have not witnessed anything on the scale of these two examples, I have seen NHS professionals become more focussed on preserving resources than saving lives. Legislation to bring in assisted dying would open the door to more horrific abuses.

Make no mistake, the Assisted Dying Bill which is currently working its way through the House of Lords, is not a small change to British law, but a proposal to fundamentally alter medicine, from caring to killing. It is ironic that soon after a lockdown, to protect the vulnerable from Covid-19, we want to expose them to an even more lethal pathogen, the criminal mind.

Dr Kalpana DeinDr Kalpana Dein is a Consultant Forensic Psychiatrist who has worked within mental health services in the UK for 20 years, having graduated in medicine from Kerala, India. Kalpana is married to Prof Simon Dein, and has 3 sons. She leads Heart of Prayer an annual family prayer gathering.