As a Christian I’m worried that Islam is above criticism

The British government may have decided not to formally define Islamophobia, but many councils and political parties already have, says Tim Dieppe. And that makes Islam the only religion in the UK to be beyond criticism 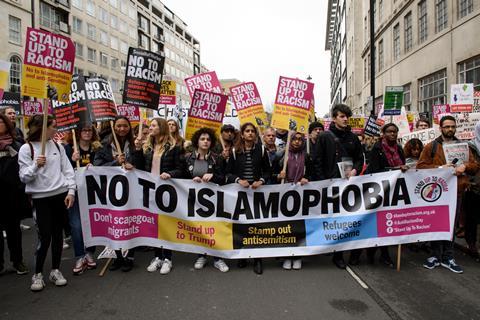 I was pleased to see the government has finally dropped plans to adopt an official definition of Islamophobia. Communities secretary Michael Gove recently told a debate on extremism that it “would be very difficult to get a precise definition,” adding: “I think there are dangers if a university or another organisation, which should be the home of free debate, uses a definition like that to police what people can say.”

Pressure to adopt a formal definition first mounted in 2018 with the publication of a report by the All Party Parliamentary Group (APPG) entitled Islamophobia Defined. They proposed the following definition: “Islamophobia is rooted in racism and is a type of racism that targets expressions of Muslimness or perceived Muslimness.”

As I pointed out at the time, this definition is hopelessly vague and highly problematic. Islam is not a race. Criticising Islamic culture, beliefs or practices is not racism. According to this definition, saying that UK law is preferable to sharia law would be Islamophobic, since sharia law is an expression of Muslimness.

The concept of Islamophobia plays into a victim mentality that society should not encourage. As a Christian, I do not want to promote the concept of ‘Christianophobia’ despite the fact that Christians are the most persecuted religious group in the world today. If we officially define Islamophobia, surely this opens the door to every other religion and minority group demanding their own corresponding definition – but is this really what we want?

Defining Islamaphobia makes it virtually impossible to avoid interpretations that encompass any criticism of Islam. A better term would be ‘anti-Muslim’, which makes clear that the view or action is against Muslims as individuals, rather than Islam as a religion. Likewise, I would be happy to use the term anti-Christian where appropriate.

One religion – Islam – is singled out for formal protection against criticism

If people are afraid to criticise Islamic beliefs or practices, their freedom of speech is dangerously restricted. Any free society must allow people to criticise, diasgree with - even mock - the beliefs and practices of others. If Islam is singled out as beyond critique, we are effectively enforcing sharia law.

When the government debated the APPG definition in 2019, I signed an open letter to the then Home Secretary, Sajid Javid, along with over 40 leaders and experts from a range of religious backgrounds, including Professor Richard Dawkins, Peter Tatchell, Lord Singh of Wimbledon, historian Tom Holland and Stephen Evans of the National Secular Society. The letter argued that adopting the definition would effectively create “a backdoor blasphemy law”.

When the government decided not to adopt the formal definition, they instead appointed two expert advisers to propose an alternative. One of these, Imam Qari Asim, was eventually removed from the role in June this year, after he backed calls for a film about Muhammad’s daughter to be banned.

Now that the government has finally dropped the plans, we might be tempted to think the battle has been won. Sadly, we are still faced with considerable problems. The APPG definition has already seeped into society’s consciousness and all major political parties, except the Conservative party, have formally adopted it. This means that if a party member expresses criticism of any aspect of Islamic belief or practice, they risk discipline and expulsion for Islamophobia.

And this is precisely what happened to former head of the Equality and Human Rights Commission, Sir Trevor Phillips, who was suspended from the Labour Party in 2020. Among the statements made by Phillips was a comment that Muslims “see the world differently from the rest of us.” Well of course they do – they believe Muhammad was a prophet, that Allah is god, and that Islam is the true religion. This is just a statement of fact, not an act of racism.

If Islam is singled out as beyond critique, we are effectively enforcing sharia law

More than a year later, Sir Phillips was quietly reinstated, without the investigation having been concluded. The roughshod treatment of such a high-profile member doesn’t bode well for others.

The case remains today that most politicians cannot speak frankly about Islam for fear of being accused of Islamophobia and thus losing their party membership. The APPG definition has also been adopted by several local councils, making it difficult for councillors or employees to express any criticism of Islam at all. We therefore currently live in a country where one religion – Islam – is singled out for formal protection against criticism, while all others are fair game. This is a very disturbing development.

I am pleased that this government has dropped plans to formally define Islamophobia. Sadly, if we get a Labour government at the next election, it looks likely that this would be reversed.

This is a significant victory, but it may be short-lived. The net has already closed in on how free people are to express their views about Islam. It may yet close further. Christians need to talk about it while they still can.

Tim DieppeTim Dieppe is head of public policy at Christian Concern, where he responds to Government consultations, interprets policy trends and helps to inform and equip the Church to engage with cultural and political issues. Tim holds an MA in Kingdom Theology.