Demi Lovato’s album cover is offensive to Christians. I’m pleased the advert has been banned

The singer’s departure from faith has been well documented. But her cultural appropriation of Christianity’s central symbols for commercial gain is symptomatic of society’s wider disregard for God, says Graham Nicholls 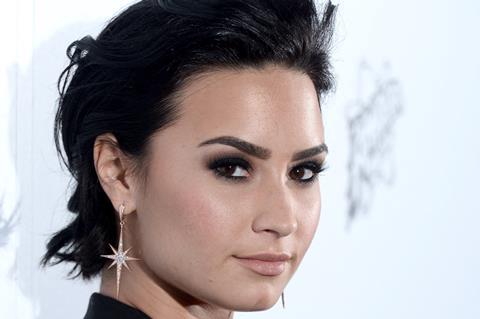 The Advertising Standards Agency (ASA) has ruled that a poster promoting popstar Demi Lovato’s new album would “cause serious offence to Christians”.

The poster, which was displayed at six sites across London in August 2022, featured an image of the artwork from the singer’s latest album cover. In it, Lovato lay on a crucifix-shaped mattress, wearing a bondage-style outfit that showed her legs bound together at the ankles. The album’s title “HOLY FVCK” was prominently displayed.

The ASA ruled that the use of what was basically a sexual swear word in the title of the album, displayed “in an untargeted medium and public place where children were also likely to see it…was likely to result in serious and widespread offence and was targeted irresponsibly.”

Some have suggested that the image was merely ‘art’; The ASA disagreed.

They also concluded that the image of Lovato “bound up in a bondage-style outfit whilst lying on a mattress shaped like a crucifix, in a position with her legs bound to one side…was reminiscent of Christ on the cross.” This, they said, taken together with the album title, meant that the “context was likely to be viewed as linking sexuality to the sacred symbol of the crucifix and the crucifixion” and therefore “likely to cause serious offence to Christians.”

To their credit, at least the ASA has recognised that many Christians may well be offended by Lovato’s album poster, and for this we must be grateful.

Many Christians feel that offence towards their faith is not often championed; that something must be pretty bad and clearly displayed in the wrong place for it to reach the required thresholds for the authorities to take action. Often, it seems that far less significant slights against another religions or interest group provokes far greater public outrage.

There is not much restraint shown in advertising, entertainment or the media these days - whether it be sexual or otherwise blasphemous content - and we should be thankful that, in this case, some has been enforced.

Perhaps it will lead other artists to more carefully consider their choices in the future.

But did Lovato’s album cover offend me, personally?

Truth be told, I had not noticed the posters until I saw this story reported in the press, and not being a Demi Lovato fan, had no idea what her latest album was called, or the image she had chosen for it.

Now I have seen it (you can view the image here if you wish) I can only conclude that, yes, it does offend me. It is deeply unpleasant and upsetting to see a crucial part of the Christian gospel mocked and made light of in this way.

It is insulting for a commercial artist to indulge in cultural appropriation of the central symbols of Christianity, and use them to promote a decidedly non-Christian message and ideology.

But am I deeply offended?

No, not really. And not because I don’t care about those who seek to trash the cross or do not hold it in the righteous awe with which it deserves to be held. I really do care.

There are limits to my offence because this blasphemy is a symptom of a much wider and deeper disregard for the God I love, and disdain for the saviour who gave his life for me on that cross.

I am deeply saddened at the over-sexualised culture in which we live which, despite the occasional setback, continues its irreverent march towards obliterating anything that is sacred and of lasting value.

But maybe, just maybe, we can use this piece of art to point to the real offence.

We need Jesus, the saviour who was actually bound to a wooden cross and who gave his life for ours, so much more than we need an entertainer who lies on a padded cushion in pursuit of her own need for self-glorification.

The challenge is: do we recognise it?