After Vigil: Most Christians agree that possessing nuclear weapons is immoral

Some of the plotlines in the BBC’s tense underwater drama may have been far-fetched, says Russell Whiting, but the series raised serious questions about the effectiveness of the nuclear deterrent - and whether we should be pursuing peace another way 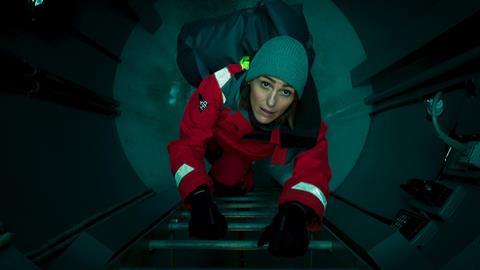 The season finale of Vigil last night left many of us on the edge of our seats.

After weeks of twists and turns aboard one of Britain’s nuclear-armed submarines many people will simply move on to the next prime time drama. But the menacing reality of nuclear weapons continues under the ocean.

There has clearly been lots of artistic licence employed by the programme makers, perhaps one of the most obvious being the naming of the ship HMS Vigil. With its connotations around religion and keeping watch, it is perhaps more palatable than the names of the UK’s actual balistic missile submarines, which include HMS Vengeance.

Who are we to gamble on nuclear ‘deterrence’ continuing to work?

One of the clearest lessons from Vigil is that all of those involved with the submarine programme, like the rest of us, are fallible and vulnerable to being corrupted. While some of the plotlines have been far-fetched, history is littered with stories of near-misses with nuclear weapons which would have had unimaginable consequences. And it isn’t just while at sea that nuclear weapons are dangerous - the warheads are frequently transported from Scotland to atomic weapons establishments in Berkshire, driven down busy public highways with full military escorts.

Most people think that nuclear weapons, and the threat of nuclear war, were left behind in the 1980s – save the occasional flaring of tensions between America and North Korea in more recent times. But Britain continues to maintain a nuclear weapons programme capable of killing millions of people and ending life as we know it.

Nuclear weapons have been a contentious issue among Christians in the past but, in recent years, a consensus has emerged that their possession - not just their use - is inconsistent with the teachings of Jesus.

Leaders from Pope Francis to Most Rev Justin Welby, Archbishop of Canterbury, as well as many others, have all urged the government to pursue nuclear disarmament rather than spending more money on nuclear warheads.

The UK’s current fleet of nuclear submarines have had their shelf-life extended into the 2030s while the long-delayed project to build four new submarines catches up. The total cost of the replacement programme is estimated at £205bn – an eye-watering sum of money which will do nothing to make the world more peaceful. Real peace and security is about having food to eat, living healthy lives and having a warm home to rest in – not having the ability to threaten mass destruction of cities thousands of miles away.

Is the current uneasy balance of power really what Jesus meant by “life in all its fullness”?

The past two years have shown the realities of the threats we face in the 21st Century. Not only does climate change continue to have an impact around the world right now, but Covid-19 has shown that the works of fiction about pandemics often fall well short of what the reality looks like. Spending money on nuclear weapons takes money away from these issues. And our continued possession of nuclear weapons makes it impossible for us to insist that other states shouldn’t pursue nuclear programmes without looking hypocritical.

Justice through the generations

The environmental crisis has forced Christians to think more seriously about our role as stewards of God’s good creation. In particular, the idea of intergenerational injustice has become more prominent. This is also very relevant to nuclear weapons. A nuclear war may seem unlikely, but its consequences for future generations could be even worse than climate change. Who are we to gamble on nuclear ‘deterrence’ continuing to work? And who are we, as one of only nine countries with nuclear weapons, to gamble with the wellbeing of the 95 per cent of countries without them? Is the current uneasy balance of power really what Jesus meant by “life in all its fullness” (John 10:10) or should we be working towards something better? Vigil is a welcome reminder that the risks have not gone away.

In a post-Brexit world, while also rebuilding from the Covid-19 pandemic, Britain has the chance to forge a new path in the world. We need to ask ourselves whether we want to continue playing this (very expensive) deep-water game of cat and mouse, or whether we want to invest our energy into collaborative ventures to tackle the real threats we face in the future – valuing others and protecting God’s creation.