Christians are too critical of the BBC. I think we should be praying for their new religion editor

As the BBC appoints Aleem Maqbool to be its new religion editor, Steve Cox, of Christians in Media, reflects on the changes in the media landscape over the past 30 years and issues a rallying cry to the UK Church to tell the story of Christ’s transforming love well 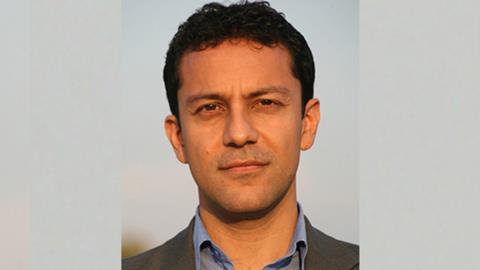 If you think I have a slightly ambivalent view of the BBC, then you wouldn’t be far wrong. But I still believe in it.

Yes, I scream when the BBC seems to deliberately poke a finger in the eye of the biblical principles of creation, gender and sexual relationships - to name just a few. I question why the BBC often opens just one window into the diverse and wonderful house of God.

It’s true the BBC has moved a country mile away from its original Reithian Charter and no longer promotes the Christian message in the way that many of us would like. But, even in this increasingly secular world, with a mix of different religions, it is still possible to uncover programming that broadcasts the heart of the Christian message. So while Auntie can be infuriating, my personal support for this valued institution remains intact.

Back in the 1990s, I was part of a nationwide campaign to change the UK Broadcasting Act (believe it or not, as recently as 25 years ago religious organisations were disqualified from simply applying for a terrestrial radio licence). When challenged, the UK civil service would argue a ‘Christian’ radio station already existed – the BBC!

When I went on local radio to talk about the campaign, I would find myself up against a local vicar openly hostile to the very notion of an alternative Christian radio station on medium wave. For many, the BBC was not just an established and much-loved institution, but a safeguard against potential American-style, evangelical Christian media unashamedly proselytising on mainstream TV and radio.

We campaigned not on a divine right to broadcast Christian programming, but for freedom of expression, freedom of religion and freedom of choice: something that resonated strongly with MPs on both sides of the house, and led to a resounding victory in Parliament.

Digital has changed the media landscape quite dramatically since that campaign. Religious TV and radio, including Christian media, are easily accessible, and the BBC has had to acknowledge - and compete in - this brave new world, while also reflecting the broadly secular nature of an increasingly diverse UK society.

I recall a former BBC employee (also a former trustee of the charity that runs Christians in Media) telling me that all journalists go into the profession with good intentions: to hold those in power to account, to call out injustice where it is seen and unseen and to be a voice for the voiceless. The same person then went onto bemoan how sensationalism and financial pressure can often be powerful, seductive incentives to move away from those worthy motives.

Like so many Christians who work in the BBC, this same person had to abide by company HR rules and regulations that might quash any overt mention of Christianity. Yet, the character of Jesus would exude from every pore of that person to find its way subtly, and quietly, into programming across Auntie’s diverse network of channels. That same aroma of Jesus would permeate staff relationships and be influential for the kingdom in ways that you and I may never see.

I am not sure whether Aleem Maqbool, the new BBC religion editor, is a Christian or not. Yes, it would be nice if he were, but I suggest it is not a matter of concern. To quote Aleem’s words when responding to his appointment, the role of religion editor is one “that focusses on telling stories associated with faith and ethics, reflecting on the complex way in which they shape our lives.” And boy, do we have a big story to tell! So many stories of transformed lives because of Jesus.

My plea is for the Church across all denominations to be creative story-tellers of the lives transformed because of Jesus. Let us be a people who disagree well, with love, and not be improperly contentious when we do not see or hear our opinions being shared. Let us be like Barnabas; great encouragers when stories of hope are shown and heard on our TV screens, radio and across social media.

Let us pray for all Christians called to serve our Lord in this crucial, diverse area of public life to be salt and light; to be influential for the kingdom. Let us pray for all media content to be filled with the love, grace and compassion of Jesus Christ. Let us pray for Aleem as he begins a new chapter at the BBC; may he see that the Christian Church in the UK is alive and well, and that we hold great stories of love and hope so desperately needed in such a time as this.

Steve CoxSteve is Chair of the Church and Media Network, which runs Christians in Media. Steve is an experienced strategic marketer and corporate communications specialist. A former Director of Communications at the Council for World Mission (CWM), Steve played a key role in managing a full-scale, strategic review of its life, work and mission. Earlier, as CEO, Steve headed up a children's cancer charity, developing long-term strategies to provide respite holidays for children and parents. He also spearheaded a successful PR/lobbying campaign to change the UK Broadcasting Act on behalf of United Christian Broadcasters. Steve spends his time writing, speaking and mentoring.