91% of Christians say mental illness is stigmatised in the Church. But the solution may be simpler than you think

How mental health friendly is your church? Tim Wyatt investigates 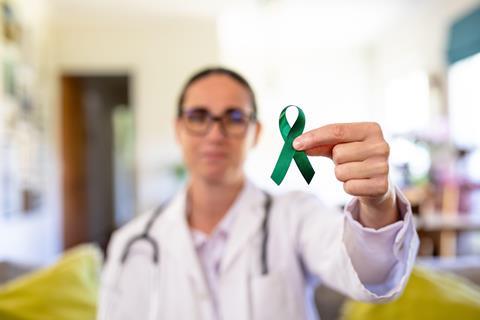 Green ribbons will soon appear on school uniforms; couch potatoes will attempt to walk or jog 80 miles before the month is out, and some churches will devote a Sunday service to that buzziest of buzzwords: mental health. Now 21 years old, Mental Health Awareness Week (9-15 May) has grown into a staple for many. But how are we caring for those who struggle with their psychological wellbeing?

Mental health charity Kintsugi Hope surveyed 1,079 Christians from various denominations (and interviewed dozens of church leaders) to reveal some striking findings. Of those polled, 43 per cent had experienced a mental health issue, significantly higher than the one-in four statistic we often hear. Of those, only 35 per cent said their church community had been particularly supportive. More concerning is the 91 per cent who believe mental health remains stigmatised, with more than half saying their church rarely or never spoke about it.

Historically, Christian spaces were the only places where those experiencing a mental health crisis were welcome. The oldest psychiatric hospital in the world, the Bethlem Royal, was founded in 1247 in London by monks. When the ‘insane’ were treated as outcasts by society, monasteries took them in, explained Will Van der Hart, an Anglican vicar and director of The Mind and Soul Foundation. But by the 20th Century, with the rise of psychology and psychiatry, this ministry was lost. Organisations such as Kintsugi Hope and Mind and Soul Foundation are working to rebuild the Church’s historic vocation, and a key part of that involves tackling stigma.

Mark Meynell, a vicar who has lived with depression, anxiety and PTSD since 2005, said it was rare to find people who are openly disparaging about mental health. But there was often an expectation in Christian circles that those struggling should suppress their emotions. After preaching about his mental health journey, several congregants said they were unhappy to discover their vicar “was not as robust as they thought or hoped, and perhaps needed him to be”.

The idea that those experiencing mental health problems are “weak wallflowers who’ve got nothing to contribute spiritually is a major stigma”, agreed Van der Hart. But telling the stories of people such as Martin Luther, Charles Spurgeon, Florence Nightingale and Mother Teresa could combat this. “These people had serious and enduring mental health conditions, and the Church is better for them.”

Depression and anxiety – the most common forms of mental health issues – are now much less stigmatised in Church and society but, paradoxically, this may have increased fear of more acute disorders, such as schizophrenia, psychosis or bipolar, suggested Van der Hart. Sally Jacobs, who has lived with bipolar disorder for more than 30 years, echoed this, suggesting the surge in post-Covid depression and anxiety was overshadowing the more complex mental health needs of people like her.

Kintsugi Hope’s research suggests that dismantling theological myths and negative stereotypes is key to reducing stigma. This includes harmful ideas such as: Christian faith should be protection against mental health struggles, mental illness is caused by a lack of belief or by personal sin, or that it s a symptom of spiritual warfare or demonic possession. Rachael Newham, who leads Kintsugi Hope’s Mental Health Friendly Church project, says that while it’s rare to hear these harmful ideas from the pulpit, the “cherry-picking” of verses that suggest Christians should not be anxious about anything often lead to those with diagnosed anxiety disorders feeling condemned. “People feel unable to talk about it when they’re struggling,” she warned.

The survey also revealed fewer than one in ten ministers had received mental health training at theological college, a statistic Jacobs described as “shocking, but not surprising”. Van der Hart added that, during the pandemic, pastors had become the “fourth emergency service” and were being asked to provide care that they’re not equipped to give. Ordinary Christians can also better equip themselves, said Newham, simply by reading the Bible more carefully. While “mental health” may not appear in scripture, the concept of shalom – wholeness, completeness, wellbeing – runs throughout. “Scripture is a lot more open and honest about emotions than the Church is,” she remarked.

The oldest psychiatric hospital in the world, the Bethlem Royal, was founded in 1247 in London by monks. Kintsugi Hope want to uncover the Church’s vocation to serve the mentally unwell at their conference in Chelmsford Cathedral later this month (kintsugihope.com/gogently)

The story of Jesus on the road to Emmaus (Luke 24:13-32) exemplifies how churches can become mental health friendly, said Newham. First, Christ allowed the disciples to speak of their hopelessness, without contradicting them. Then, he directed them to scripture. Finally, he shared in their brokenness by breaking bread with them. It’s “a beautiful picture of what it means to come alongside people” and is precisely what Christians like Meynell have longed for: “In my darkest moments, the thing I wanted more than anything [was] accompaniment. I wanted friends, not fixers,” he said.

Kintsugi Hope calls this “gentle presence”. It means seeing the person behind the disorder as a fellow Jesus follower going through a difficult time, and acknowledging their dignity and agency. Van der Hart noted that research shows the first response to someone seeking medical care sets the tone for their entire treatment journey. Similarly, with mental health: “If we really want to help people, we should…start thinking much more about how can we be an ‘alongside friend’.”