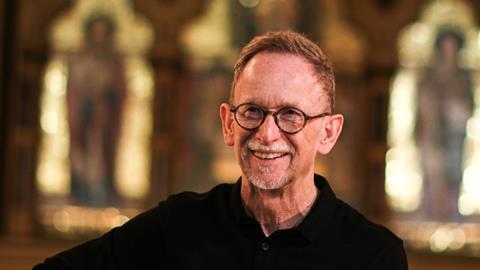 Graham Kendrick: ‘When you put the Word and the Spirit together, it’s absolute dynamite’

The father of modern worship music might be best known for penning ‘Shine, Jesus, shine’, but 50 years since the release of his first album, the singer-songwriter is going back to his storytelling roots

It’s a well-established truism that musicians are terrible at promoting themselves.

Graham Kendrick was slow to catch on that 2022 would present him with the perfect marketing opportunity. This year marks 50 years since the release of his first album Footsteps on the Sea. But perhaps the fact he nearly missed this significant anniversary is actually to his credit. This is not a man who spends inordinate amounts of time thinking about the past, as demonstrated by his decision to mark five decades of songwriting by recording new music.

Where It All Began sees him collaborate with singers Lucy Grimble and Lurine Cato MBE. The EP also contains a reimagined version of the track that launched his career, ‘Simon’s song’. He might be best known for penning congregational hits such as ‘Amazing love’ and ‘Shine, Jesus, shine’ (the latter is now fondly referred to by millennials as a “primary school assembly banger”), but Kendrick started out by writing story-based songs. The four-track EP is a tribute to that 1960s/70s era when the bearded guitarist was pioneering musical evangelism in coffee bars and folk clubs. Kendrick seems to enjoy reflecting back on those early years.

As we chat over Zoom, I discover the worship leader speaks not in catchphrases but paragraphs. Whether we’re talking about the direction of modern worship music or his reaction to the well-publicised failures of other leaders in ministry, he is the definition of thoughtful. With so much ground to cover, our conversation overran (do listen to the podcast version to glean wisdom from the words we didn’t have space to print), but I came away utterly convinced of his main thesis: the Church needs to be singing the stories of scripture.

Do you remember writing your first song?

I was about 15, in a Baptist church in south-west London. There was no social media and only two TV channels. This was the sixties, and The Beatles and The Rolling Stones were bursting on to the scene. Everything was changing culturally in a big way. I think I told my mother that I wanted to be a songwriter; I don’t think she’d ever heard that you could do that as a career. 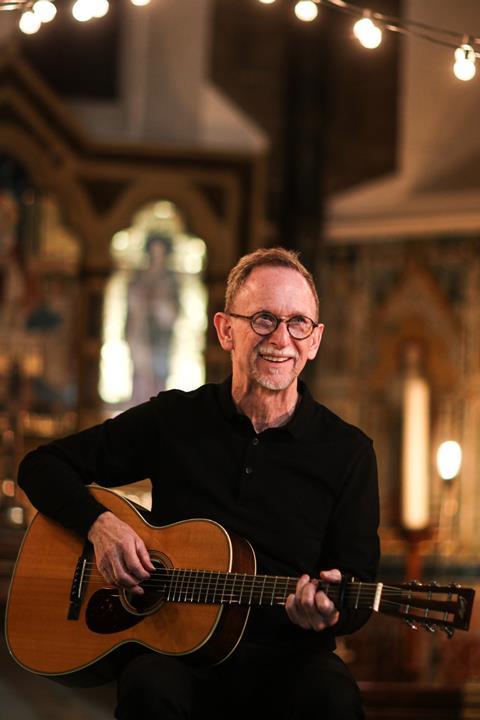 Were these story-based songs?

Yes, it was the era of the singer songwriter. The music we were listening to on pirate stations from our transistor radios was Simon & Garfunkel and Joni Mitchell. I gravitated towards that narrative storytelling vibe because I’d been brought up on Bible stories and I loved creative writing, although I was very nervous about singing. It took me years to find my voice, just through sheer terror!

There isn’t much Christian storytelling music around today, is there? It seems to have been swallowed up by worship music.

It is true. In those days, the performance concert was popular. It was before the praise and worship explosion.

I started writing songs at college where there was a very active Christian Union. If you wanted a conversation, it was no good just stating your beliefs. You had to draw people in. And telling a story in a song is a great way to start a conversation. So I would write a song like ‘Simon’s song’, describing Simon Peter encountering Jesus by the shores of Galilee. And it worked in a folk club setting. But by the time you finished it, people were sort of thinking: Hmm there’s more to this song than just this Simon guy…Oh, yes, I think this is about Jesus!

Do you remember transitioning from story songs to worship leading?

A little later, I was in a travelling mission team. As every team knows, you can have relational struggles and tensions when you’re supposed to be praying. I remember in the middle of that, a song came to mind; a prayer: “Jesus, stand among us at the meeting of our lives / Be our sweet agreement at the meeting of our eyes / O Jesus, we love you, so we gather here.” I sang it, and it helped us get Jesus in the centre. There were a few songs like that which would naturally arise. And then they got on the grapevine because of the latest technology of the day, the overhead projector! Previously, it was the era of hymnbooks, and you’d get a new edition once in a generation. But suddenly, you could scrawl the words of a song and quickly flash it up!

In 1979 the first Spring Harvest happened, but it was more like a kind of Christian Woodstock – 3,000 people, and a lot of bands. I remember Clive Calver coming up to me one evening when I was due to do a set of my singer-songwriter songs. He said: “Graham, we have a problem. We’ve got all these great bands but the people want to worship. Would you mind going out and leading worship?” I did have to take a bit of a deep breath, but I knew it was what I had to do. 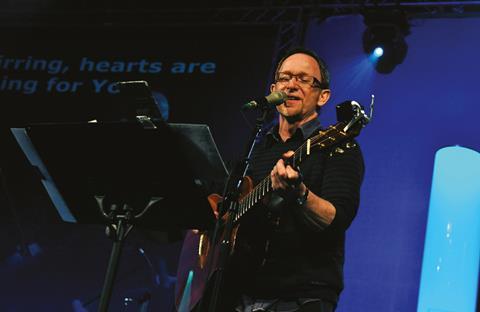 Christians now take it for granted that you can worship in that way. But are there areas we need to reassess when it comes to our understanding of what it means to worship God through song?

The renewal movement happened in groups of people who were very much Bible people. You were soaked in the word, and then you got the Spirit. But because the experiential began to become much more prominent, the teaching of the Bible started to get sidelined. If the experiential takes over, it’s easy to lose the plot. And I mean that literally, because the Bible is a story and we have a story to tell. The Bible should be the framework for how we live our lives, not subjective experiences. So I’ve always tried to put a big emphasis on telling the story. We have to restore the balance, I think. When you put the word and the Spirit together, it’s absolute dynamite.

The other thing that’s happened is the expectation that you have to be engaging with sung worship [in order] to have an encounter with God. Actually, we can encounter God just as much in the preaching, the liturgy, the personal fellowship or the word. I have felt that pressure as a worship leader, when I’ve been introduced in very extravagant terms [he puts on a deep voice]: “We’re going to welcome a man who is going to bring us straight into the presence of God.” And I think: OK, no pressure then!

Graham Kendrick with Where It All Began producer Jake Isaac. The EP is released on streaming platforms from 8 April

What has been your response to some of the public failures of church leaders we’ve seen in recent months?

I can remember in my younger days, seeing Christian leaders and thinking they were perfect. But nobody is. I know it sounds like a cliche, but we have to make sure we’re following Jesus and not just following a personality.

I think it is a lesson for us in real community. I always believed in being part of a church. Even when I’ve struggled, it was always my ambition to get my roots into a community of faith, and be accountable, because isolation is the biggest killer.

But alongside all that, I think we’ve neglected the inner life. We’ve put so much emphasis on the events when we all gather together with a great preacher or worship band. But how do we sustain our own personal worship lives? I realised early on that when I went home and had a day off, my spiritual life kind of collapsed, because it was built around the excitement and the ministry. Jesus put an emphasis on the secret place, and it strikes me that if we don’t become secret worshipers, we could very easily become secret sinners.

How did the new EP come about?

I was with Jake Isaac, who’s a very talented singer. I happened to play him ‘Simon’s song’ and he really loved it. He’d never heard about that whole era, and he asked me if I still wrote songs like that. I said: “Well, not really, because there’s not much call for it.” And so he threw down a challenge: “If you write some more songs like that, I’d love to produce them.”

We finished the recording last October and thought: What do we do with this? until somebody said: “Graham, did you realise that 2022 is 50 years since your first album?” The penny dropped – there was something to celebrate here. I think people need to know where you come from because, as you get older, people think you just appeared from nowhere. It’s important to recognise there’s a preparation time for all of us and different stages, phases and seasons. So to be able to tell that story has been a real privilege. 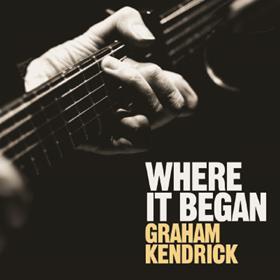 To hear Graham introduce songs from his new EP listen to Premier Praise from 7pm on Tuesday 5 April premierpraise.com

To hear the full interview download ‘The Profile’ podcast