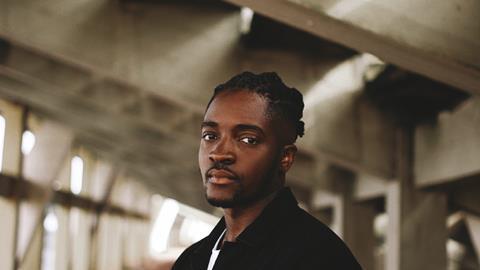 Guvna B: The pioneering rapper on grief, vulnerability and what it really means to be a man

Following the death of his father, the grime artist and author opens up about faith and doubt

Guvna B once quipped he was “too grimy for the church but too churchy for the grime scene”, yet his influence on both is considerable. The 31-year-old, born Isaac Borqyaye, is a trailblazer – a double MOBO award winner and the first rapper in UK history to top the official Christian and Gospel charts. His influence outside of the music scene is growing too – whether providing football analysis on Sky Sports or sharing his views on youth violence on the BBC. If you’re looking for a heavenly minded man who is doing a lot of earthly good, then look no further than Guvna B.

Music has long been an outlet for Guvna B to express his thoughts, opinions and his faith, and never more so than on his critically acclaimed coming-of-age album Hands Are Made for Working (Guvna Music), released in 2018 as a tribute to his father, who unexpectedly passed away a year earlier. His world was turned upside down and making music became a way of dealing with his grief.

If God is as big as we all say he is, then he should be able to deal with my doubts

But it wasn’t enough. “I needed more than a three-minute track to get my feelings out,” he explains when we connect over Zoom. Enter Unspoken (Harper Inspire), the rapper’s second book (reviewed here). Writing it was a cathartic experience, and although the topics are heavy – death, grief, toxic masculinity – there is hope and healing in the book’s pages. 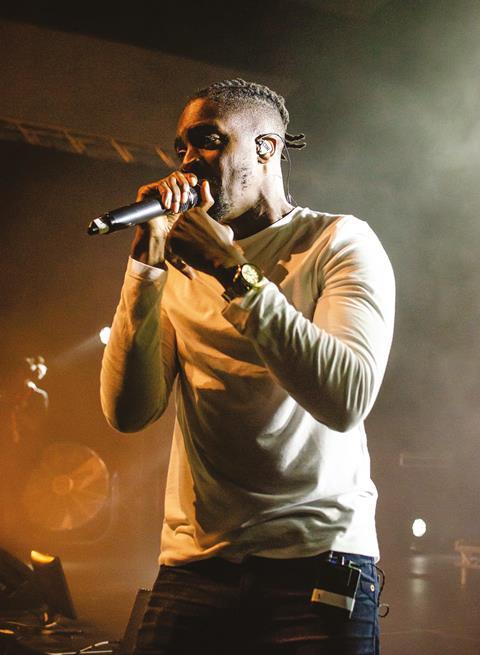 Your book has the phrase ‘toxic masculinity’ in the subheading. What does that mean?

From a young age, I was conditioned that a man is always strong, never cries, stiff upper lip, that kind of stuff.

My parents came to England from Ghana and all they knew was work. My dad didn’t really have time to be vulnerable, because he was too busy trying to make the rent. We never really spoke about feelings.

Council estate culture taught me guys can’t be vulnerable, because if you’re vulnerable, you become a victim. So I internalised everything. My friend got murdered at 15 years old. It cut me deep, but I thought: I’ve just got to get on with it – because I’m a man. When my dad died, I went into that mode again: I’ve got to do the admin around the funeral, I’ve got to be there for Mumsy, I’ve got to be strong.

Three months after that, I was on tour with Matt Redman. On the last day, I woke up feeling super-heavy. I just broke down in tears. It was like I had reached mental and emotional capacity. But after I’d finished crying, I felt this freedom that I hadn’t had for a long time. That’s when I thought: Maybe a man isn’t just someone that never cries or someone who is always strong.

When we don’t tell the people around us that we’re struggling, and we’re trying to be a macho man, that can be toxic. A man is someone that can embrace both strength and vulnerability. 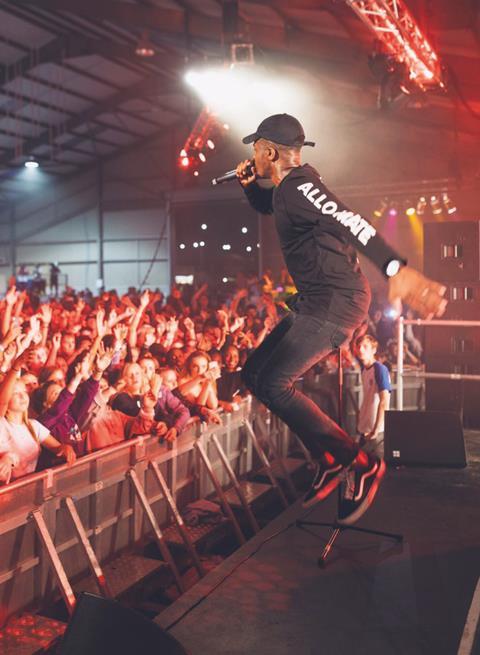 In your process of redefining what a man is, what did you learn from the life of Jesus?

He’s the perfect example. There were times he was led by compassion and empathy, and times where he cried. When I look at Jesus, I see vulnerability there. We use terms like ‘toxic masculinity’ to describe what’s happening now, and make society better, but Jesus already modelled what it means to be a man.

Do you think race or culture play a part in how open or vulnerable people feel they’re able to be?

Black people, and especially African-Caribbeans, have experienced a level of trauma that is just not normal for human beings to experience. And when you experience that level of trauma, and you’re constantly living in survival mode, it has an effect on you. If you lived through slavery, why would you want to plague your children with the details? You want to protect them from that.

If you’re white, and you’ve never had to deal with that kind of trauma, there’s a privilege there, so maybe it’s easier to communicate.

Grief is not something that you just get over

In the book, you write about your dad saying ‘I love you’ for the first time, just before he died. It was a beautiful moment, but also sad because you didn’t have the time to explore that emotion properly.

I never doubted that my dad loved me because he showed it in his actions, but he just wasn’t the kind of person that said “I love you.”

My son, Ezra, must get annoyed with me, ’cause I’m always saying: “I love you.” I think it’s really important to verbally say it. You’re right, it’s a shame my dad and I never got to delve into that side of our relationship, but hopefully I can do it now with Ezra. 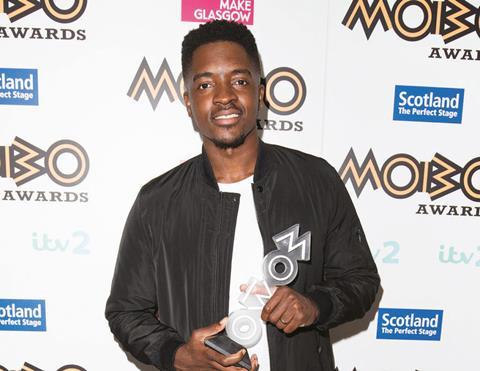 How did your friends and family respond to you following your father’s death?

I felt like I was someone that people didn’t know how to act around. They kept saying: “Are you OK?” I felt like I had to say yes, because I didn’t want to make other people feel awkward. But all that pressure was pressure that I was putting on myself. No one was expecting me to rush through my grief process. I was the one rushing myself.

I told my close friends that I was struggling. I thought no one would want to hang out with me, but we became closer through it. I realised that grief is not something that you ‘get over’. I’m still grieving for my dad, and it’s been four years. I’ve learned to embrace that he was such a big part of my life that I’ll probably be grieving forever. But you learn how to live in the new normal.

In the book you said that you and God had a lot of tension, and that lamenting and crying out to God was helpful.

It helped my faith massively. In a way, my faith was exactly what I needed, because my faith means I have a chance of seeing my dad again one day. But at the same time, I’m like: God, why did you take him away?

The tension started in my prayer life, because what do I pray? I know that he’s probably going to pass away. Do I pray for God to heal him, or do I pray: God, take him peacefully? But I don’t want to lose him yet. And then, after he passed, the tension was: I’m meant to say all these nice things to God, but that’s not how I feel. I’ve got questions. I’ve got doubts.

I grew up in a church that taught you can’t doubt God, because you’ve got to have a reverence for him, and you can’t ask him questions. It felt like my faith wasn’t authentic, because I couldn’t say what I truly wanted to. I didn’t want to disrespect him, but I just wanted to say: God, I don’t understand what’s happening. God, I don’t feel like praying. I don’t feel like doing all this stuff, because I don’t understand.

It was Psalm 13 that changed my outlook: “Lord, why have you forsaken me? Why have you left me? Why are my enemies triumphing over me?” I thought: If David can ask God these big questions, then I can too. Even though it felt awkward, it felt like a real relationship. And if God is as big as we all say he is, he should be able to deal with questions and doubts. It resulted in a more authentic relationship.

What was the effect on your marriage?

My wife would say it was the toughest point in our marriage. When I’m going through something, I like to go through it alone. But when you’re married, you have to go through things together. It took me a while to get there.

I was drinking a lot more than I should be drinking; I was trying to numb the pain. I was struggling to sleep. She encouraged us to go to counselling together and work it out. She could see that if I carried on the way I was, and carried on distancing myself from her, it wouldn’t be great for us long-term.

My wife takes her marriage vows seriously. Maybe someone else might have left me but she stuck with me, and for that I’ll be forever grateful.

Is there anything you think you could have done beforehand to prepare yourself for dealing with the death of a loved one and the grief that followed?

Even if there was something I could have done to prepare beforehand, I wouldn’t want to have done it. Ignorance is bliss. There is something pure about when life is just going OK; you’ve got your loved ones with you and you’re just living in the moment and just enjoying it. If I was thinking: One day someone’s gonna die, it just kind of takes the fun out of it. It’s like that bit in the Bible: “Do not worry about tomorrow, for tomorrow will worry about itself.” [Matthew 6:34]. So I think we should take every day as it comes.

As the Church in general, we can do a better job of preparing people for pain, so that when that happens, we don’t doubt God. But I also think that we need to try our best to be present in the moment. And if our life is joyful, we need to make the most of that, because there will come a time, sadly, when it won’t be as joyful.

I’ve spoken to people that have lost people over a long period of time; their parents have had a four-year-long battle with cancer and they’ve slowly faded away, and others whose parents have been in car accidents, and it’s been really sudden. And the one thing I’ve taken away is that no matter how it happens, it’s never easy and you’re never fully prepared. But…when it happens, just know that God is with you; he won’t leave you. You will feel lonely, but it’s not accurate. He’s with you.

Unspoken (Harper Inspire) by Guvna B is out now

Cassandra MariaCassandra Maria is the funny girl from Birmingham! Known for her comedy sketches online, love of halloumi cheese and, of course, strong Birmingham accent (although she’d disagree with the last point) Cassandra loves to entertain, whether it be in her presenting or comedy