‘We do not engage in conversion therapy’: Pastor Agu responds to Keir Starmer LGBT controversy

The leader of the Labour Party, Keir Starmer has apologised for visiting Jesus House in north London. He tweeted on Monday he was “not aware” of the church’s views on gay rights when he went to visit the vaccination centre at the church building. Premier Christianity spoke to the church’s pastor Agu Irukwu to find out more 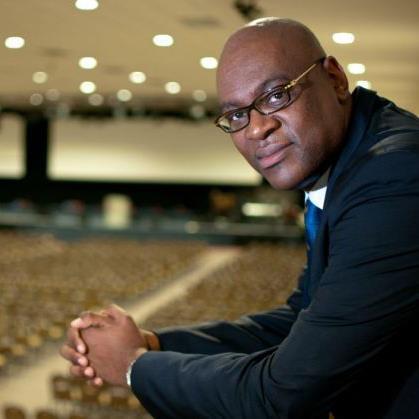 Tell us how the Keir Starmer visit came about and how it went from your perspective.

We were very concerned at the low uptake of the vaccine within Black, Asian and Minority Ethnic communities and so, working with the NHS and our Primary Care Network, we set up a pop-up vaccination centre to encourage members of our community and others who would have found it difficult to access the vaccines through the existing channels to come and have the vaccine at the temporary clinic set up at Jesus House.

Its success attracted a lot of attention, including from the Labour Party. We received an email from the Labour Party which highlighted the vital role that Jesus House has played in supporting the community during the pandemic and encouraging take up of the vaccine and a visit by Sir Keir Starmer was sought as part of the party’s ‘Let’s Vaccinate Britain’ campaign, through which Sir Keir was raising the issue countrywide by visiting vaccination centres and organisations which had been providing support.

From our perspective, the visit went very well. Sir Keir Starmer had a chance to see the pop-up vaccination centre setup, and to speak with some of our NHS frontline health care workers. He also had a chance to chat with young black members of our church and to hear their views on the vaccine and its impact on our community.

He also had an opportunity to see our foodbank operation and especially how our pop-up foodbanks are responding to the dire needs of some of the more deprived areas of our community due to the impact of the Covid-19 pandemic.

Has anyone at the Labour Party contacted you since the subsequent media storm arose?

No, I have not had any contact from anyone from the Labour party.

How would you sum up your treatment over the past 48 hours?

As a child growing up in a Commonwealth nation, one aspect of Great Britain which I found most admirable was its promotion of strong values, including fairness and justice. Over the past 48 hours, I have been disturbed to see these values eroded, especially in the courtroom of social media; we have felt prosecuted, judged, and sentenced unfairly.

Some of the language that has been directed at us can only be described as vile, abusive, hateful, and possibly criminal. It is tantamount to cyberbullying and the timing of this attack during Easter, one of the most important events in the Christian calendar, was particularly upsetting for us as a congregation.

The language that has been directed at us can only be described as vile, abusive, hateful, and possibly criminal

But Easter is also a time of forgiveness, hope and reconciliation, so we are really keen that despite all that has happened, this can still be a gospel moment.

What do you say to those who criticize you for being anti LGBT, and claim you support conversion therapy?

I have said several times that it is incompatible with being a true follower of Jesus Christ to be anti anyone. The cross reminds us that we all need Jesus.

We do not engage in any form of conversion therapy. We, as a church, provide appropriate pastoral support, including prayer, to all our members, whatever life situations or circumstances they find themselves in. This is consistent with the basic fundamentals of freedom of speech and freedom of religion and the government’s current position.

What concerns do you have for churches who hold a traditional perspective on marriage and sexuality?

I am very concerned because there are thousands of churches and millions of congregants who hold this position. At the same time, I am reassured that so many Christians around the world hold to the traditional biblical teaching on marriage.

There is an increasing atmosphere of bullying and intimidation which is a cause for concern, but we do not take our lead from politicians and others. Easter is a constant reminder that Jesus is victorious and our hope is found in him.