Living in Love and Faith: A critical assessment of the CofE's sexuality course

The Church of England has been encouraging its congregations to "grow together" on issues related to sexuality, identity, relationships and marriage. Nigel Griffiths has been taking part and helping to facilitate the church's Living in Love and Faith (LLF) course, and offers his reflections on what has - and hasn't - worked 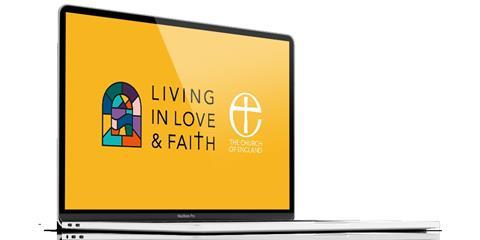 If you're part of the Church of England, you may have recently participated in the Living in Love and Faith (LLF) course. These course materials have been designed to encourage a "learning journey" among Christians on issues of human sexuality, identity and marriage.

If you're wondering what that means then you're not alone!

LLF came about after a debate at the Church of England’s General Synod in 2017 on same sex marriage reached an impasse. This resulted in the  Archbishops of Canterbury and York releasing a letter calling for a new "radical Christian inclusion". The LLF process subsequently emerged as a vehicle to help guide the leadership towards what radical inclusivity might look like. The resulting LLF Learning Hub is to be highly commended as a rich source of diverse and rigorous thinking on all sides of the debate and includes papers, podcasts, debates and a textbook written collaboratively to represent multiple perspectives.

However, by far the broadest public engagement with LLF has come through the course; five sessions using a video-led group discussion format offered in churches around the country. Each session included video testimonies, a Bible reading and a reflection on a ‘pastoral principle’. As many of these LLF courses come to a close this month, the Church of England is asking for feedback from participants on it.

It will now be up to the shepherds to gather and consider the feedback and take a lead from there.

Though I nodded knowingly during LLF briefings, I have to say it remained unclear what the overarching goal of LLF is. According to the study guide it is about, “Learning and growing together”. Yet according to the facilitator training materials it is also a process for "Engaging the whole Church in learning that feeds into discernment, decision-making…” Now these aren’t necessarily exclusive but it remains mysterious as to how feedback from course participants will impact future decision-making. In practical terms how will literally thousands of pieces of group and individual feedback be assimilated and analysed? And, in case anyone forgot that this is a discernment process, where does God fit in to all this?

From what I witnessed it seems that participating churches’ engagement with LLF took one of three forms:

When non-participating churches were asked “Why didn’t you do LLF?” one of the main reasons was either they were already ‘inclusive’ or they already taught an orthodox line and in either case saw no need to engage. They were missing the point; the opportunity to graciously engage with fellow brothers and sisters of differing perspectives was lost.

2. It happened within a church monoculture

This was true for our church. While there was minor divergence in responses we were all friends so, again, an opportunity was missed.

3. It happened within a gathering of local churches (online or face to face).

Here the LLF approach was far more successful. People learned there was more than one way of responding to the material and also learned to listen and communicate graciously and accept difference.

What did we learn?

So how did my own gently charismatic, open evangelical church respond to the course materials? Three things stood out:

1. Suspicion of a preconceived agenda towards change

Terms such as “learning”, “growing”, “discovery” were heard as implying unidirectional movement and it certainly wasn’t towards the Church’s traditional teaching over past centuries. Instead, the interpretation was the senior leadership have a desire to move away from historical teaching. But in fairness, many churches pushing for revision were equally frustrated, feeling that the course lingered unfairly on issues favouring orthodox teaching. So perhaps the balance was right?

2. The neutral stance of the course frequently gave no impression of the validity nor representativeness of contrasting perspectives

Particularly in the textbook the relentless “some say this, but some say that…” narrative wore thin.

Information was presented so evenhandedly it only really served as a conversation starter, albeit one which misrepresented the balance of traditional and current thinking. Additionally the inclusion of totally uncontextual interpretations of verses at times beggared belief. One example was the view that ‘‘In Christ there is no male nor female" (Galatians 3:28) means binary biological sex may be discarded.

3. People repeatedly said they did not need a ‘learning journey’ on contrasting viewpoints nearly as much they needed solid teaching to help them form their own conclusions.

This was a missed opportunity for LLF and I suspect most churches who reacted similarly will retreat back into their echo chambers to complete the job.

1. Colliding views on the definition of personal identity

As Carl Trueman, author of The Rise and Triumph of the Modern Self, would put it, we are all people inescapably grounded in an “expressive individualist” culture. In other words, we think, feel and express our identities from the inside out and feel entitled to have them affirmed by the wider world.

The viewpoint which says ‘According to my identity – dead to self, alive in Christ – your behaviour is wrong’, is an affront and deeply hurtful to the viewpoint that says ‘my identity is defined by my sexuality or gender preference’. But it cuts both ways. A person who is derided as hateful, hurtful or backward because of their identity in Christ and interpretation of Christ’s teaching will feel equally affronted and offended. Wherever the quest for keeping Church unity goes, these conflicting visions of identity must be recognised.

2. Does scripture drive our view of culture, or does culture drive how we interpret scripture?

The deeper question emerging in the debate around LLF is ‘What is the purpose of scripture and how do we use it?’

Do we regard scripture prophetically as "revealing all things necessary for eternal salvation through faith in Jesus Christ” (from ministers’ ordination vows and the canons)? Or does the knowledge that "All scripture is God breathed…” (2 Timothy 3:16) offer enough leeway to allow God to breath into scripture through culture?

Significant shifts in doctrine are nothing new in the past 50 years, but these have happened by weighing contrasting scriptures and re-evaluating scriptural role models (e.g. women in leadership). By contrast, particularly from an evangelical perspective, the CofE is under pressure to update its doctrine but this time only with the help of what historian Diarmaid MacCullough would call "well-intentioned theological fancy footwork".

Former Bishop of Oxford Richard Harries has argued that, rather than scripture speaking outwardly into culture, scripture should be interpreted through the lens of reason, tradition and culture. Indeed, when you review current pro same sex marriage arguments, there appears to be three different ways of filtering scripture through these lenses.

The first suggestion is scripture is redundant and does not speak into contemporary culture on matters of sexuality. In the words of Walter Wink: "Where the Bible mentions homosexual behaviour at all it clearly condemns it. I freely grant that. The issue is whether that biblical judgement is correct." Alternatively, the traditionally prohibitive Bible texts are culturally bound, no longer applicable and therefore irrelevant. As William Loader states: "[Paul’s] views are to be assessed in the light of all available information. As a result we should be free to reach different conclusions from Paul if the evidence suggests this is appropriate." Finally, it is posited that scripture should be applied at an umbrella level, appealing to over-abiding principles concerning God’s character and teachings which override traditional scriptural readings. The collection of essays Journeys in Grace and truth curated by Jayne Ozanne includes arguments including Jesus’ condemnation of hard-heartedness (Mark 3); the Bible’s overall trajectory from the newborn Garden to the redeemed and re-ordered Eternal City; the yoke of unfulfilled intimacy – "better not to burn with lust…"’. But, again, all approaches require looking at scripture reactively through today’s lived experiences rather than proactively speaking into them.

So what is emerging in revisionist arguments is not so much drawing God’s voice out of scripture as reviewing scripture in the light of culture and reason to discern what God is saying. And that is a very significant shift. While many are content to accept Sexuality and Identity as secondary to shared faith in Christ, will the suggestion that God’s authoritative Word reacts to culture rather than speaking into it prophetically be seen as a step too far?

In the immediate future a panel led by Bishop of London, Sarah Mullally, will review the outcomes and take them back before General Synod for further discussion.

The pessimist in me sighs and questions what, if any, impact LLF might have on the views of its Synod members given that most delegates appeared to have made their views clear in the build up to their election to the new Synod. One might say the same of the House of Bishops most of whose beliefs on same sex marriage are also documented. So it seems the 'learning and growing' ball is back in the court of the General Synod. However, nothing is likely to change for at least five years until the next Synodical elections. We know this because an analysis of the views of the newly elected membership by statistician Peter Ould suggests a near identical representation within both the Lay and Clergy Houses, being made up around 40% revisionist, 40% orthodox and 20% unknown or as yet undecided. Given that a minority of 33% is sufficient to block any major changes then it appears very little can change in the next five years.

Ian Paul, summarising the CofE’s attempts to review the Church’s position on sexuality over the past 40 years notes "…the discussion in the CofE has, probably for decades, not really been about evaluating different views, but about whether the different views are in any sense reconcilable.” So as the dust settles on LLF, will schism be inevitable or can the CofE live with the rift?

Church of England Canon A8 states "It is the duty of clergy and the people to do their utmost not only to avoid occasions of strife, but also to seek in penitence and brotherly charity to heal such divisions." There’s significant work to be done.