I was a Muslim, but Jesus woke me from a coma and healed me. Now my whole family believes

A record number of Muslims are converting to Christianity across the Middle East. Jamila tells her story of meeting Jesus while paralysed in a Syrian hospital 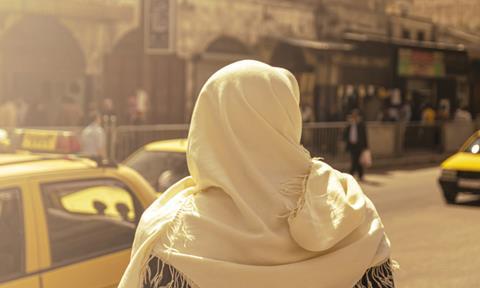 My fate was clear. It was too late for any reprieve. I was set to die, and there was nothing I could do about it. Even if I could have moved, it was no use.

I would shortly depart this world from Deir ez-Zor, Syria, like so many others during our miserable war, but it wasn’t the Islamic State that pronounced my death sentence. It was Dr Basil Hussein, one of the most respected neurologists in Syria. He explained to my family the end that he believed was inevitable.

“I’m sorry to tell the Darwish family this news, but a blood vessel ruptured and Jamila experienced a massive stroke. If only she could have had her blood pressure medicine.” He spoke wistfully.

“I know medical supplies and prescriptions are scarce and too expensive for most people, but this was preventable.” His voice was sad. “But then, maybe these days, it is not preventable in Deir ez-Zor. Jamila is paralysed on her right side, and I just don’t see how she can come out of this coma. Her vitals are extremely erratic. My best guess is that she may have a day or two left – unless Allah intervenes, of course. I apologise for saying this to you, but it’s time to plan her funeral.”

What no one in my hospital room knew was that I heard every one of Dr Basil’s words clearly. My mother and sisters burst into tears at my bedside.

I couldn’t talk, I couldn’t move. Alone in my mind, I cried at my hopeless, helpless situation. The isolation crushed me. But then, suddenly, I was not alone. The room erupted in dazzling light, and a man stood at the foot of my bed. He smiled and called my name: “Jamila, I am Jesus! I hear you’ve been looking for me.”

In my most extreme dreams, I could not have imagined this, but Jesus stood in my room! Even though I was a practising Muslim, I knew who he was. The Koran speaks of Jesus. And I’d also heard that he had been appearing miraculously to people during the Syrian war. In fact, I remembered thinking one day previously, when life was beyond hard, that I wished Jesus would visit me. There was so much hate all around. But Jesus was about love – so I had heard. And did we ever need some of that in Syria!

Evidently, he knew I had wished for his presence because he said to me: “Jamila, I know your longing for me to visit you. I’ve heard your cries. Here I am! I’ve come to heal you for my glory.”

I wondered if this was really happening, if it was a hallucination brought on by my medications or maybe it was just a crazy dream. Then Jesus touched my hand – my paralysed hand – and heat instantly diffused through my whole body.

I heard my mother shout: “Dr Basil! Jamila’s hand just moved! Did you see it?” I could hear her jump out of the chair next to my bed. Dr Basil stepped next to the bed and hovered above me with my family, looking for signs of movement. He was sceptical. “I didn’t see her move. Are you sure, Mrs Darwish?”

I could hear nurses checking monitors. Dr Basil was telling family members that my vitals did not show anything indicating improvement, when I suddenly felt like reaching out to Jesus. My right hand lifted in worship and Jesus, still at the foot of my bed, smiled lovingly at me.

I heard screams in the room and a thud on the floor as my mother passed out cold. Dr Basil yelled through the chaos: “Is she trying to grab someone’s hand?” I actually was! I desperately wanted to touch Jesus – like the woman with the issue of blood who touched the hem of his garment.

I know Jesus could have healed me instantaneously. He has the power to do that. But it’s possible that my family might have thought I just snapped out of the coma and that Dr Basil had simply been wrong in his diagnosis. So, over the next few days, Jesus healed me progressively. Each time, he touched a different part of my body.

After my hand, my right leg was next. He came in a vision the next morning and with just one finger, touched my knee. The paralysis left instantly. The next day, I gained a full range of motion in my neck and shoulders. My face muscles began to work, except that my eyes would not open and I still could not speak. But then, another day later, my eyes and mouth opened while my whole family watched. I looked straight up, my eyes staring towards the ceiling, as Jesus faded from the room.

The first words I heard my father say were: “Allahu Akbar! Allahu Akbar!” (Arabic for “God is great! God is great!”) But my first words were: “Jesus, Jesus, don’t leave me! I love you.” That certainly quieted the room! My shocked family could not comprehend the words that hung in the air.

Then: Boom! A massive explosion in the street interrupted the stunned silence. In Deir ez-Zor, peace is short lived. Even after a great miracle like I experienced, the brutal reality of war set in. Oil fields – and the massive Conoco oil facility – along our part of the Euphrates river means that in eastern Syria, no city is more coveted by international powers. Iran, Russia and America are all there.

Our morbid history includes the slaughter of Armenians by the Turks in 1915 to show that Islam “triumphed over Christianity”. And at the time of my healing, the Islamic State maintained a strong presence in the city to prove that they were the new champions of the Muslim faith. Chaos, carnage and confusion were normal in Deir ez-Zor.

After Jesus healed me, the war worsened and my family fled Syria. We could either have gone north to Turkey or south to Jordan, but the border in northern Syria was nearly impassable because of Turkey’s battle against the Kurds. So, we headed south, to Jordan.

The streets in Jerash, Jordan didn’t look much different to the streets of Deir ez-Zor. Refugees have nothing to do, so even many of the men had no work to go to during the day. But I was on a mission. I wanted to find Jesus – somehow. Where could I go, I wondered, to find out more about the man who had healed me? Obviously, I couldn’t talk openly to anyone with my family present. Although they often discussed the healing in my life, they gave credit to Allah, not to Jesus. Yet I knew the truth.

Then one day in the outdoor market, I saw a woman wearing a cross necklace. In Deir ez-Zor, you could get killed for doing that, but I guessed Jordan must be little more lax. I followed her, working up the courage to ask a question. When she stopped at a vegetable stand, I saw my chance as she was picking out cucumbers.

“Jesus healed me of paralysis when I was in a coma.” I blurted out the words and could see that I startled the woman. Who is this mysterious person in a burqa talking about Jesus? she must have wondered. “Do you know how I can find out more information about Jesus? I’m Muslim, so I think I have a lot to learn. And, hello, my name is Jamila. What’s yours?” The woman just looked at me for a moment, then introduced herself as Maria.

Jesus certainly led me to the right person! Despite my abrupt, awkward self-introduction, Maria was warm and gracious. Over tea during the next couple of weeks, we became good friends. I asked her every question I could think of about Jesus. Although I was already convinced that Jesus had all power and was the saviour of the world, I had to know what it would be like to become a believer while in a radical Muslim family.

When Maria told me that I was the one sent by God to reach my family, I was ready. I gave my life to Jesus; it is a day I will never forget! The glorious thing is that Maria was right! Over time, every single person in my family – including my father – came to faith in Christ. What a miracle! It’s rare that a whole family who practises fundamentalist Islam become believers. So, I am privileged and blessed beyond anything I could have imagined. Jesus used the miracle of my healing to open the hearts of my family.

Still, it wasn’t easy. The process took a long time and we faced spiritual warfare all the way. But my mother, father and siblings are now in the family of God. We’re a Muslim family from Deir ez-Zor that loves Jesus!

My healing was the key. Everyone saw the miracle, and how could they deny the transformation in my life? I used to be negative and caustic but today, I’m filled with the love of God.

The deadbolt clicked loudly on the heavy metal door. Curtains slid shut. One by one, women in hijabs entered furtively from a side entrance. They exchanged enthusiastic hugs and cheek kisses. Then, after a headcount, padlocks snapped into place on the door they had entered. Lights dimmed and the weekly women’s Bible study meeting for former Muslims was ready to begin. In a fundamentalist city renowned for its honour killings, no security precaution was too extreme.

Roughly a dozen women settled into chairs. Miriam, the group leader, smiled and asked each participant to introduce herself to me. I asked if they felt comfortable removing their hijabs. As the ladies gently unwrapped the coverings from around their faces, I tried not to let my jaw drop at the beauty disclosed before my eyes. Radiant smiles widened even further as they were seen for who they were.

I asked if we could hear their stories, because I knew each one had endured more than I could imagine, and I was right. The evening produced more firsthand accounts of Jesus’ miracles than I’ve ever heard in any one meeting. Jamila spoke first while Miriam translated for us. Her story is told here.

After she had shared, the group began worshipping Jesus and I encouraged them by reading scripture. We prayed for Jamila and her family. They’re believers now but also still refugees. And after years of displaced Syrians streaming into Jordan, they are often despised and rejected. Yet you would never know that by looking at Jamila’s joy filled face.

Joann Doyle is the co-founder of Uncharted Ministries, which calls believers to join God’s great harvest field among Jews and Muslims. 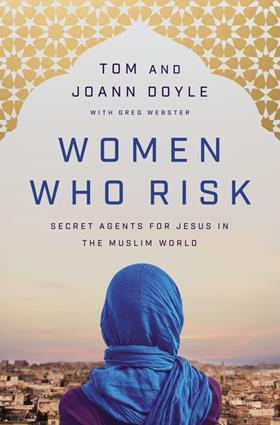 Read more testimonies in Women Who Risk (W Publishing) by Tom and JoAnn Doyle, from which this article was adapted.