As the world celebrates Nazanin’s release, let’s not forget those still in prison

Nazanin Zaghari-Ratcliffe may be a household name, but there are many other prisoners languishing in Iranian jails simply because they follow Jesus. We may not know their names, but we must continue to fight for their freedom, says Steve Dew-Jones 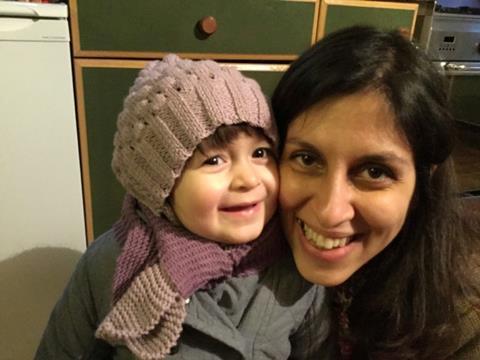 Nazanin Zaghari-Ratcliffe and her daughter Gabriella in 2016, before her incarceration in Iran

After nearly six years of unjust detention, it finally seems as though this may be the end of the ordeal for British-Iranian political prisoner Nazanin Zaghari-Ratcliffe and her family.

But while the world rightly celebrates Nazanin’s hard-won freedom, let us not forget those who still remain in detention as a result of equally absurd convictions.

It is right to celebrate Nazanin’s release, but let us not forget those who are less well known

Among them are at least a dozen Christian converts serving terms of imprisonment or internal exile because of their change of religious belief and subsequent membership of underground house churches.

As the personal tragedies of these (and many other) prisoners of conscience go on, perhaps the hardest thing to reconcile is that while some, like Nazanin, become household names, for many others, their own sufferings remain largely unknown.

Take Mehdi Akbari, for example. When Mehdi, who prefers to be called Yasser, lost his only son in December while he languished in prison, how many others mourned with him? At least one of his fellow prisoners did, another lesser-known prisoner of conscience by the name of Anoosheh Ashoori.

He is now also flying home alongside Nazanin Zaghari-Ratcliffe, though with less fanfare. During his more than four and a half years in prison, this 68 year-old British-Iranian became a personal friend of Yasser’s. But how many people have even previously heard of either of these men, let alone would be able to recognise their photographs?

Why is it that some prisoners of conscience become household names, while others endure similar torment in near-total anonymity?

So while of course it is right to celebrate Nazanin’s long-awaited release, let us not forget those whose stories are less well known.

There are many more prisoners of conscience who choose to remain silent, in the hope that this will one day help their case. Let us think, too, of them. Let us stand up for them, and continue to speak out on behalf of those who have chosen the path of silence, however lonely it must be.

And, perhaps most importantly, let us not make the mistake of attributing Nazanin’s release to any kindness or clemency on the part of the Islamic Republic, whatever their mouthpieces may or may not say about it. Whatever the reasons for Nazanin’s long-overdue release, be certain that the Islamic Republic believes it to be, ultimately, of most benefit to itself.

Prisoners of conscience and belief in Iran continue to pay an unfathomably high cost - whether known or unknown, seen or unseen - at the hands of a regime that only ever has its own interests at heart.

A call to keep fighting

Finally, let us never neglect to remember the extraordinary suffering that ordinary people like Nazanin, Anoosheh and Yasser have been forced to endure.

Nazanin has already spoken about the immense psychological torture she faced in detention, and the bewilderment of first realising she had been detained, having done nothing wrong. And who can imagine what it must have been like to be forcibly separated from your family for six long years. When her mother was first incarcerated, Nazanin’s daughter, Gabriella, had yet to grow any teeth. Now she is seven years old.

So let us rejoice with Nazanin, Anoosheh and their families, and celebrate their joyous reunions, but let us also remember others. Let us continue to count the cost, and to speak up on behalf of those whose voices have been muted, or even silenced.

Let us tell their stories to others. Let us be their voices, until freedom is obtained for all.