Wholly Buyable: The clever podcast explaining the Bible to non-Christians 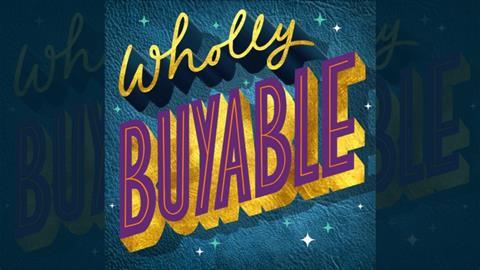 I’m reading the Qur’an at the moment, rather late in my life.

I tried it about 20 years ago but gave up, partly I suspect because I was using a version modelled on the King James Bible. This one’s a modern translation, but I can’t say it’s easy reading, even now. I’m on page 506 of 685, and when you’re counting down like that you know it’s heavy going. The other thing is while some of it’s lovely, I keep stumbling on things that make me think, Even if I were religiously uncommitted and seriously considering Islam, there’s no way on earth I’m going to agree with that.

My day job is all about the Bible, and reading the Qur’an has made me very thoughtful about how it might strike people who have no knowledge of it at all.

Enter Chas Bayfield, whose WhollyBuyable podcast is billed as ‘the Bible minus the religion’ – or, ‘a podcast for people who might never normally pick up a Bible but who feel they should perhaps know a little more about it than they currently do’.

Don’t, however, get the idea that this is some sort of secularising attempt to demythologise Scripture or that Chas is himself religiously uncommitted. On the contrary, he was a Baptist church secretary for ten years, and nothing shouts ‘commitment’ louder than that. His own day job is as a freelance advertising creative director. And what he’s doing with WhollyBuyable is really interesting.

It’s a journey through the whole Bible in episodes of about 20 minutes each. There are no bells and whistles, other than some chirpy background music. Chas just talks through the stories, using a carefully written script and managing to sound intense and sort of relaxed at the same time.

He’s very clear-eyed about the task. The Bible doesn’t have a plot, he admits; its chronology is all over the place; barely a quarter of the books contain stories. The genealogies and lists of laws seem endless. It lacks literary flourishes (for the most part, anyway). Its attitudes to women, homosexuality and slavery seem, on the face of it, extremely questionable. For all these reasons, he says, Bibles "remain the property of the already converted".

And so, he says: "I’m going to take you on a leisurely and hopefully entertaining ride through the entire book, pointing out why certain bits are here, who wrote them and how they’ve inspired the culture. Where some parts seem obscure, contradictory or controversial, I will attempt to unpack them a little, trying hard not to take sides. At no point will you be told what to believe…this is the Bible minus the religion."

Chas isn’t a minister or a theologian, but he is theologically literate and he’s done his homework. I think he manages to do something quite tricky rather well: a believer himself who knows his Bible, he places himself in the position of someone who doesn’t believe and doesn’t know anything about the Bible at all. So he largely avoids the traps most of us fall into, of assuming things are obvious when they aren’t, or that they don’t need explaining or justifying when they do.

In a LinkedIn post, Chas writes about a conversation with a lady at a party in Camden. "We were talking about Christianity and why she had no time for it," he says. "After what seemed to be a reasonably grown-up chat, it dawned on me that she thought Jesus and Moses were alive at the same time."

His conclusion is that, "Religion is a club you’re either in or you’re not. Most books and podcasts on the subject either try to draw you in, or tell you why you’re best staying out."

His podcast is aimed at filling the gap.

Chas is placing a great deal of faith in the Bible itself. As far as possible, he’s just telling the stories and helping people to understand them, and leaving the rest to God – and that’s brilliant. If you have friends and colleagues who are vaguely interested in the Bible but don’t have much of a clue, Chas Bayfield is your man.

In the meantime, I’m plugging on with the Qur’an. Only 179 pages to go.

'Wholly Buyable' is available now on your favourite podcast provider