Should the Muslim call to prayer be broadcast in the UK?

The decision to allow mosques to broadcast the call to prayer in the UK has been contested by some Christians. Are they right to do so? 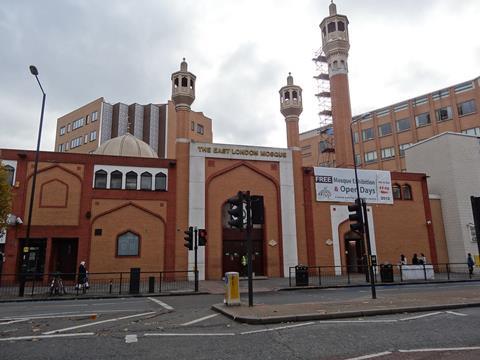 The East London Mosque, in Tower Hamlets, was one of the first in the UK to be granted permission to broadcast the call to prayer externally using loudspeakers

In 2020, much to the dismay of some local residents, mosques in Newham, East London, started to broadcast the adhān, the Muslim call to prayer.

The decision by the local authority, the London Borough of Newham to allow this, quickly provoked opposition, including from some Christians and former Muslims. It was not until after a protracted legal process, spearheaded by Christian Concern, that the permission was withdrawn when it became clear that due process had not been followed.

This is not a new issue. The East London Mosque in Tower Hamlets has been broadcasting the adhān since the 1980s. In 2008 in Oxford, a request was blocked when local residents and clergy complained, with Church of England bishops taking different sides in the ensuing debate. In 2013, Channel 4 caused a stir when it interrupted its schedule to broadcast the adhān during Ramadan.

During the Covid lockdown, amplified prayer calls were allowed for a limited period in certain places such as Birmingham. Yet, in places such as Bradford and Leicester, the call is regularly broadcast and, in other neighbourhoods still, an outside loudspeaker is used because the Friday congregation is spilling out of the mosque into an outside courtyard. This variation is because each local authority in the UK takes its own view on what is acceptable and unacceptable in terms of noise and public upset and may or may not choose to enforce their own rules.

Of course, it is completely normal in Muslim majority countries to hear multiple mosques loudly broadcasting the adhān through loudspeakers echoing across towns and cities. However, most mosques in the UK broadcast only inside the building and this fulfils the religious requirement for the performance of the five daily prayers. It is always in Arabic, and is both a statement of faith and a call to prayer:

Ashhadu an la ilaha illa Allah. (I bear witness that there is no god except God)

Ashadu anna Muhammadan Rasool Allah. (I bear witness that Muhammad is the messenger of God)

La ilaha illa Allah. (There is no god except God.)

These, of course, are controversial words. Even the fact that I have translated the word “Allah” as “God” is loaded with meaning. The statement that Muhammad is the messenger of Allah is a statement of religious – even political – belief, whether or not the listener understands Arabic.

So, what is at stake and how should Christians respond to a request to allow the public broadcasting of the adhān? How do we – or indeed who should – adjudicate in a situation of competing rights? Does your right to express yourself freely in public trump my right not to be disturbed?

The path of hospitality

For some Christians, the overwhelming priority will be hospitality, caring for others and preserving cordial relations. Permitting the adhān seems to be a sign that Muslims are being positively welcomed and integrated into society. They are comfortable in a diverse, multicultural community and will have good Muslim friends who do not have strong feelings about the prayer call. Churches ring bells, so why shouldn’t Muslims have a call to prayer? After all, following Jesus, the Prince of Peace, is not about asserting one’s rights or statements of identity. Rather, his is the path of humility and laying down one’s life on behalf of others. Treating others well should be the priority.

Other Christians, however, raise concerns about reciprocity. Christians are not allowed to build churches in Saudi Arabia, let alone ring bells, which were restricted under the rules governing dhimmis (protected minorities). The UK is, or at least was, a Christian country and the adhān is an act of proselytism, asserting a particular creed that many Christians see as incompatible with the British way of life. They would point out that, in the past, Muslims have been just as imperial and colonising as western Christians and territory once claimed for Islam, such as Palestine/Israel or Spain, is seen by some Muslims as being forever Islamic. The building of mosques and the public call to prayer are strong identity markers of segregated communities, creating a sense of spatial ownership, and greasing the slippery slope to this country becoming Islamised.

Inevitably, both positions contain elements of truth and wisdom, yet their balancing, application and implications are not straightforward. If ever Christians needed Jesus’ admonition to “be as shrewd as snakes and as innocent as doves” (Matthew 10:16) it is now.

The majority of Muslims are not pressing for the adhān to be broadcast and appreciate that amplification is not essential to their faith, any more than minarets and domes, which are just cultural symbols. After all, loudspeakers have been around for less than a hundred years, and there are plenty of other modern innovations such as smart phone apps and community radio which can do the job. Undoubtedly, some Muslims would like to have it, others may even have an agenda. However rather than antagonising their neighbours, Muslims might be wise to reflect on what it means to contextualise their faith in British society, as many are doing.

These are controversial words, whether or not the listener understands Arabic

Local authorities, too, need to be well-informed about the issues. Certainly, they should follow best practice, consulting widely and performing an Equality Impact Assessment before making a decision based on their desire to look liberal and welcoming or, alternatively, based on their own community identity politics. They need to be mindful of the possible impact of the adhān on demographics and of the potential trauma caused to refugees and asylum seekers who have fled oppressive religious regimes. They need to remember that permission once given is hard to take back.

Christians will need to weigh the factors above and come to their own prayerful conclusions. Personally, at a time of heightened identity politics and intercommunal tensions in some parts of the country, I think it is unwise to permit the regular public broadcasting of an amplified adhān, especially as it is not an essential Islamic requirement. Christians are also perfectly within their rights to make representations to local authorities if they feel that rules are being disregarded. However, both Christians and Muslims should do their utmost to build bridges and keep talking to one another about this - and many other important issues - rather than shouting at one another from across the street.

Richard McCallumDr Richard McCallum is a sociologist of religion and a senior fellow at the Centre for Muslim-Christian Studies Oxford. CMCS Oxford is a Christian research centre which brings Muslims and Christians together to relate honestly, think rigorously, and explore their respective traditions and religious texts, through teaching and research, discussion and public education.