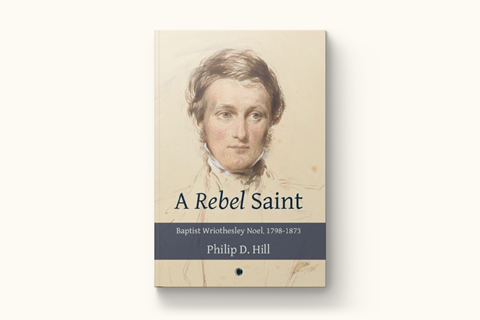 He was also an aristocrat with strong political connections, and one of the leading voices of the evangelical wing of the Church of England.

Always pushing for tolerance of non-Anglican evangelicals, he left the CofE in 1848, in the wake of a controversy about whether babies are regenerated at baptism.

He then moved just down the road to minister at John Street Baptist Chapel, where he continued working as a preacher, evangelist and organiser.

In this biography, Philip Hill argues that Noel was a modern saint, and has nothing bad to say about him. Beyond Noel’s virtues as a preacher and evangelist, it is his pan-denominationalism and his refusal to speak badly about his opponents that Hill sees as his greatest strengths.

The book is meticulously researched, but its mainly about church politics and doctrinal disputes, so it largely caters to people interested in the genealogy of their churches, rather than to the general reader.