The Da Vinci Fraud: Did Dan Brown guilty of theft? 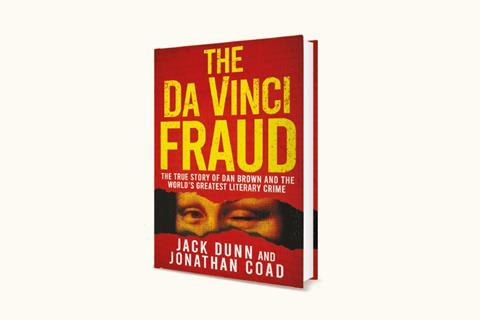 Dan Brown’s popular novel The Da Vinci Code is a work of fiction which sets the hero, Robert Langdon, on a knight’s quest to find the holy grail – a supposed last descendant of the “marriage” between Jesus Christ and Mary Magdalene.

You might expect The Da Vinci Fraud to be another piece of work exposing the lies and false history within The Da Vinci Code. It does this to an extent – but only by saying that the “facts” contained within Brown’s book were actually invented by another author, Jack Dunn, for his thriller, The Vatican Boys (Silvertail Books), which was published six years prior.

Dunn is one of several authors to claim that Brown plagiarised their work. Brown named one of his characters, Sir Leigh Teabing, after two of them – Leigh Brown and Michael Baigent, who claim that Brown ripped off their book, The Holy Blood and The Holy Grail (Jonathan Cape). Teabing is an anagram of Baigent.

In The Da Vinci Fraud, Dunn and his solicitor, Jonathan Coad, set out a convincing case of plagiarism against Brown, and the legal cases against him – all of which Brown has already won.

As the book explains, legally, there is a difference between plagiarism and copyright infringement. Followers of legal cases will find it a fascinating read, but the account builds up to a fresh legal challenge that doesn’t happen. Instead, the authors present the case for the prosecution and an imagined defence, and the reader is asked to decide Brown’s guilt.

Gavin DrakeGavin Drake is a journalist, broadcaster and event host.