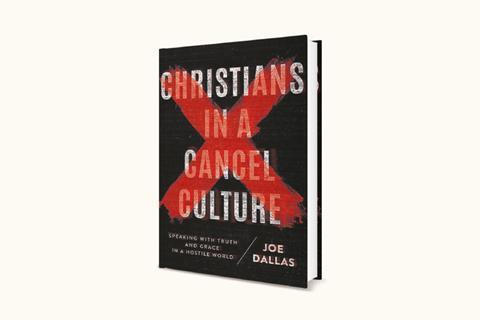 Cancel culture is an important issue for Christians to consider. It occurs when someone is publicly criticised and ostracised for articulating opinions that others consider reprehensible. At its best, it can be a form of virtuous social pressure in which racists, for instance, are held to account. At its worst, it is a form of mob bullying simply because someone holds an alternative view. We desperately need texts that will help us navigate these choppy waters.

Unfortunately, this book is not one of them. In essence, it is a conservative defence of particular social issues that are considered primary by the author. These include: abortion, homosexuality, transgender rights and critical race theory.

The book begins by outlining general principles for how we should engage in a culture determined to silence so-called “historic Christianity”. It then moves on to a defence of the ‘biblical’ position on the author’s chosen topics. In so doing, Dallas does provide some insightful comments on how to keep the conversation going, but neglects to provide evidence that his topics are primary doctrinal issues.

If you are looking for a book that will affirm you in the view that the world is going to pot, that Christians can no longer stand for traditional values and that lefty radicals are given far too much air-time, you’ll probably love this book. If you’re looking for one that will genuinely help you discern how to respond to the complexities of cancel culture, this isn’t for you.

Justin ThackerDr Justin Thacker is Lecturer in Practical and Public Theology at Cliff College. He blogs at drjustinthacker.wordpress.com and is the co-author of Micah’s Challenge: the church’s responsibility to the global poor.