'Easy on me’ comes in the aftermath of Adele's marriage breakdown. Chris Follett has been taking a closer look at the lyrics 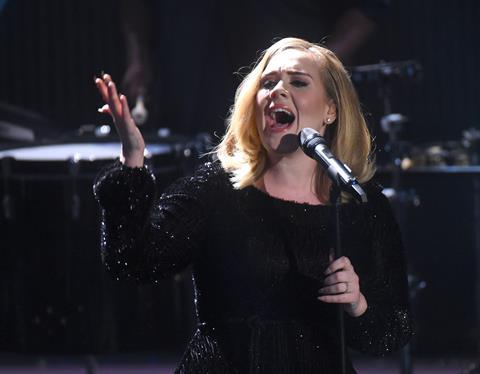 Adele’s first single from her forthcoming album 30, could be summed up as a song about her search for self-fulfilment.

‘Easy on me’ is written to her 9 year old son, Angelo. And it comes in the aftermath of Adele’s divorce from Simon Konecki - a man she was with for 7 years. Sadly their relationship disintegrated shortly after they were married.

I would not wish to speculate on the reasons for this marital breakdown, but Adele gives her perspective in 'Easy on me'. In the chorus she speaks of “not getting the chance to feel the world around me” and not having time to “choose what I chose to do”. In verse two she speaks of two people both “deeply stuck in their ways”.

Thus, the tenor of the song is quite defensive. In the bridge she speaks of her good intentions that “probably doesn’t even show”.

Of course, Adele’s lyrics cannot be separated from the power of her voice and her music. Like so many of her songs it is sung in a minor key, so listening to it is unlikely to lift your mood.

In John 15:19, Jesus speaks to his disciples and followers, distinguishing them from the world, noting that ”the world loves its own”. Adele is undoubtedly loved by the world. Yes, she has an incredible vocal talent but more than that so many people identify with her lyrics. In respect of this latest offering, the abiding sentiment seems to be that if the relationship is not working for you then move on. One wonders whether this might lead others to follow her example. Could women or men in unhappy relationships conclude that they can only realise their personal fulfilment outside of a constrictive marriage?

It may come as a surprise to some readers, but I think the Apostle Paul would be inclined to agree with Adele’s idea that fulfilment can’t come from marriage. Afterall, did he not say, “it is better for a man not to marry”. Paul’s argument in 1 Corinthians 7 is that complete self-fulfilment for the believer is likely best achieved through remaining single.

Does this mean that Paul was opposed to marriage or that marriage is somehow an inherently limiting thing? No, it is simply the recognition of the essential nature of marriage, evident from the vows taken when one enters into it. When we commit our lives to another individual through marriage it involves a necessary sacrifice of self-interest, self-advancement and, by implication, the personal fulfilment that I might otherwise attain were I completely free to pursue my own goals and dreams. Yet all this is for the betterment of the marriage relationship, and some would say that we can find a new sense of fulfilment as a couple, such as through the raising of children, that is not possible when single.

People who try to simultaneously live independent lives yet be together, invariably end up going their separate ways

Adele has a new man in her life and seems, on the surface at least, very happy. Perhaps, the irony here, is that in the end, for this new relationship to succeed, it will necessarily require of her the same sacrifice in respect of her personal dreams and aspirations, which she was unable or unprepared to countenance in her previous relationship. Likewise, it must be said, the same is necessary of her new partner. This surely, is the nature of committed relationships. People who try to have it all, so to speak – that is try to simultaneously live independent lives yet be together, invariably end up going their separate ways.

At the heart of the Christian understanding of marriage is sacrifice, for we read in Ephesians that a husband is to "love his wife, as Christ loved the Church and gave himself up for her” (Ephesians 5:25). We recognise that this is a high ideal not easily translated into the day to day of marital life. But we also recognise that such an unequivocal commitment to a spouse, worked out through our personal relationship with Christ, is the bedrock of a successful and lasting marriage.

Chris FollettChris Follett is a former youth pastor from Bristol. He is now head of maths and teaches politics at a small independent school near Tewkesbury