The social experiment where single men and women look for love and get engaged, all before meeting in person has gripped viewers. C Allan explains what Christians can take away from it 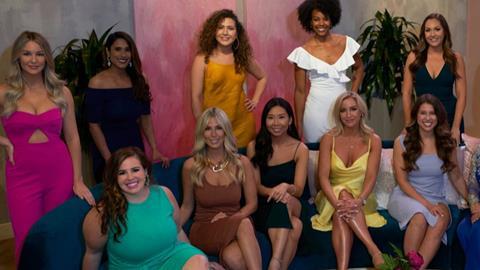 Let’s agree on two things before we discuss any romantic reality TV shows.

Firstly, we all need love. Need it. Like air or food. What we’re capable of doing in order to get a need met is extraordinary. Secondly, what it takes to sustain real love doesn’t tend to make great TV.

All aboard? OK then, let’s explore why Netflix’s Love is Blind provokes such a strong reaction.

The premise of the show is that 30 strangers will each go on dates without being able to see one another. They must attempt to form a bond through conversation alone. And if they want to see the person they’ve bonded with, they have to propose! (I’ll refrain from making too much of Rebekah and Isaac and the most famous biblical love story of engagement sight unseen. Suffice to say their cultural context was a bit different!)

After getting engaged, the couples face a condensed version of the trials of love - meeting families, navigating life, work and living habits, planning weddings and dealing with the ones who got away - before marrying (or not).

While other reality shows tend to focus on appearances and fantasy, Love is Blind goes the other way. It requires participants to dig deep and believe in a person and a way of developing intimacy that they’ve never seen or experienced before. That takes faith.

Participants in Love Is Blind know their previous approaches to romantic relationships hasn't worked. That’s why they’re embarking on such an intense and counter cultural ‘experiment’.

However, we all know that realising you need to change and actually doing it are two different things. That’s where the drama of the show arises - not just between the members of each couple, but within each person.

What we love about this show is seeing people struggle against the things they’ve been doing for years. They’re afraid of vulnerability and are focused on superficial things. They've fled family patterns rather than confronting them. This show gives them an opportunity to change.

3. The struggle is real

The conflicts the couples face in a condensed period are highly relatable.

While some shows take people away from realistic circumstances, Love is Blind forces participants into the depth of their own world and way of relating. They confront questions such as: How will my parents respond to my partner? Will we live at my place or theirs? What patterns do I see handed down from their family? How do I handle money differently from them?

Race and faith are clearly explored. Without spoiling the show, we see this in Season 2, in Shaina’s comments, Shane’s entitled attitude, Shake’s cultural hangups, and how much uphill struggle the black participants have been through.

4. Judge not, but use your best judgement

Part of reality TV’s appeal is to make us feel better about our lives. This show allows us all to be armchair couples counsellors and critics. Or pundits - it’s like a competitive sport betting on who will make it and why.

The show offers a vantage point where we can compare ourselves to others, and vent our frustrations and affections on them like a soap opera. We get all the highs of romance without any of the risk.

5. The wedding is not the end goal

The romance and drama is the starting point, but ultimately substance wins out. The reunion show takes place a year after the weddings (or lack thereof). It shows how participants’ choices and attitudes play out in the longer term. It’s rare for a programme to take such a long-term view.

But doesn't the show mock marriage?

Some have argued that shows like Love is Blind underplay the significance of marriage.

But consider this: We live in a world where committed, faithful love relationships are rarer than they were, and having one is considered an end in itself. However, marriage is a parable of God’s love for his people. Without pointing to something bigger and more enduring, human love is under intense pressure to be an end goal, and to have its own transcendent meaning. Nothing can sustain that level of pressure and expectation in a broken world.

Love Is Blind is the most our appearance and entertainment driven culture can handle of real love in our preferred “reality” format. But real love will always involve risk, acts of courage, and confronting personal brokenness. And that’s something we need to see. And it helps us to believe we can do it too.

C AllanC Allan enjoys studying the Bible, finding gospel Easter eggs in art and exploring what it means to be made in the image and likeness of God.