Why Noah's flood may not have been global

Was it a global flood, or local flood? David Instone-Brewer explains why he (reluctantly) changed his mind 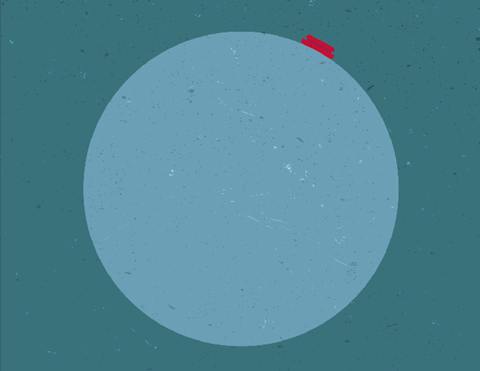 I’ve been getting a lot of heat online for saying something that I used to dismiss as heresy. Years ago, I rejected theories questioning a global flood, and then I became less certain. Lately, as I’ve looked much closer at the text, I can’t escape the evidence for a local flood. And it’s a problem. The worldwide flood in Genesis is so much part of our Church tradition that it’s hard to accept that the Bible may actually say something different.

Some of the difficulty is due to ambiguities in the original Hebrew, which mean you can translate the text either way. But the recent surprise, for me, was discovering that it’s really very difficult to read the details of the text as a narrative about a worldwide flood.

Old Testament Hebrew has a vocabulary of only 8,000 words – far fewer than the English language – so words tend to have a wide range of meanings. In Genesis 6, where the story of the flood is told, the word eretz could mean ‘planet’ or ‘earth’, but more often means ‘land’ or ‘country’ – such as the “land of Havilah” near Eden in Genesis 2:11. Similarly, the word for ‘mountain’ (har) is also used for ‘hill’ – such as the hill that David stood on to address his men in 1 Samuel 26:13. So the text is ambiguous: it says either that the waters covered all the mountains of the planet or earth, or all the hills of the land or country.

If the flood was local, the ‘land’ would be Mesopotamia, which covered 140,000 square miles of the Tigris and Euphrates delta up to the Ararat mountains in the north. If this low-lying land had a flood 45ft higher than all of its hills (as described in Genesis), it would kill the entire civilisation. And there is evidence for this happening. Ancient Assyrian histories list their earliest kings as reigning “before the flood”, and archaeologists in the 1930s unearthed evidence of flooding in this region dated to about 3,000 BC, though detailed studies remain to be done.

Alternatively, the flood could have been worldwide. After all, in Genesis 7:19, it is described as covering all the land “under the entire heavens”. However, this same phrase is also used to describe how far the news of Israel’s invasion spread in Deuteronomy 2:25. Since that news certainly didn’t reach Australia, it must mean something like “beyond the horizon”.

So far, in the narrative alone, we’re left without a definitive answer. But at Genesis 8:9, the ambiguities disappear. It says again that the waters were “over all the surface of the eretz”. But here, the context becomes key: this description is given four months after Noah saw the mountains of Ararat (v5), when the flood waters had been receding for over six months (vv3-6). This means that eretz, here, at least, cannot mean every mountain on the planet was submerged, because Noah had already seen Ararat. Therefore, it must mean “the land”, which stretched for thousands of square miles south of these mountains.

Another ambiguity in the Hebrew is whether the ark came to rest ‘among’ the mountains of Ararat or ‘on’ them (Genesis 8:4). However, we can again determine which it is from the details in the text. On its first flight, the dove couldn’t find anywhere to land (unlike the carrion-eating raven who’d have happily perched on a floating corpse). At this point, the water had been receding for months and the ark had either stopped ‘among’ or ‘on’ the mountains (vv4-6). If it had stopped ‘on’ one of the mountains, it would now have been surrounded by dry land. But the dove was unable to reach land, so the ark must have stopped in the surrounding water ‘among’ the mountain range. It had been blown north by the strong wind (v1) and, a week later, it had drifted closer. The dove reached land and came back with a fresh olive leaf.

And so to another question: where did the dove find a thriving olive tree if “every hill” was covered? If the flood was local, the olive trees on the slopes of Ararat may have been left undrowned. But if it were global, would that have been possible?

The ancient rabbis believed in a worldwide flood, and they knew the Hebrew text. As olive growers, they knew these trees wouldn’t immediately revive after eleven months under water. But they reasoned that God had protected Israel – including the Mount of Olives. It doesn’t appear to have worried them that additional miracles would then have been necessary: a seawall as tall as Everest around Israel and a 2,000-mile flight by the dove. (Doves can fly up to 500 miles with training!) However, their assumptions are the only way I’ve found to successfully interpret the actual Hebrew text as a global flood. The passage in 2 Peter 3:5-7 is often regarded as evidence of a global flood because it says this flood destroyed the ‘world’ (kosmos). But kosmos here cannot mean the whole earth because Peter contrasts it with the ‘earth’ (ge) which God created and will judge by fire. He is using kosmos in the New Testament sense of an evil world civilisation.

So I’m left with a problem: the Bible text makes it plain that this was a local flood but, somehow, it seems wrong to challenge what the Church has traditionally taught simply because we now have more information. The Church has suffered so much incredulity and hostile ridicule about the global flood that backtracking now could leave us looking weak and cowardly.

And anyway, we’d have to remove the elephants and giraffes from the Noah’s ark under the Christmas tree! And who wants to do that?

To read an alternative perspective on the flood, visit premierchristianity.com/globalflood