Why the Genesis flood was global - and why it matters

Following David Instone Brewer’s column which presented evidence for why the flood could have been local, Jonathan Sarfati shares an alternative perspective 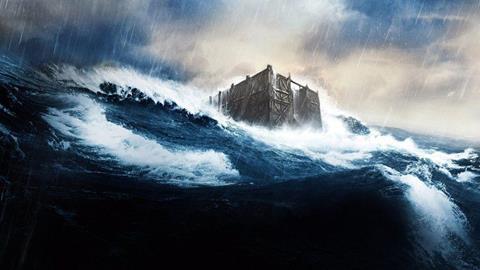 For most of Church history, both Christian and Jewish scholars almost unanimously believed that the Genesis Flood covered the whole earth.

Only since the so-called Enlightenment (18th Century) has there been dissent. The deist James Hutton decreed “the past history of our globe must be explained by what can be seen to be happening now.” No global flood is happening now, so it is ruled out a priori for the past. His hagiographer Charles Lyell, later Charles Darwin’s mentor, wanted to “free science from Moses”.

Unfortunately, many church intellectuals pretzelized the scripture to fit long ages, and minimized the flood, arguing it was local or tranquil. But why didn’t previous commentators think so? Because it is not based on exegesis of the text, but from eisegesis imposing unformitarian ideas upon the text.

There are very good reasons from the text to believe God intended to teach a globe-covering flood. That’s why most exegetes throughout history believed it, until they were intimidated by long-age ‘science’.

2. Peter 3:6 affirms the Genesis Flood account: “the world that then existed was deluged with water and perished.” Peter even uses the verb kataklyzō, related to the LXX description of this Flood.

3. God piles up universal quantifiers in this account, so much that one wonders how he could have made it clearer. Genesis 7:19–23 reads: “And the waters prevailed so mightily on the earth that all the high mountains under the whole heaven were covered. … And all flesh died that moved on the earth, birds, livestock, beasts, all swarming creatures that swarm on the earth, and all mankind. Everything on the dry land in whose nostrils was the breath of life died. He blotted out every living thing that was on the face of the ground, man and animals and creeping things and birds of the heavens. … Only Noah was left, and those who were with him in the ark.”

Local flood advocates point out that the word ‘all’ (Hebrew kol) can be used in a non-universal sense. Sure, if isolated, but not in the context of so many rammed together. Commenting on “all [kol] the high mountains”, H.C. Leupold writes: ”Yet since ‘all’ is known to be used in a relative sense, the writer removes all possible ambiguity by adding the phrase ‘under all [kol] the heavens.’ A double ‘all’ (kol) cannot allow for so relative a sense. It almost constitutes a Hebrew superlative.”

Another problem is that trying to avoid a global flood creates far more problems than it solves:

1. Why did God bother Noah with a massive Ark? He could have walked to the other side of the mountains and avoided it. After all, much later, Lot merely needed to get out of Sodom and the surrounding cities to escape their destruction (Genesis 19). And why bother putting land animals and birds on it; they can migrate great distances?

And why was the Ark the size of an ocean liner? Because it needed to be large enough to hold all the kinds of land vertebrate animals that were alive at the time! If only modern Mesopotamian animals were aboard, the Ark could have been much smaller. The Ark was specifically for keeping Noah’s family and the animals alive during the Flood (Genesis 6:18–22,7:23, 8:1). Thus its size indicates a universal cargo of animals.

2. God would have repeatedly broken his rainbow promise (Genesis 9:11–16) never to send such a flood again, because there have been many local floods since then.

3. What local flood lasts for a whole year? In fact, nine months after the flood began, Noah sent out a dove that could not find anything on the first trip. Yet doves have powerful flight muscles - a third of body mass - and can fly hundreds of kilometres in a day. A week later, all it could find was an olive leaf. This implies that olive trees were now starting to sprout - they can readily grow from seeds and branches (vegetative propagation). Only a week after that could the dove find a dry place to nest.

4. How could the waters rise to 15 cubits (8 metres) above the mountains (Genesis 7:20)? Water seeks its own level. It couldn’t have risen to cover the local mountains while leaving the rest of the world untouched.

5. Mesopotamia is bowl-shaped, open towards the Indian Ocean. What magical force kept the flood over the land for a year instead of flowing into that ocean? And when the flood finally abated, how did the Ark end up in the mountains of Ararat, the opposite direction from the ocean?

Once the foot was in the door to question the Bible’s history on the age of the earth and the flood, Darwin flung it wide open. He reasoned: if gradual changes in geology over vast eons can explain the rocks we see, maybe gradual changes in biology over vast eons explains all the living creatures we see. I.e. geological evolution led historically and logically to biological evolution.

The only answer is to return to trust in the Bible’s historical account in Genesis. A global flood is a vital part. In many physical processes, intensity can be traded for time. An intense cataclysm means no need for vast eons of time. And without eons, evolution is impossible! (Not that it would be possible with eons either: vast ages are necessary but not sufficient).

This article has been published as a response to David Instone-Brewer’s article, which you can read here