What standing in line at Disneyland taught me about leadership 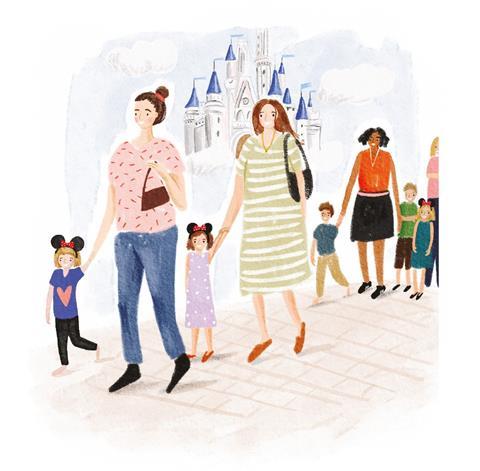 When my kids were younger, we went to a theme park owned by a large mouse. Much of that day was spent standing around, waiting to meet a princess or other Disney character.

The long queues held no benefit for us as parents, but our willingness to stand in them meant we enabled our children to realise a dream. The desire to see them enjoying themselves made standing in line worth it. The longer I have led, the more I have understood that this is a crucial part of leadership.

When God first spoke to me about ministry, I didn’t get a verse about being an Elijah or a Moses. Instead, I got Exodus 17:10-13, where Aaron and Hur held Moses’ arms until the battle was won. I knew from the start that God was asking me to not look for visibility but be willing to get in line to help others in their vulnerability.

Often we are enthusiastic about the leadership ‘ride’, but not so keen to stand in line. When we were at the theme park that day, I noticed there was a second line for single riders; if you were willing to ditch your group, you could bypass the wait and experience the ride right now.

In ministry, I have seen the single-rider option become increasingly popular, leading to the discarding of things or people that we believe may slow us down, as we instead opt for autonomy and independence.

In Matthew 20:28 it states that Jesus “came not to be served but to serve” (NLT). He came for others, to lift the arms of the broken, the lost and lame. Jesus was drawn to people who had that same spirit. Mark 5:21-43 tells us of one such account.

A man named Jairus had waited all day to see Jesus, not for his own needs, but for those of his sick daughter. Jesus was about to speak with him when he was interrupted by a woman with an issue of blood. As Jesus turned his attention from Jairus the news came: “Your daughter is dead.

There’s no use troubling the Teacher now” (NLT). As Jairus was about to step out of the line, Jesus turned and told him to wait, saying: “Don’t be afraid; just believe” (Mark 5:36). The story of Jairus and his daughter exemplifies why we often prefer the single-rider option.

At times, it can feel unrewarding to stand in line for others. Weariness can make us contemplate leaving our line; disappointment can tell us there’s no point waiting any more. But if Jairus had left the line, he would have missed Jesus upgrading his miracle from healing to resurrection.

When our children were tired of waiting for those rides, immaturity would speak and they would plead with us to exit the queue prematurely. We helped them refocus on why we began this and the purpose for their patience.

There are times that we, too, have to remind ourselves what and why we are in line. I will forever treasure the moments when, after all that waiting, our children’s dream was realised. And, as a leader, there is no greater joy than seeing a victory secured because you stayed in line for others.

Let’s close down the single-rider option and get back to arm-holding, so more victories can be secured for God’s kingdom.

Charlotte GambillCharlotte Gambill is an international speaker, teacher and author who has been in church leadership for 28 years. She mentors leaders across the world through her course ‘The Collective’, and is the teaching pastor at Church of the Highlands, USA.