Learning from Moses: 4 lessons every Christian leader needs to know

Leadership is a gift from God, but we’re not meant to go it alone. Alan Wilson unpacks four key insights from the life of Moses to help us along the way 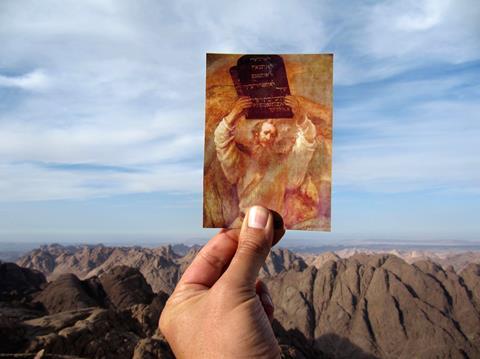 No leader suddenly arrives on the scene complete with perfect wisdom and maturity. Whatever predisposition to leadership he or she may have been born with, the leadership journey will be a series of life lessons.

These lessons are not novel. The ancient story of Moses is a rich account of one person’s leadership journey.

Here are four lessons every leader needs to learn from the life of Moses:

1. You don’t get there by yourself

The opening chapters of Moses’ story are a reminder that our earliest circumstances fundamentally shape us as leaders – and they are completely removed from our control. Think about the time and place of Moses’ birth and the decisions of his mother and sister. Had it not been for their courage and ingenuity, we are unlikely to have ever heard of Moses. Their decisions shaped his future.

Isn’t it humbling to realise that some of the most fundamental destiny-shaping decisions in any leader’s life may have been taken when we were totally unaware of them? Like Moses, none of us is likely to get far without the influence of others. A friend once put it brilliantly when he told me that if his life was a film, the credit list would be long.

Why not take a moment to reflect on the people who have helped to shape you?

2. You can expect to be criticised

Dealing with the grumblings of those he led was a major part of Moses’ leadership journey. Whether it was complaints about food and water, or accusations (even from his own family) that he seemed to consider himself above everyone else, his story is replete with incidents of negativity.

Anyone who has been in a position of leadership for any length of time has probably discovered that dealing with criticism comes with the role – like an unwritten item on the job description. Painful as it is, leaders need to learn how to deal with it.

If your life was a film, the credit list would be long

It is important to distinguish between the harsh, personal criticism that emanates from professional fault-finders and the conflict and critique that are sometimes necessary if we are to grow as leaders. Leaders must also learn when to hold their nerve. No doubt there are plenty of stubborn leaders who remain impervious to any kind of advice and who refuse to alter course when they really should, but there are also times when you will need to persevere in the direction you believe you have discerned from God.

3. You are not the finished article

It was a great personal tragedy for Moses when he found himself barred from entering the promised land. No doubt many of us have scratched our heads, wondering at the perceived severity of his punishment for striking, rather than merely speaking to, the rock. For all that he had been provoked (see Psalm 106:32) he had failed to honour God – ironic, because Moses’ finest moments had previously come when he chose to put God’s honour above his own comfort and prestige.

Anger seems to have been a character trait in Moses’ early years. It was righteous anger that led him to intervene as one of his people was mistreated by an Egyptian, and to him smashing the stone tablets as the Israelites descended into a festival of idolatry with the golden calf. But now it was misdirected anger – a failure of character – that led to his disobeying God.

Sadly, it is too easy to find examples of leaders whose leadership has been derailed by a failure to deal with character issues. We must never allow ourselves to become so complacent that we view ourselves as the completed article.

4. You need a long-term perspective

Every leadership assignment has a shelf life, and no human leader gets to lead forever. Good leaders will want to take whatever steps they can to ensure the future wellbeing of the people and organisation they lead.

As Moses came to the realisation that there would be no reversal of the Lord’s decision to keep him from the promised land, his mind turned to the welfare of the people he would eventually leave behind. His desire was that the Lord would not leave them leaderless, “like sheep without a shepherd.” (Numbers 27:17). It turned out that the answer to his prayer was staring him in the face. So it was that he commissioned Joshua, urging him to “be strong and courageous” (Deuteronomy 31:6) as he took up the baton of leadership.

It’s not clear whether Moses had intentionally marked Joshua out to be his eventual successor, but it’s worth taking time to explore the relationship between the two men during Moses’ leadership years: preparations for succession had effectively been going on for decades.

Make sure you have a long-term perspective, one that goes beyond the span of your own leadership.

Alan WilsonDr Alan Wilson is a Bible college teacher and author from Northern Ireland. His recent book, ‘The Crucible of Leadership: Learning from the Story of Moses’ (Instant Apostle) is available from a range of outlets.